These are unusual and dark times, and unusual times call for extraordinary measures. Our world is burdened by despair, division and death — and that was true before the coronavirus pandemic hit us.

Even ahead of the virus, we saw our spiritual adversary at work. Light confused with darkness, truth with untruth and life with death. Not just out there in the world but also amongst our people of faith. There were 150 thousand deaths of despair last year. As of this writing that’s well over twice the number of coronavirus deaths to date. Anxiety. Depression. Loneliness. Exploding in every demographic. And that’s before corona. Yes, a spiritual death has been on the march for a long time.

I compare it to the final season of Game of Thrones. White Walkers have been on the march. People here in the U.S. – like the people south of the Westeros’ Wall – are trying to figure out how to survive and, if possible, thrive.

As people of faith, we know how to survive and thrive. We know how, as the New Testament has it, “to seize the life that is truly life.” For those of us who know and believe in light and life, an extraordinary opportunity exists right now.

That’s why I’m on a campaign to restore the soul of America. I love this country and I love the people in it. And I believe we are more than what we’ve become.

Since my youngest days, I’ve been wrestling with who we’re supposed to be as people of God. When I was nine years old in my extremely fundamentalist church, I found myself in a theological argument with an elder who was saying God was against interracial marriage.

Even at nine, I was perplexed. No way the God that I knew was about that.

I left home at seventeen in search of some answers about God and His children. I hitchhiked alone across the country for the better part of a year and found America filled with beautiful, broken people, just like me. People of every color — young, old, rich, poor — with ideals that ran the gamut from the most liberal to the most conservative.

I’ve been on a journey since those early church beginnings, winding through worship and fellowship experiences of nearly every denomination there is. This wasn’t “church shopping” or whatever you want to call it. This was finding people of unbelievable faith because there’s so much richness in all those spaces.

At its core, this story was anchored in a vision God put in my heart when I was very young. That vision told me that what binds us all together is far greater than that which separates us.

But something happened to me in 2016. I watched how many of our religious leaders conducted themselves. Many senators and governors I knew, including people of faith, stopped speaking the truth. They compromised on cornerstone principles of who we as a Church are supposed to be together, as children of God in America. They traded these principles for power, trading credibility for influence.

I felt the same way about this as my nine-year-old self felt about racism in the Church: there’s no way the God of the universe can be about this.

I literally couldn’t sleep. I became, in some ways, a broken person. I had to do something. I left my own political party to start a third party initiative I called Better for America. Troubled by the state of our country, I ran for the United States Senate of Massachusetts under the banner of uniting America. The thing I was proudest of, my management team was black, white, Asian and Latino. But even better, it was full of Democrats, Independents, members of the Green Party and Republicans.

What I found out there on the campaign trail was well beyond the reach of politics. At thousands of events and meetings, I looked into people’s eyes and saw their anger. I understood it. Our leaders often drive us to anger like that.

But underneath that anger, I saw fear, pain and sadness too.

I lost my bid for Senate, but I realized the real campaign wasn’t over yet. The spiritual core of my team stayed together. Nearly eighteen months ago, before anyone ever heard of coronavirus, we saw the death and despair and division already out there in America, and knew we needed an American awakening.

Is that crazy? Probably a little.

Is it good crazy or bad crazy? Only God knows and time will tell.

Now, we vow to employ any possible tool to tell people they were made for purpose and meaning, that God loves them and there’s more for them. And along with our books and podcasts and concerts and gatherings, my teammates helped me see the greatest instrument of all is God’s people together: the Church.

We have the greatest opportunity as Christians to change the world in my lifetime. People’s spirits are crushed by the lies of the day. There’s nowhere to turn. They’re lost. Depressed. Anxious. Lonely. They are literally killing themselves at astounding rates.

People need us. God’s story has the light and life and transformation that people are looking for, but they need to see that it’s working for us before they accept our help. They need a living witness of redemption and sacrifice. They don’t need to see people of faith devoted to getting power at any cost. They can find plenty of examples of that outside the Church.

There is a path. There is a way. We can only get there if we allow our souls to be rebuilt and if we commit to do this together. Because when the White Walkers come, what do you do if you want to stay alive and keep others alive? You put aside your differences and you fight for life.

In the Church we’re weighted with political entanglements, tribalism, trifling disagreements and, too often these days, irrelevance.

Wouldn’t it be amazing if we could flip that script and live a sacrificial Christianity instead of a triumphalist and tribal one in search of power? Because that’s what the world needs.

But in order for that to happen, we have to let God change us first, both personally and collectively. For example what if, inside the Church, we’re each supposed to look different, sound different and think differently from one another? Think about Paul’s mindblowing, world-changing line in Galatians: “We’re not Jew or Greek, male or female, slave or free, but one in Christ.”

Paul was talking about opposite ends of every spectrum in his world being brought together. Let’s bring those amazing words to today’s world. We’re talking about Republican and Democrat, socialist and capitalist, police officer and police protester, taking up each other’s legitimate concerns.

Are we ready for that?

In this cool Christian world, we’re probably a little more ready to roll than my old fundamnetalist Church. But understand: they were good folks. They just didn’t think the children of God should be together. Are we ready for more than that? Really?

When I first started thinking about how to present all this, I wasn’t sure what rules or forms I could push on. I was — and remain — especially wary of making it look like I’m doing this alone. Candidly, I’m not that much alone. A mid-fifties white guy can only offer so much without, say, my sister Marissa, the leader of our team, and my brother, Calvin, an amazing young visionary. Maybe I’m just a frontman for this great, racially diverse team.

And this is a call for all of us, together. And it will be our final destiny for all of us together, all around the throne. As this becomes true here, we realize there is no them. There is only us.

And when that’s true, we have the opportunity to stop the White Walkers together. So, brothers and sisters, right here, right now: why not us? Why not today? If you see this possibility and believe in the vision, then you can join us in this radical statement of God found in Isaiah that we’re called to live into.

The Spirit of the Sovereign Lord is on me,

because the Lord has anointed me

to proclaim good news to the poor.

He has sent me to bind up the brokenhearted,

to proclaim freedom for the captives

and release from darkness for the prisoners,

to proclaim the year of the Lord’s favor

and the day of vengeance of our God,

to comfort all who mourn.

If we live into this together, there is nothing that can stop us. I believe in us — I believe in the possibilities of this land and that our greatest destiny still lies in front of us — and I believe that we can be a part of a great American Awakening. 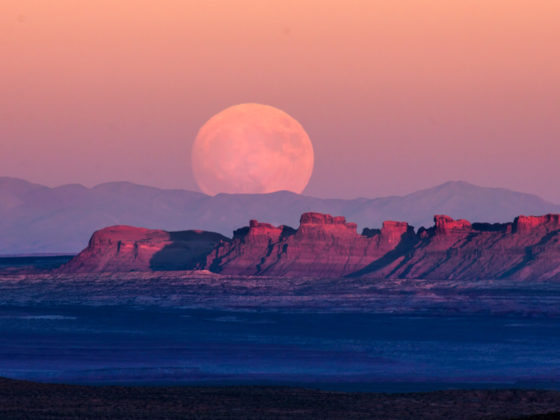 This Weekend, Catch the ‘Super Flower Moon’ — the Last Supermoon of 2020 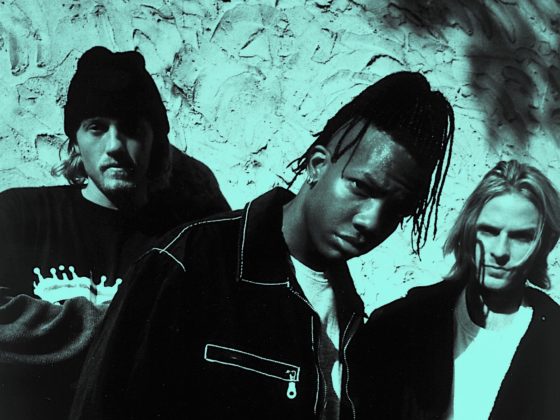