“These people are the most selfish people I’ve ever met. They only care about themselves and the one time they say they’re going to help others, they flake out.”

Jack was ticked. He had shown up on a Saturday morning to serve some senior adults in our church who could no longer care for their homes. His friends had slept in and left Jack, myself and a couple other young adults to complete our promised work. It would’ve been a busy morning with a full team. But now, we would be lucky to be done by early afternoon!

This wasn’t the first time Jack had been frustrated. He had discovered the joy of serving seniors and the impact he could make mowing their lawn, fixing a faucet or resetting the clock on their DVD player.

On a regular basis, Jack shared the vision of this program with his peers. He shared this sense of calling he felt to serve these seniors one Saturday each month and he challenged his friends to sacrifice a couple hours of sleep to make a difference in the lives of others.

So, when his friends backed out on him with no warning, he was incensed. I understood his legitimate frustration, but I wanted to see Jack continue in his calling without allowing his anger at others to undermine his work.

From that day forward, Jack and I began a conversation about calling. We talked about what it meant for him to be faithful to his calling without judging other people who didn’t feel the same way he did. We talked about the uniqueness of the calling for each of us. Jack asked a lot of questions, did a lot of venting and kept serving faithfully.

The Shift Jack Made

In the months that followed, I watched Jack stop focusing on what others weren’t doing and start focusing what he felt led to do.

The experience Jack gained serving seniors in our church led him to get involved as a volunteer leader in the Key Club at the high school he had attended. He began mentoring and investing in teenagers who loved serving others. Instead of being frustrated with those who didn’t want to serve others, he put his energy into those who did. Over several years, Jack helped over 100 students get involved in meaningful community service.

I recently saw a picture of Jack on Facebook sharing how local businesses could make a difference through community service. As I thought back to our conversations, I began listing out the lessons I learned about calling from my experience with Jack.

These are the lessons I’ve learned about calling and I hope they save you the frustration Jack endured when he began focusing on what others were (or weren’t) doing.

When we’re in the early stages of calling (especially awareness and burden), our passion runs hot and we often struggle to understand why everyone isn’t as fired up as we are. But our calling isn’t everyone’s calling. If we focus on what others aren’t doing, we’ll lose focus and energy for what we can and should be doing.

While we are called to different things, we’re not called to better or worse things. It’s very easy to compare and grade each other’s work. I deal with this as a pastor. Some people think my calling is more important than theirs, while others think my work isn’t consequential at all when compared to others. However, in God’s Kingdom, we aren’t to be concerned about comparing our callings to others, but being faithful to our own. That’s the value which matters most.

Your calling isn’t just your calling. Others have similar callings.

It’s pretty rare to be the only person called to something on planet Earth at any one moment. We can fall into the trap of thinking we’re the only person who cares about something. Through the beauty of the modern technology (particularly social media), we can discover others who share our awareness, burden and calling. This provides an opportunity for profound encouragement and mutual support to one another.

If your calling doesn’t involve the help of others, it’s too small.

I’m not sure who said it first, but I love the spirit of this quote, “If your prayers don’t scare you, they probably insult God.” Now, I don’t think one can insult God via prayer, but I love that spirit of boldness. In a similar way, I think we should pursue big callings and work for solutions to large problems. If your calling can be achieved with just your expertise, effort and time, then the problem is likely small. But if the calling is big and the problem is massive, you will need a team (or an army) to pursue it.

In his book, Leadership Pain, Sam Chand writes, “Reluctance to face pain is your greatest limitation. There is no growth without change, no change without loss, and no loss without pain.” Following a calling isn’t an easy task and achieving a vision won’t come without struggle and loss. Sometimes, our pain is the birthplace of our calling. Every great leader and world-changer I’ve ever studied experienced profound pain and endured significant loss as they pursued their calling.

Your calling leads you into your discomfort zone.

One of the biggest myths I’ve heard in church is “God’s will is the safest place for us to be.” When I think about that cliche, I think about the line from C.S. Lewis’ Narnia series where Mr. Beaver describes Aslan, “Safe? He’s not safe. But he’s good.” God is not primarily concerned with our safety; God is primarily concerned with our transformation. We do not grow in our comfort zone. We grow in our discomfort zone, where we’re challenged to stretch, grow and change. Calling takes us out of comfort for the sake of others.

When you cannot NOT do something, you may have found your calling.

Calling is compelling. Like the prophet Jeremiah who said his words were like fire shut up in his bones which had to come out, calling is something we feel driven and stirred to pursue. Often, a calling starts in small steps which snowball into larger actions. Calling keeps us up at night, gets us out of bed in the morning and drives us when we get tired.

I recently finished Elizabeth Gilbert’s book on creativity called Big Magic. One of my favorite sections was her take on getting paid for your art. She wasn’t opposed to artists getting paid for their art, but she said, “You cannot expect to make a living off of it.” I loved her comment about doing it for a living versus doing it for your sense of calling. I get paid in my calling as a pastor, but not often in my calling as a writer. But I don’t write for money—I write because it’s who I am. If you’re pursuing your calling primarily for the check, I think it’s time to step back and reevaluate.

When we begin to follow our calling, it’s normal to feel inadequate. We often make excuses when we sense a calling, most of which are related to our sense that we don’t have what it takes. We feel unqualified. But we make the mistake of thinking qualifications precede the call when it’s often the call which precedes the qualification. As a pastor, I could rattle off countless examples of men and women in the Scriptures who didn’t feel they had what it took to follow a divine calling. Yet, their legacy stands as a reminder to us as we listen to our own excuses. God will supply all we need to accomplish all we are called to achieve.

Calling is a sign we were made for a purpose bigger than ourselves.

I believe we’re all created with longings. A longing for connection, a longing for meaning, a longing for a purpose bigger than ourselves. Calling is a sign that our lives matter. Calling reminds us of a purpose bigger than our own concerns. I think one of the reasons Rick Warren’s book The Purpose-Driven Life sold tens of millions of copies was because it spoke to a sense inside each of us. We believe our lives have a purpose and we long for clarity in this area. When we gain clarity when it comes to our calling, we find an infusion of purpose and value to our actions, words and presence. 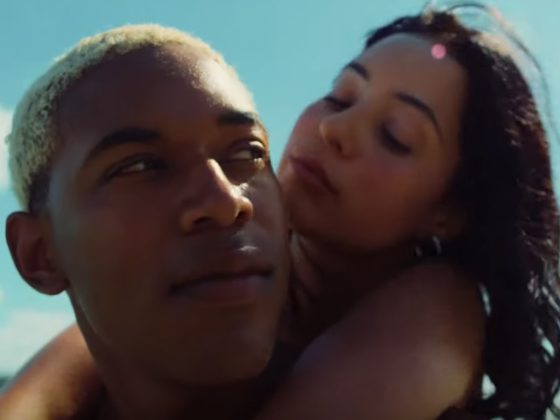