In the golden age of TV we’re currently in, no topic is too taboo to tackle and to dramatize.

Here’s a look at four different times television shows offered thoughtful commentary about the church and the state of Christian—and two times they completely missed the mark.

This one might sting a bit, but throw a dart at the map of the U.S., and wherever it lands, you’ll find a church like animated First Church of Springfield.

The Simpson family’s weekly worship gathering is led by Reverend Lovejoy, a seemingly once passionate preacher burned out on an overly needy congregation, like constant questions from the Simpson family’s neighbor Ned Flanders, a true yet exhausting believer who wears Lovejoy’s patience thin.

Unlike the anti-Christian rhetoric of Family Guy, the church in The Simpsons is used for humorous effect, without being absolutely destroyed for the joke. Over the past 28 years, we’ve watched the Simpson clan wrestle with important spiritual issues, and the church often comes into play as a positive element rather than just a punchline.

Like many churches in America, The First Church of Springfield isn’t completely dead, and still has a role to play in the life of its members. But the better days seems to be shrinking in the rearview mirror.  As Christians, it may not be what we want to see on the small screen, but it’s accurate nonetheless.

There are a lot of reasons to love the interconnected Marvel Netflix series, but the faith of Matt Murdock is toward the top. Referred to on the street as “The Devil of Hell’s Kitchen,” this blind lawyer by day, superhero by night, regularly turns to his Catholic Priest for assistance with wrestling through complex spiritual and moral issues.

Unlike pragmatic characters Electra and the Punisher in the series, Murdock refuses to take human life in order to make New York City safer. It’s a choice that’s much easier on paper than in the world of crime fighting.

Daredevil feels like the first Marvel property made with an adult audience first, rather than as a supplemental audience to the teenage fan. Grown ups wrestle with heavy topics like the ones facing Matt Murdock.

This is an authentic faith journey, albeit one set inside a comic universe. And it serves well as a microcosm of how millions of Americans, believers or otherwise, turn to the local church in times of great crisis.

In 2017, when Hulu is shaking things up with The Handmaiden’s Tale and we’re on the edge of our collective seats for the return of Stranger Things next month, no one would blame you for thinking that ABC, CBS, FOX and NBC are just for football, The Emmy’s and the Grammy’s.

However, Black-ish cuts through the noise of countless cookie cutter crime procedurals and sitcoms that could exist in 1994 as much as today (yes, we’re looking at you Last Man Standing). If you haven’t been keeping up with the awards the show has racked up over the first three seasons.

The show’s lead protagonists, Dre and Bow, describe themselves as “CEO believers.” Which stands for “Christmas and Easter Only.”

When the couple are socially coerced into attending church on a non-holiday, their kids are actually excited. When the Johnson family attends a service, they find it to be much too long for comfort, and Dre starts complaining about being hungry, missing football and feeling the discomfort of his legs falling asleep.

This fall, a megachurch in Denver is experimenting with a Thursday night service that officially wraps up after 40 minutes, with worship and prayer moved to the end as an a la cart option. Like it or not, Americans are becoming less tolerant of long services.

The list of movies and TV shows that take shots at Christianity for the laughs is too long to try to list, which is what makes Black-ish so refreshing. The Johnson family may not be spiritual role models, but they’re a lot like some people who live in your neighborhood, who possess some spiritual interest but usually not enough to miss early lunch at a noon kickoff for.

Of course, the modern American church can’t just throw out the whole model in order to try to attract the kinda-sorta spiritual, but Black-ish should cause us to question what elements of our services are too confusing or frustrating to those visitors who are genuinely seeking to know more about Christ.

In an era where America is more divided than ever along urban/rural lines, and the way those two sides are depicted as lining up with or against the policies of the current White House, it might do us good to return to Dillon, Texas via the Netflix Queue.

Series creator Peter Berg has a knack for bringing working class characters to life (Deepwater Horizon, Patriots Day, Hell or High Water), and Friday Night Lights may be the most authentic work of his storied Hollywood career.

FNL walks the fine line between accuracy and caricature in this acclaimed drama which revolves around small town Texas football, but in reality is about everything else.

From Applebees serving as the hub of teenage social activity to the AM talk stations endlessly debating high school coaching strategies, Friday Night Lights nails the details of small town America, including the faith angle. From the prayers of head coach Eric Taylor after a player breaks his neck to the inner turmoil cheerleader Lila Garrity torn between church and the party scene, the show demonstrates true faith without being preachy or heavy handed.

The Christian characters don’t always make the right decisions, but the church and faith in Christ are never topics that are mocked. Instead, they’re themes woven throughout the narrative for all six seasons, and the church experiences shown look a lot like what you and I may encounter on a Sunday morning.

The Walking Dead may be one of the smartest shows of the modern era, but it doesn’t seem to know much about faith. (Warning: spoilers ahead).

In season 5 we meet Father Gabriel, an Episcopal Priest who is holding a grim secret. Turns out that secret is that he locked himself in his rural Georgia church and kept the doors closed as parishioners clawed at the doors begging to be saved.

No one can really know how any of us would face an apocalyptic scenario, but it’s safe to say that the average person, let alone a minister, would simply open the door to save longtime friends and fellow Christians from being eaten alive.

Father Gabriel’s narrative may have been an important plot point to keep the story moving, but it’s a far cry from what you will find inside the walls of the average church on a Sunday morning.

From the cinematography to the excellent soundtrack, HBO’s The Young Pope rocketed to the top of of our collective pop culture conscious earlier this year. The show is a huge hit in Europe and the US alike, but it’s also really, really far from reality.

The show focuses on Pius XIII (Jude Law), a young American Pope who sets out to shake up the old ways of doing business. Without even getting into the content of the show, the premise is pretty ridiculous. The real Pope is a mix of CEO and priest, with a hectic schedule and enormous responsibilities that don’t leave time for leisurely garden walks for TV show exposition to happen. Oh, and no Pope has ever been, or ever will be, a 40something American.

Of course, that’s one the tip of the iceberg as far as controversy around the HBO drama go. And while it’s true that every branch of Christianity has been racked with scandal over the years, films like the Oscar-winning Spotlight and Netflix true crime series The Keepers do a much better job of creating compelling art that raises questions about faith and morality.

The series may be a ratings giant, but if HBO’s goal was to force the audience to ask tough questions about the Catholic faith, it’s one big miss. The Young Pope is just too far from reality to draw any real lines to modern faith journeys. 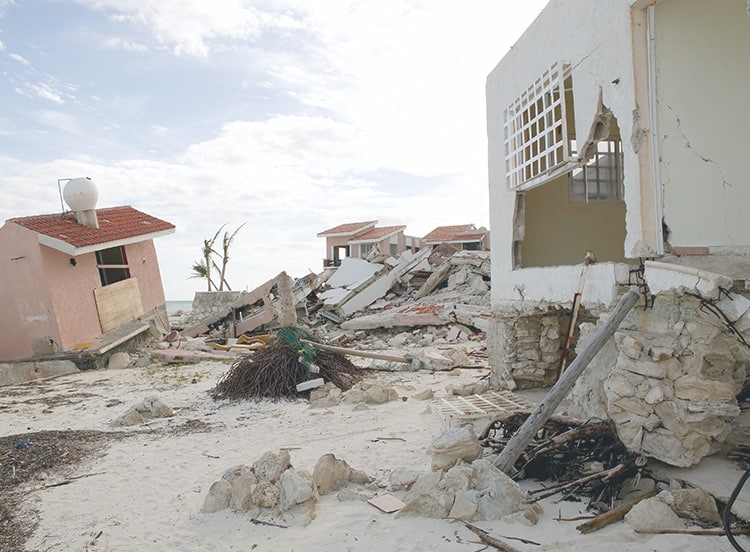 5 Things to Know About Going on Mission Trips 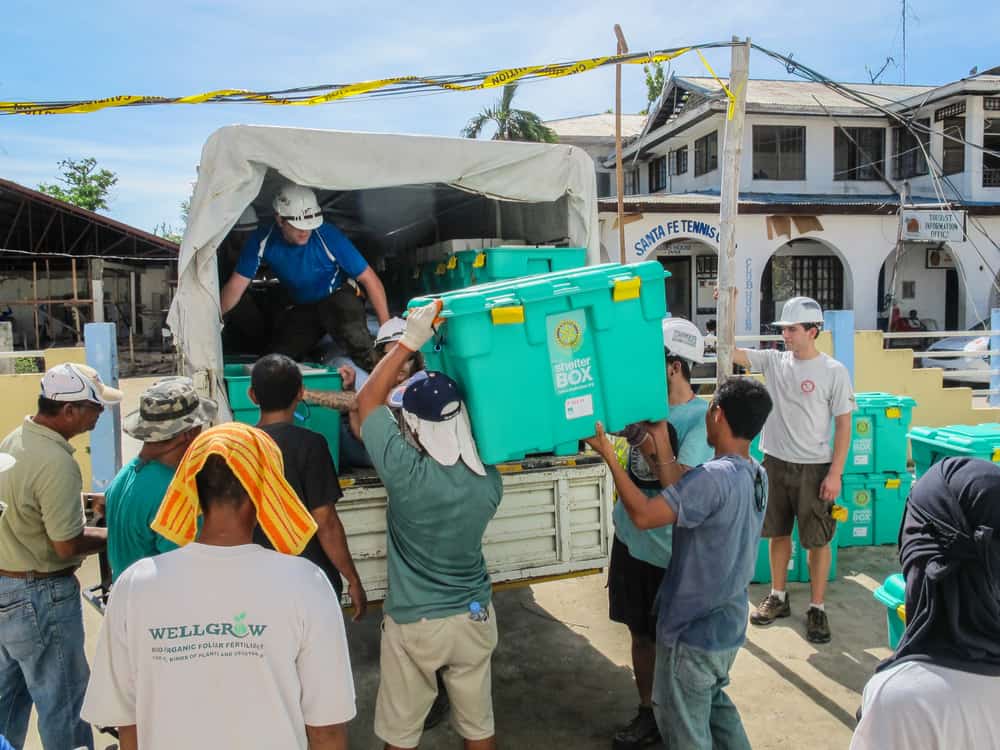