Perhaps you’re a longtime fan of Christian hip-hop, just started exploring the genre, or only recently discovered that the two worlds could favorably collide.

Regardless of how you got here, welcome to the fold.

However, it’s important to note that quality rap music made by followers of Jesus didn’t start with Lecrae’s Anomaly performances on The Tonight Show with Jimmy Fallon. In fact, it’s been recorded and widely-distributed since the mid-’80s and has a rich history of positive influence on the lives of listeners who love the hip-hop culture.

Fans of all ages and listening histories would be wise to study the movement’s past and experience its many facets. As such, we’ve compiled a list of 10 essential albums you should download (or stream) today.

The following list is not ranked or intended to be exhaustive. There are a lot of good hip-hop albums made by believers—you just might have to do a little digging. But kicking off your collection with these gems is a great start:

4th Avenue Jones: No Plan B

“Back in the Day” a West-Coast emcee named Ahmad had a monster single that fostered classic childhood nostalgia. Nearly six years later, he went on to found a multi-dimensional hip-hop band that eventually signed to Interscope Records.

Although their lyrics were never overtly evangelistic, the group featured Christians (including his wife Tena) who had a heart to enrich the lives of listeners outside church walls.

This sophomore effort would firmly establish the Cross Movement as a dominant voice in Christian hip-hop for years to come. The album’s theme presented the massive collective of Philadelphia-based rappers as “advocates of the theocratic Rule” and helped return a gritty, East Coast sound to the genre.

At a time when West-Coast gangsta rap dominated hip-hop, a group of redeemed Bloods and Crips connected with an established Christian hip-hop DJ to produce one of the genre’s most authentic street albums.

It tackled themes that still resonate today: the struggles of the oppressed (“Tears of a Black Man”), the frustration of losing friends to senseless violence (“Y Can’t the Homiez Hear Me?”), and—perhaps most prescient—police brutality (“One Time”).

GRITS: Factors of the Seven

This is how you drop a classic sophomore album. Here, Bonafide and Coffee seemingly abandoned the country rap sounds of their Gotee debut (Mental Releases) and rode the hip-hop-purist revival of the late ’90s that exalted the culture’s four key elements.

The end result is an Outkast-like balance of Southern roots with underground hip-hop beats, concepts and deliveries. Not bad for two former dc Talk backup dancers.

Although Lecrae had been releasing “Jesus Muzik” since the early 2000s, this free mixtape co-signed by DJ Don Cannon is what seemed to cement his reinvention as an artist wanting to break out of the church youth group circuit.

Its high-profile, mainstream features (beats from guys like S1, Boi-1da, 9th Wonder, and Street Symphony as well as guest verses from the likes of No Malice (formerly Malice from Clipse), appeared to successfully garner interest from listeners unfamiliar with the Reach Records co-owner.

Such moves also earned the artist a heap of criticism from die-hard fans who felt like Lecrae had abandoned his calling and instead prioritized profession over mission—a sentiment he’s often addressed in lyrics since this release.

Stream for yourself and see which side of the ledger you land on.

Although they’d been heard before the release of Earthworm, this project officially heralded the arrival of the Tunnel Rats crew—a collective of LA-based emcees who preached that Christians could best represent their Savior in hip-hop environments by practicing their craft with a sharp skill set.

Theory played boom-bap big brother to the group and Jurny Big continues to showcase his talents as one of the illest writers and voices in all of hip-hop.

Deepspace5’s Manchild and DJ Dust dropped this sophomore album with toby mac’s Gotee Records, which provided a broader platform for their winning combination of acrobatic lyricism and soulfully, dirty production. Fuzzy, Black Keys-like guitars and drums abound on this classic that paints various pictures of what an underground rap life looks like when it’s infused with the Gospel.

This junior effort from Soldiers For Christ enjoyed the era’s relaxed rules of sampling with a Bomb Squad-esque production vibe. Lead MCs QP and Soup the Chemist (then known as Super C) used their prowess on the mic to both demonstrate that Christians can have fun (“Skanewpid”) and tackle complex racial issues from a Biblical perspective (“Kill That Spirit”).

Shai Linne is often looked upon as the face of the lyrical theology movement within Christian hip-hop, but this album offers a bit of departure from his usual presentation. Each song offers a narrative. Stories include a first-person perspective of the Passover, a Gospel allegory presented as a children’s tale (“Penelope Judd”), and a rap about the life of a renowned Baptist preacher (“Spurgeon”).

Thi’sl: Chronicles of an X-Hustler

With a booming, gravelly voice and duffle bag full of true crime tales, Thi’sl shares his testimony as a former St. Louis street boss who eventually yielded to the call of Christ. The album bleeds picturesque realism that recalls HBO’s lauded TV series The Wire and offers listeners a look a way of life that was truly repented and redeemed.

Sketch the Journalist is a freelance hip-hop writer living in the thriving country metropolis of Cut-N-Shoot, Texas. Down with gospel rap since Stephen Wiley’s “Bible Break” in 1986, he has chewed, reviewed and interviewed most of Christian hip-hop’s major players. Sketch holds a Bachelor of Arts degree in Journalism from Sam Houston State University and is blogger/contributor for the Houston Chronicle. He can be reached at sketchwrek@gmail.com. 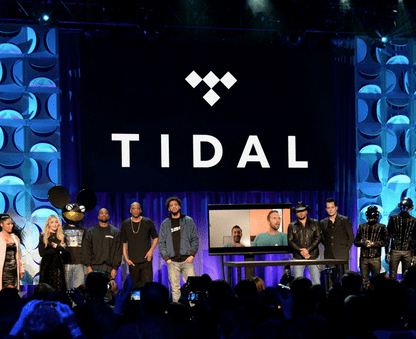 Another CEO Is Out at Tidal 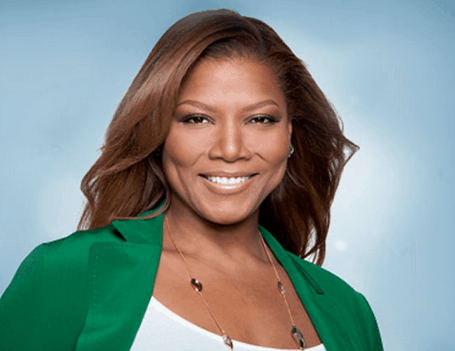 Queen Latifah to Star Alongside Jennifer Garner in ‘Miracles from Heaven’