March is here, which mean there’s a bunch of new stuff to check out on Netflix.

From classic favorites to some cool new series, here’s a look at 12 new additions you need to know about.

In hindsight, Space Jam is a very weird movie with an even weirder plot (aliens, NBA stars, Bill Murray, an outer space amusement park), but it’s a ‘90s classic, and let’s be honest, the weirdness is part of the fun.

Like Space Jam, if you’re of a certain age, Hook was a really important movie. But, also like Space Jam, it’s probably not as good as you remember. But look, it’s still a  Steven Spielberg-directed movie starring Robin Williams, so you’ll definitely have fun revisiting Rufio and the Lost Boys.

Sure, it’s one of the more forgettable Will Ferrell sports comedies, but it’s a perfect have-on-in-the-background type of Netflix selection that makes folding laundry more enjoyable.

Based on a very unscary Stephen King story, The Shawshank Redemption remains one of the great American films and still holds up surprisingly well 25 years later.

The Story of God with Morgan Freeman: S3

With an emphasis on world cultures and history, The Story of God is a fascinating docuseries that has found an entertaining way to teach viewers about religion around the world.

There Will Be Blood

Chef David Chang’s food and travel docuseries is a delightfully irreverent departure from the high-end genre shows like Chef’s Table that focuses on the guilty pleasures of high end—and low end—cuisine.

Sure, he can be profane. But Maron’s commentary on social issues, religion and pop culture is still thoughtful, smart and really funny.

David O. Russell’s films can be polarizing, but Silver Linings Playbook is arguably his most approachable: a story about family and mental health wrapped in rom-com trappings.

Underrated at the time of its release the film —based on an Anne Rice book—imagines what Jesus’ life was like as a child and what it was like to be the future savior.

Tony Hale’s animated series isn’t just meant to entertain kids; it’s a heartfelt look at how to be present in an age of anxiety.

Self Made: Inspired by the Life of Madam C.J. Walker 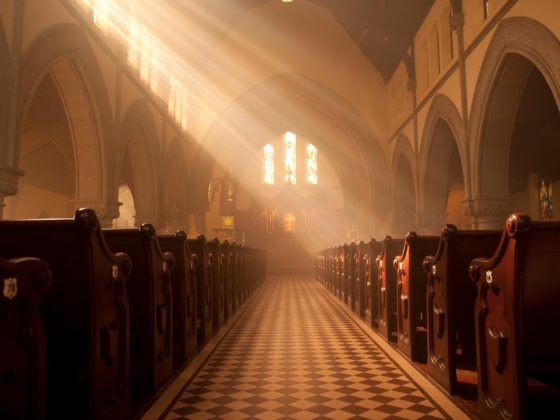