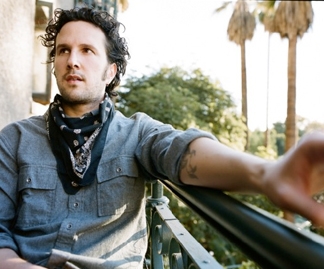 Mason Jennings is a folk artist who has gained momentum as a talented singer/songwriter. Hand-picked by Jack Johnson for Brushfire Records, much of Jennings’ music is a laid-back, playful approach to his views on life. Hailing from Minneapolis, his catchy, acoustic style is quickly getting the attention of listeners. Taking a break from his U.S. tour, he shared with RELEVANT some thoughts on his album In the Ever and his unconventional, and perhaps in some ways for Christians fundamentally controversial, approach to understanding spirituality and existence through his music.

How’s the tour going? Are you enjoying yourself and experimenting with anything new right now?

Yeah, it’s been going good. I’ve been working on a lot of new songs, and I’ve just been playing solo with guitar and playing a bunch of different old songs I don’t usually get to play with the band, and then also trying out some of the new stuff and seeing how the crowds like it.

You recorded this album by yourself in a small studio in the woods. Why did you choose to do that, and how did it affect the feel of the record?

I didn’t want the environment to be sterile, because on the last couple records I would go into studios and I’d feel real tense, and you always think about how much money you’re spending and you’re like, “Man, this is costing me so much money every day.” I like to try these different things, but I feel tense and I’m spending cash, and it’s making me nervous. So on this one I thought maybe I would just get a little spot in the woods where I would usually hang out, where I feel totally myself and comfortable and I can have the windows open. Then instead of getting tons of gear, just get a laptop and two microphones and have fun, just see if I can work spontaneously and have a blast and leave things as they are without thinking about them too much. So, that was the approach with this record.

If there was a single theme to the record, what do you think that would be?

Maybe trying to be OK without having the answers, trying to just be alright in the dangling space, where you’re hanging out over the unknown and allowing yourself to be there without having to build up defenses. Sometimes defenses can hurt yourself as well as other people, so trying to be open and free of defenses, but still not have any definitive answers.

What separates this record from your others?

Well there’s that theme of the spiritual and joyful and spontaneous nature of the recording. A lot of the songs were written and recorded in the same day, and that idea is trying something new or trying something in the spirit of play. I think that’s a big part of spirituality, just trusting that it’s a joyful thing to be here. There’s a joyful thread that goes through the record and playfulness and a childlike quality.

I hear that the In the Ever title was actually an original idea by your son. Is that right?

Yeah, he didn’t really think about a record with it, he was just saying, “Remember before I was born, when I was in the ever?” and I just thought that was super heavy. I started thinking about it and I was like, well if I’m not subscribing to one religion and I don’t know what I think about heaven and places like that or where I was before I was born, that’s a pretty good place to call home, "in the ever." The record felt like that was maybe its center.

So you have a wife and two kids right? How does that change your perspective in music or how is that reflected in your record?

Well, it’s awesome. I love it. I feel very grateful for them, and I think it’s just the amount of love you feel. As a parent, the feeling just keeps growing and growing, and I think that if you can be honest with your journey and be open as a parent, you have a lot of stuff to draw from for songs.

You are probably among a handful of artists who really explore spirituality through music. How would you relate those two ideas. Is that something that comes naturally through music?

I guess for me songs always resonate throughout my life if there’s a hard time in my life or a really happy time in my life. I just want to turn on a certain song, or I want to grab a guitar. I always went to people like Johnny Cash’s American Recordings or Lucinda Williams or Beethoven. If ever I was feeling pain or questioning things, that’s the closest answers I’ve ever felt, in the music. And I don’t know, there’s the whole other side of it where it’s the unexplainable thing of what even is music? It’s vibrations and tones and stories. So there’s that whole idea that at its root, it’s a mystery. They’re similar in that way.

One of the interesting songs on the record is “How Deep is that River.” It seems to be searching for a reason to have faith. If you had to rephrase that question, what do you think another way of asking that would be?

I guess it’s just asking what’s there. For me it came from the idea that you’re going to a bunch of churches and just wondering how deep it goes. Is this something that’s really surfacey, that you have to just close off your thinking and take it at face value? And just specifics, like when you go to a church that talks about rapture, do you have to accept a rapture to accept the teachings of Christ? So it’s those kind of things where I’m like, “How deep is this, and is it fully real or is it just something that you tell yourself to feel better that day, and then you get through it?” For me it’s that kind of questioning, and it’s about religion specifically for me, but it’s also the deeper question after religion, with God. It’s just a question. Is there anything there? Is this a kind universe or an ambivalent universe?

In your song “I Love You and Buddha Too,” you seem to emphasize the oneness of all religions. What are your thoughts on that?

I think they’re different for sure. I don’t think they’re the same thing or anything, but I think compassion is at the center of them all. My take on it is there are many ways to get to the top of the mountain. That’s one way to say it. It’s just been going on for so long. People come up with different religions all the time. A friend of mine one time said that there are as many different religions as there are people, and I thought that’s really true because I’ve gone to so many different churches and so many different temples of worship. Even the people I’m sitting next to have a totally different view of who Jesus is or who Buddha is or what heaven is or what life is. Even in every single church, in the innermost chamber of your heart, everybody has a different picture of what that is. So that’s kind of true that everybody’s different and there’s a different religion for every person, but at the center of it, we’re all having a human experience. So there’s a tying thread there that’s a unifying thread.

The Hell You Say?

Where Am I Wearing Wednesday: Pajamas