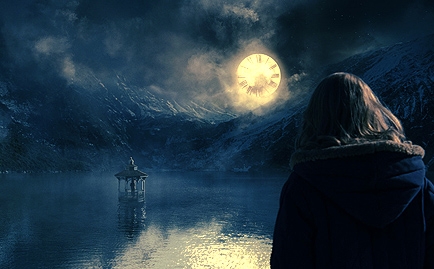 Peter Jackson, Mark Wahlberg, Rachel Weisz and other stars talk to us about their new film.


Alice Sebold’s novel The Lovely Bones became a phenomenon upon its release in 2002, with some analysts attributing the success of this tale of a grief-stricken family coming to terms with the death of their 14-year-old daughter and the quest for justice from beyond the grave to the nation’s real-life search for closure and understanding in the wake of 9/11. The book dealt with incredibly sensitive and difficult subject matter, a fact that provided an inherent challenge to any filmmaker seeking to adapt it for the screen.

Yet co-writer/director Peter Jackson (the Lord of the Rings trilogy) took that challenge head-on, returning to the emotionally intimate yet disturbing territory of his underrated yet Oscar-nominated (for Best Screenplay) 1994 film Heavenly Creatures, which followed the unhealthily close relationship of two teenage girls eventually driven to murder. With the help of screenwriting partners Fran Walsh and Philippa Boyens, Jackson dove in and found a way to bring hope and light to the darkness. It didn’t hurt that he had a stellar cast led by Oscar-nominated young actress Saiorse Ronan (Atonement) and backed by Stanley Tucci as her killer Mr. Harvey, Rose McIver as her older sister, and Oscar nominees Mark Wahlberg (The Departed) as her father, Rachel Weisz (The Constant Gardener) as her mother and Oscar winner Susan Sarandon (Dead Man Walking) as her alcoholic yet flamboyant grandmother.

We recently had the chance to talk with the actors and director of Lovely Bones to find out how they tried to capture a story beloved by millions while staying true to the creative process of both the film and the story itself.

What were the challenges of adapting Lovely Bones? What did you have to leave out?

Peter Jackson: With any film that I’ve done, you shoot scenes that don’t end up in the final cut. In my mind, there’s no such thing as a perfect adaptation of a book. The master work is the book. Alice Sebold’s novel is The Lovely Bones. That is the work that has got everything in it, every character, every subplot and that’s the way that you should experience the story in its most pure form. A film adaptation of any book, especially The Lovely Bones in this example, it’s only ever going to be a souvenir. It’s going to be an impression of aspects of the book. To me, to adapt a book is not a question of producing a carbon copy of the book. It’s impossible.

To include everything, the film would be five or six hours long. It’s a personal impression that basically Philippa Boyens, Fran Walsh and myself created in writing the screenplay after we read the book. We responded to aspects of the book, especially emotional themes, the comforting value of the book and things it had to say about the afterlife and that aspect of it, which is very personal to anybody. That’s what we responded to and our adaptation is very much just elements of the book restructured following our interests and our takes. You don’t make a movie for the fans of the book. You just can’t do that.

Since there was so much cut from the book, were you able to use bits from that, or did you just use the script?

Rachel Weisz: I think it’s really wonderful to have that [the novel]. I mean, the script was very beautiful but it’s a huge bonus to have a novel as well which will give you the interior life of your character, give you their backstory, their biography. So for me, it was only a huge extra help, and great fuel for your imagination so I went back to the book many, many times to get a feeling of Abigail (the mother).

Susan, your character goes against the grain for movie grandmas by being all "jazzed up" in extravagant outfits. Is it all part of her coping with grief?

Susan Sarandon: I just love the fact that that’s the way life is for her. When something horrible happens, you do find yourself laughing in weird places in the midst of grief and crying in the supermarket when you see a cereal that somebody used to eat. There’s just no way of guarding yourself one way or another. Everybody grieves differently and there’s no right or wrong way. My function in the bigger picture was to be hilarious. I’ve lost many a child on celluloid so I was happy that I was a bit removed [as a supporting role], that my job was much more fun.

Why did you want to do this, and where do you go emotionally to play every parent’s worst nightmare?

Mark Wahlberg: Well, my biggest reason for wanting to be a part of this was Peter Jackson. I’m a huge fan of Peter’s. Because of the way I approach work, I wasn’t all that thrilled about the subject matter because I have a beautiful little girl and two beautiful boys. I don’t have the God-given talent that Rachel has to just snap into it and have these floods of emotion coming out and then turn it all off. So I basically had to live in that headspace for the entire time. I just thought it would be a beautiful movie and it was too good to pass up the opportunity to be a part of it.

Stanley, was this part hard and difficult to drop at the end of the day?

Stanley Tucci: It was hard in every respect. I was very reticent to take the part at first for reasons that Mark just explained. I have kids and I can’t really read anything or watch anything with kids getting harmed. I don’t like things about serial killers. There’s so much serial killer information out there in documentaries constantly. A lot of it’s just sort of gratuitous or it’s almost like pornographic really. There’s no reason for it being shown.

This was not that. This was a beautiful story about an exploration of loss. Pete and Fran and Philippa, in the long conversations we had before we started working together, I felt very safe with them. I felt that there would be nothing here that would be gratuitous and that we were going to create a person together in Mr. Harvey that was a real person. The more real he was, the more subtle he is, the more terrifying he is.

In the book, Susie’s character is raped and murdered, but in the film version, the rape is cut out. What were your reasons for choosing to eliminate that?

Peter Jackson: The film is about a teenager and her experiences of what happens. She’s murdered, she goes into an afterlife experience, and we show her there; we wanted to make a film that teenagers could watch. We have a daughter who’s very similar to Susie’s age. We wanted Katie to be able to see this film. There’s a lot of positive aspects of this film and it’s not something that I think I wanted to shield our daughter from. So it was important for us to not go into an R-rated territory at all.

Also, I never regarded the movie as being a film about a murder. Yet if we shot any aspect of that particular sequence in any way, then it would stigmatize the film. Movies are such a powerful medium that to show a 14-year-old girl being murdered in any way, no matter how briefly, would completely swing the balance of the movie and it would frankly make it a film that I wouldn’t want to watch.

So the movie that we did make, we wanted it to become something that was almost like a mystery, a crime mystery of what happens when you’re in this world of the subconscious, the world of the afterlife and Susie has to deal with the mystery of what happened to her. There’s a positive aspect to it in the sense that she’s immortal and saying there is no such thing as death.

Susan Sarandon: She’s also the narrator and she dissociates at that point, so to show what happens, you’d lose that whole element of her confusion and her displacement.

Peter Jackson: Exactly. I mean, one of the things we did which was different from the novel is we have her fleeing from her murder, and we really liked that aspect of sort of the way that bit of the story was told in the sense that at the point that her spirit becomes disconnected from her body and she’s running. Susie doesn’t know what’s happening to her. She’s literally confused and now she finds herself in the in-between, which is essentially the world of dream, of subconscious, of this confused state, and she has to start to put the pieces together like a mystery. So that really dictated very strongly that even for all of the other reasons, seeing any form of murder was not something that we wanted to do because of the way that we restructured the story. She herself is confused and has to put the pieces of the puzzle together as the story continues.

What did you discover about people’s belief in an afterlife?

Peter Jackson: Well, it’s an interesting question and it’s one that I think everyone has obviously their own points of view about it. We certainly didn’t want to make a film that cast judgment on people’s religious beliefs because that wasn’t at all the motivation for making the movie.

We didn’t create the in-between being Susie’s subconscious for that reason. To us it wasn’t about at all her existing in a world that had some form of religious control around it. It was literally she is disconnected from her body for that period and she is in this weird hallucinogenic state.

[Spoiler Alert] There’s that scene in the end of the movie with the field when Harvey’s victims come down to meet Susie. There’s a golden light there which is supposed to be wide heaven, as Susie calls it and as Alice Sebold called it. That’s a golden light which I shot in a deliberately clichéd, recognizable way so that people get the idea that heaven is there. That is indeed the goal Susie has: to get out of this weird trapped place that she is in and to actually move on. That golden light represents where she and everyone else moves on to. The idea is that you can put whatever you choose into that golden light and if you are religious, then obviously that’s what you put in there. If you’re not religious, you can imagine something else. If you don’t believe there’s anything there at all then probably it’s not the movie you should go see.

I personally think that it has made me believe in the fact that there is a form of energy inside us that continues to survive after death. Science and physics tells us that energy cannot be destroyed so it has to go somewhere. It doesn’t evaporate.