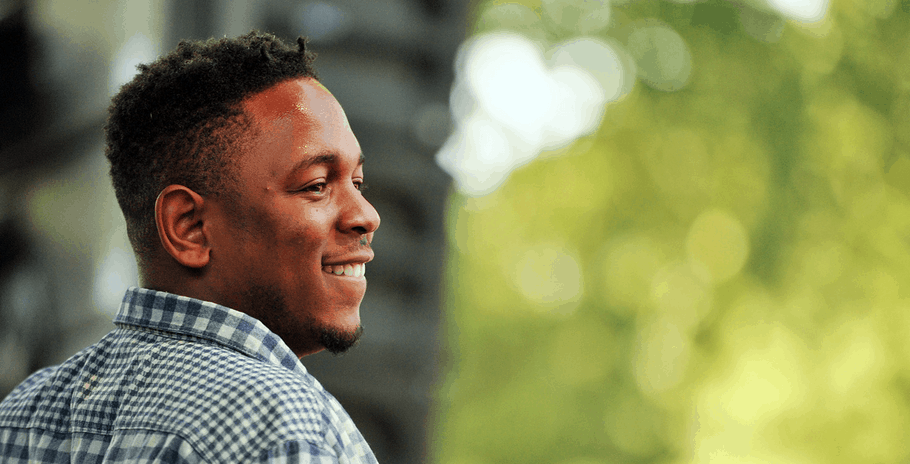 2014 wasn’t a bad year in music. We know this. But it’s hard not to look at the embarrassment of riches coming down the river and not feel like Christmas has really only just gotten started. A big part of the fun of listening to music is finding that band you never expected to release an instant classic (this time last year, The War on Drugs didn’t even make our most-anticipated albums of 2014. This week, they topped the list of our favorite albums). But there’s also something exciting about promising, exciting talents coming back for another round. Here are the ones we’re most pumped about.

You Belong Here was one of our favorite albums of 2013: Leagues’ combination of electric pop energy and soulful sonic sounds was one of the most surprising releases of the year. The band’s in the studio now, at work on the follow-up, which is expected out later in 2015.

North Carolina folk rock outfit The Avett Brothers are once again working with iconic producer Rick Rubin on their first album since 2013’s Magpie and the Dandelion. In an interview with Billboard this summer, Seth Avett said, “With our initial work with Rick—and to me it shows up in the work—there was sort of settling period taking place. Now all the newness is out of the way, so we can really get to work, which I think is needed.”

At this point, the hype surrounding the follow-up to 2012’s staggering good kid, m.A.A.d city has reached supernova levels, but you wouldn’t know it to watch Kendrick. He’s playing his cards very close to the chest, dropping tantalizing hints and the occasional jaw-dropping unreleased song just to stay on your radar. He’ll almost certainly release something this year, and if it’s half as good as his debut, it’ll be one of the year’s very best.

The multi-talented Claire Elise Boucher—better known as Grimes—is returning with the dance-heavy, atmospheric dreamscape pop only she’s capable of.

The Lone Bellow’s follow-up to their hit self-titled debut drops later this month. If their first single, “Then Came the Morning,” is any indication, the Aaron Dessner (a member of The National)-produced album won’t have any problem living up to expectations.

It’s been nearly three years since 21 made Adele one of the highest-selling artists of her generation (the album has sold more than 25 million copies to date). There aren’t many details as to the creative direction of 25, but she’s reportedly been working with some of the same collaborators (including Ryan Tedder) that made her last album such a monster hit.

Perhaps the biggest breakout of the Odd Future crew, Frank Ocean’s Grammy Award-winning debut Channel Orange showed why he’s also one of the most innovative artists in R&B. After two and a half years, Ocean is back in the studio, prepping the release of one of the most anticipated pop records of the year.

After a prolonged hiatus, Mumford & Sons may be back in 2015 with a reinvented sound. In October, the band revealed that they are back in the studio, this time around working with acclaimed producer James Ford, the man behind breakout records from Jessie Ware, Arctic Monkeys and Florence & the Machine. Ford’s known for his innovative offerings, but there’s only one thing we know for sure about the new Mumford & Sons: There won’t be much banjo. Winston Marshall told Vulture, “We murdered [the banjo]. We let it, yeah …I [expletive] hate the banjo.”

Electronic music wizard James Blake told Miami New Times, “I should hope that [the new album] will be a step on, as much as the second one was to the first. I guess I’ve taken a focus on the songwriting again, even more closely, and I’m dabbling in some different production techniques, things I’ve developed.” Considering his first two albums are widely regarded as masterpieces, the idea of Blake taking another step forward should be pretty exciting.

In the years since Thrice went on hiatus, Dustin Kensrue and company have released a handful of albums with their various side projects, but none has captured the raw emotional energy that made Thrice a breakout band. But after the dissolution of Mars Hill Church—where Kensrue was a worship pastor—it looks like the four-piece is finally poised for a comeback. Two weeks ago, they posted an image on their website that simply read: “Thrice 2015.”

With his complex ideas about faith, love and spirituality, David Bazan (of Pedro the Lion fame) remains one of the most interesting songwriters in music. He recently announced that like Bazan Monthly Volume 1, 2015’s Volume 2 will be released two songs at a time online, from January through May.

Drew Holcomb and the Neighbors

The Nashville outfit’s latest album, Medicine, drops later this month, but you don’t have to wait to hear Holcomb channel his inner Ryan Adams in the first single “American Beauty.”

Former Fleet Foxes drummer J. Tillman is set to release his latest effort under the Father John Misty persona next month. His psychedelic anthems to spiritual wanderings, soulful truth-hunting and Americana satire are a throwback to the days of rock poets like Neil Young and Bob Dylan: They may favor the experimental and the challenging, but they are always interesting.

These days, Carrie Brownstein is most recognizable for her work with Fred Armisen on Portlandia, but Sleater-Kinney fans remember her for her other pop culture contribution: Being indie rock royalty. Eight years after calling it quits, the trio is finally reuniting for the release of No Cities to Love, more than two decades after the group first started making music together.

When the musically daring but morally bankrupt Yeezus released, we predicted the birth of Kanye’s new daughter might signal a change for Ye—the return of the socially conscious, issue-minded hip-hop genius who made College Dropout; the one that promised to be as ethically interesting as he was sonically brilliant. Based on today’s leak of “Only One”—a tender, gentle meditation on fatherhood—that prediction might just be true. If so, that’s very exciting news for fans of hip-hop and thought provoking lyrics. Only time will tell.

When Purity Ring burst on the scene, they were long overdue. They played within the bounds of metropopolis sounds like the xx and Phantogram, but they did it in such interesting ways—with songs that sounded gutsy and organic even as they were crafted of the electronic bleep bloops of their contemporaries. We haven’t heard much from them since then, but we can only assume that’s because topping their debut has taken all their energy. Hopefully, it’ll be worth the wait.

Little, under-the-radar indie outfit you may have heard about. Interesting sound. Best of luck to these boys.

Seven years. That’s how long it’s been since we heard from one of indie rock’s brightest talents. And while you might think that means Modest Mouse is out of ideas, judging by their new single, it really means these guys have been hard at work. Modest Mouse hasn’t sounded this fresh and important in years.

The best kind of dance music is threaded with that hint of melancholy and danger—lyrics and melodies that make you stop in the middle of dance floor with a “whoa” look on your face. LCD Soundsystem understood that. So does School of Seven Bells, and a new album from them promises to get any hipster party started—but also promises that you’ll be dancing under the specter of some big questions.

Katie Crutchfield is one of her generation’s better songwriters, crafting lyrics that unveil themselves slowly, drifting on top of melancholy melodies that make it sound like she’s reading her diary to you. But most diaries aren’t filled with tiny revelations about love and loneliness that will have you thinking for days.

Neill Blomkamp Has Been Working on a Beautiful Looking ‘Alien’ Sequel

Why Is Madonna Comparing Herself to MLK and Nelson Mandela?