I know RELEVANT doesn’t do sports. Normally, that works out quite well for me because I don’t either. I enjoy watching them in moderation. I’m aware of the big names and big games. I occasionally watch the highlights. I play sports … um … never. I guess you could say I have a casual interest in most major sporting events, but rarely much excitement.  Still, sports have dominated my television viewing since the opening ceremonies of the 2010 Winter Olympic Games in Vancouver on Feb. 12th. There has been no better drama on television.

The Olympics are special and only partly because of achievements in sports. The Visa “go world” ad campaign would have us believe that the Olympics are special because they provide a unique opportunity for people to set aside personal and international differences and “come together.” I think this is true, but then in the next breath (or the next ad) the campaign tells us that national pride is not the reason we cheer for Olympic athletes. On this point, I believe the ads are sorely mistaken.

I am what might be called a latent proud American. I have national pride inasmuch as I don’t really want to live anywhere else, but I don’t give my U.S. Citizenship much thought on a daily basis. Overall, I try not to perpetuate an “us versus them” mentality as it relates to the United States’ place in the global community, and, in general, I love to hear and see positive examples of determination and hard work no matter their country of origin. The Olympics rarely disappoint when it comes to these stories: athletes coming back from injury, athletes redeeming poor previous performance, and maybe most of all, athletes qualifying for Olympic competition in spite of a total lack of resources.

As much as I have an appreciation for these stories, the Vancouver games have brought out something else in me—something more than a renewed appreciation for Ryan Reynolds as he appears in the Vancouver tourism commercials. The thing that I find emerging with greater intensity than ever before as I watch the 2010 Winter Olympics is a hyper-American hyper American. This year more than any other I am really rooting for the athletes from my home country and only my home country. Whether it’s Bode Miller and Lindsey Vonn skiing or Shani Davis and Apolo Ohno skating, I have had to stop myself just short of chanting, “USA! USA! USA!” Because some members of my household are asleep at 11:00 p.m. and those that aren’t don’t necessarily appreciate the hyper American I have become.

It’s strange, this hyper-American sentiment engulfing my brain in the name of sport. On a day-to-day level, there are many things—mostly politically-motivated things—taking place in and at the hands of the United States that don’t inspire me to cheer. But maybe just as the “go world” ad campaign suggests individual nations lay aside their differences with each other and come together for Olympic competition, the Olympics give us the opportunity to lay aside the frustrations, disagreements and misgivings that exist within our own nations and remember that we still have much we can achieve—much we can be proud of. Home is still home.

This is our chance, these two weeks of Olympic competition, encompassing those winter sports we love, those we would love to try (if we could without a broken neck) and those we would love to (but may never) understand. It’s our chance to celebrate national pride loudly and with much chanting, no matter who we are or which nation we call home. If there is ever an appropriate moment for an over-the-top display of national pride, it is during the Olympics. So … for the next six days, let’s hear it!

Amazing Story of Praise in Haiti 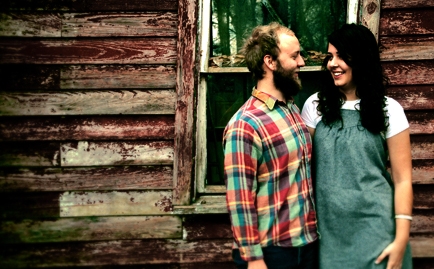 Dating Is (Seriously Not) Easy