It’s been a pretty big week on Fox between the season finale of Glee and the season premiere of Lie to Me. For all my fellow-“Gleeks” who are wondering what I thought of the finale: it was an absolutely satisfying way to complete the season one arc of the William McKinley High School glee club’s experience together. Above all, it was fun, and hey, Sue Sylvester (Jane Lynch) was nice … almost. As much as I think that fact demands to be appreciated, I can’t see myself coming up with an entire column devoted to it. And if I did, I can’t see too many of you being all that interested in reliving it. If I’m wrong, there’s always Hulu.

Lie to Me, on the other hand, has left me with plenty to think about. It is possible that this show’s original appeal for me sprang from the fact that half of the time I have no idea what the expression on my face that everyone can see is communicating, as evidenced by the fact that people often tell me I look very different from how I feel. (This is usually not a great thing.) Given these experiences, the idea of someone being able to read split-second micro-expressions behind primary facial expressions doubly fascinates me. Beyond that fascination, this week I’ve been thinking: Most people probably never notice the micro-expressions of my face or my heart, but God never misses even one.

This week’s season premiere of Lie to Me on Fox found Dr. Cal Lightman (Tim Roth) providing a lecture on micro-expressions and body language to a group of college students. He showed the class video of former President Nixon’s Watergate testimony and was in the process of explaining all the nonverbal evidence of deception contained in the footage when a student spoke up and accused Dr. Lightman of seeing what he wanted to see. In response to this accusation, Dr. Lightman invited this student to participate in an in-class demonstration of his scientific specialty. The student picked two photographs and described them to Dr. Lightman and the class, and Dr. Lightman was supposed to guess whether the student was telling the truth or lying about the content of the photographs based on his nonverbal response to them. For a seasoned professional, that should be a simple exercise, right? Right. Except Lightman was wrong both times. In one of the creepiest Lie to Me twists yet, the college student who looked nice and clean-cut on the outside, who often played the “good Samaritan” for young women, turned out to be a full-blown sociopath.

This caught my attention on two very different levels. First, the idea that we can never really be sure about the character of most of the people around us makes my skin crawl a bit. People are unpredictable. They engage in impression management. Things are not always as they seem. We all know that, but somehow knowing that has not made us more skilled in recognizing the facades of everyone around us. I mean, if a sociopath can make it past trained professionals like Foster (Kelli Williams) and Torres (Monica Raymund), it’s no wonder we fool each other all the time. Yes, I know Foster and Torres aren’t real people or deception detection professionals, and I realize most of us are not hiding sociopathic tendencies, but we feign interest, we pretend we’re listening, and sometimes we even fake spirituality, and most of the time most of the people watching us fall for it. Scary, huh?

Second, the whole concept of nonverbal micro-expressions revealing a person’s true feelings has me thinking about what God sees when He looks at us. He can see past my smile no matter how well I glue it (or screw it) on. The upside of that is the fact that He can see the pain I’m hiding. The downside: He knows when I’m worshiping with my whole heart and when I’m doing all the right things for all the wrong reasons. I might be able to fool you (and even myself for awhile), but just as no sociopath is safe under Lightman’s scrutiny; I can’t convince an all-knowing God that everything is fine when it isn’t.

Proverbs 4:23 (NLT) says, "Guard your heart above all else, for it determines the course of your life.” Micro-expressions reveal the heart, and the season three premiere of Lie to Me quite graphically demonstrates that behavior ultimately mirrors these micro-expressions and not the masks we use to hide them. Whatever we truly feel in our hearts, whether anger unresolved, pain unhealed or apathy unchecked, it will assert itself in our daily lives eventually. Unless … we stop lying to ourselves and each other and start taking care of our hearts, so that when people discover the truth about us what they are really discovering is the Truth—love unmatched. 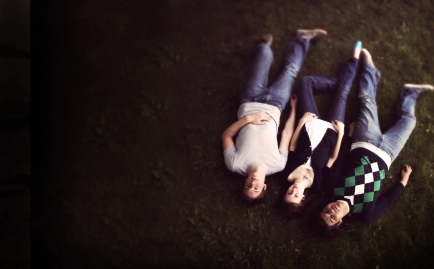 How Can We Experience God? A Christian Response to the Oil Spill