USA Network’s Royal Pains is not just another medical show. It’s not about the medical procedures. It’s not about the bureaucracy of the medical system. Instead, it takes us into a world most of us have never seen—a world where people are rich enough to have any medical procedure they need or want on their terms, at their houses, while completely skirting around paperwork and protocol. Described this way, Royal Pains certainly doesn’t sound like a very likable show, but I like it anyway. I like it because it looks and feels like summer vacation. I like it because it is often funny. I like it because it gives me a whole hour to look at Mark Feuerstein. I realize that this last reason is probably laughable to many readers. In my mind, an hour of Mark Feuerstein in the midst of my week is absolutely no laughing matter … but I digress.

In one episode titled “Medusa," Feuerstein’s character, Dr. Hank Lawson, is called upon to fly into New York City to take part in the medical care of his eccentric, wealthy landlord, Boris, (Campbell Scott) who has a rare degenerative disorder. Overall, patients requesting that Hank come to them is not an unusual occurrence. After all, Hank makes house calls as the foundation of his practice. Consequently, Hank’s brother Evan (Paulo Costanzo), seeing this as just another house call and needing to travel to the city for other reasons, begs Hank let him ride on the private jet Boris sent. Reluctantly, Hank agrees. The cycle of Evan begging and Hank relenting is not an anomaly either. However, both learn that their trip is not concerned with the average house call when the jet lands not in New York City but in Cuba. Boris has brought Hank here to evaluate his planned participation in an experimental medical treatment. So while Evan is off scuba diving, procuring illegal Cuban cigars and getting himself kidnapped, Hank tries to convince Boris not to pursue the experimental therapy he is contemplating until Hank can get more information about it. Boris chooses to go ahead with the treatment in spite of Hank’s advice, leaving viewers hanging over the edge of two cliffs simultaneously. Who kidnapped Evan and why? Will the experimental treatment help Boris or hurt him? The answers … next week on Royal Pains.

As I am waiting impatiently for the next episode, I keep thinking about Hank’s dilemma with Boris. Boris asked for Hank’s input and advice about his treatment options. Hank did his best to offer sound advice, and then Boris chose to go against it. Giving advice is like that in life. Someone may ask for my advice regarding a matter that falls under my experience or expertise. I can give that advice, but I can’t make anyone take it. On the other hand, when I ask someone with wisdom and/or expertise to advise me, I have to be prepared to accept the consequences if I choose to go against that advice. Real-life consequences are tricky in that, while the consequences of Boris’ decision promise to play out dramatically before our eyes within a week, life consequences rarely assert themselves quickly or directly. Sometimes we are even tempted to believe that a lack of immediate consequences on the path we take against the advice of those wiser than us means there will be no consequences, but it’s worth remembering that only time will tell what the consequences of our choices will be. In all this talk about advice, I have some of my own for you. It’s free and you didn’t even have to ask. Join in the spirit of summer vacation. Watch Royal Pains this Thursday to see what happens to Boris the medical experiment and Evan the kidnapping victim. Any bets on how far Hank will have to go to save them both? 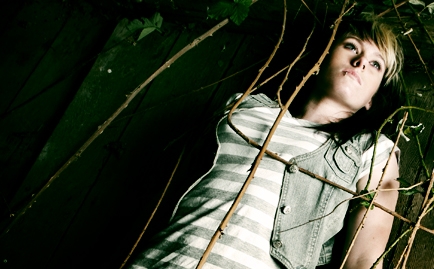 The Spiritual Side of Money