While surfing Facebook at work a couple weeks ago (ye who’s without that sin can cast the first stone), I found a status update from my 15-year-old niece in Alabama that took me right back to my own awkward high school days. She had just experienced a particularly awful day on the school bus with her classmates, and I wished I could find a way to help her.

But I was stuck at my desk at a newspaper in Los Angeles, and as I contemplated the moment I realized that, as a guy who defines big and tall (I’m 6-foot-3 and 300 pounds, but I carry it well! Or so I tell myself …), I was kind of like her “Uncle Buck.” So after making her feel better by writing that I’d bust some heads for her if I was in the same town, I asked her if she’d ever seen that John Candy/John Hughes comedy classic. To my amazement, she hadn’t, so I resolved to head down to Target and get her a copy.

It was while I was standing amid the video aisle that I remembered my own rough days as a 15-year-old suffering in an all-boys Catholic school in Little Rock, a small city I constantly yearned to get away from. And I remembered that while moping through a particularly tortuous unrequited love for a girl at the Catholic girls’ school a couple miles away, a different movie helped me feel better back then, like I wasn’t alone in the world.

That film was another John Hughes classic, Pretty in Pink, and in it the character of Duckie felt the awful pangs of love and rejection in such a direct and powerful way that I felt Hughes had been secretly filming my life. I just couldn’t believe a filmmaker could so thoroughly understand what I and other teens were going through.

I sent Tina a note from my phone and asked her if she’d ever seen Uncle Buck or Pretty in Pink. She’d only seen Ferris Bueller out of all of Hughes’ iconic films, so I threw both those flicks in the basket and picked up Sixteen Candles and Some Kind of Wonderful to boot. I figured I’d save Breakfast Club until she was officially 17 so my sister, her mom, wouldn’t shoot me for sending her an R-rated movie too early.

And so it was that a few days later, Tina wrote me to say those movies meant the world to her too, now. She knew what it was like to pine for the perfect boy like in Candles and to worry about the big dance like in Pretty, to have a great guy friend she couldn’t get to the next level with like in Wonderful. And she thanked me for being her Uncle Buck.

I’ve written before about John Hughes and the impact he had on me and countless other teenagers back when he passed away in August 2009. And it blows my mind all over again to see how his movies still have an undeniable ability to impact young people’s lives for the nearly 25 years after they were created.

There are plenty of other movies that speak to people in different ways, especially in the unique manner in which any moviegoer stumbles across a film that becomes an all-time favorite for them. For me as an adult, one such movie is Jim Carrey’s Yes Man. I know it’s not perfect, but then neither were the Hughes films in a formal critical sense.

But I saw Yes Man at a particularly low day of my life, while depressed on Christmas weekend two years ago because I wasn’t able to make it back home to see my family. On that day, I saw Carrey play a man—named Carl (a sign from God?!)—who was moping his way through life until he encountered a guru who made him say “Yes!” to all that life had to offer.

Soon Carrey was taking Korean classes and guitar lessons, jetting off to Lincoln, Neb., on a moment’s whim just to check out a place he’d never been. That joie de vivre and can-do spirit perked me up well beyond my two hours in the theater, sparking me to treat myself to a four-day vacay in San Francisco where I took any opportunity that came up: eating the best seafood, drinking the best beer, taking the best tours and even driving for the first time in five years (I’m paranoid about driving ever since a serious accident I caused in 2003, and normally don’t).

As I’m writing this now after a day in which I experienced some disappointment, Yes Man showed up as available on my HBO On Demand. I clicked it on, and as I type thinking this essay about the impact a few movies had on my niece half a country away and two decades removed from their initial release, it is reviving my mood and renewing my spirit again.

It is that power of film—or any kind of art—to help us transcend our sadness and disappointments that makes me realize what a divine gift artists have. A movie or TV show or song that can raise our spirits or inspire us to greatness is a blessing from God.

So this week, I hope you’ll think back to a movie that made you feel really really good, and aside from watching it yourself, will also think of a friend or family member who could use a little cheering up too. Then head down to Target or Best Buy, or click over to Amazon, and pick up a DVD you know can make them feel better and share your own special memories with them. 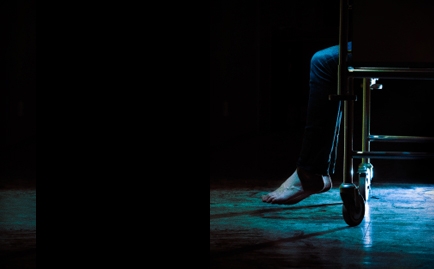 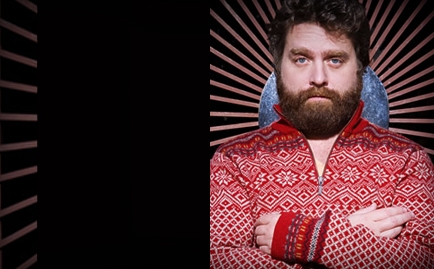 The Off-Kilter World of Zach Galifianakis