For the purpose of this column, I am going to assume all of you who wished to have already taken in coverage of the royal wedding this past weekend. I know you’ve had enough opportunities to learn even the most insignificant details. If you somehow missed it, a) Where have you been?, and b) Visit hulu.com. Yes, it even infiltrated Hulu…

But buried beneath the royal wedding coverage, in the news ticker’s fine print, perhaps you saw coverage of tornadoes that have devastated the southern U.S. and made everything else seem insignificant. I do want to say to those affected by these tornadoes that, royal wedding or no, we have heard your stories, seen your losses and we are praying.

In the midst of all this good and bad news, I still have a television column to write… Having eliminated the two biggest events of the week—measured by hype and impact, respectively—there is only one other television event that carries enough historical and emotional weight to hold its own in the face of current events. This week, The Office said goodbye to Steve Carell, and it wasn’t quite a comedy.

In the past, I have watched The Office and thought, "No one’s workplace is actually like that." In its zaniest moments, that’s probably true, but the most recent episode, titled "Goodbye, Michael Scott," felt realistic—maybe too realistic.

About a year ago, I said goodbye to a group of long-time coworkers. Like Michael, despite the knowledge that leaving was the right thing for me, I had a hard time actually leaving. I don’t know about Michael’s assertion that in the end our coworkers are really our best friends, but I do know that leaving behind people you have seen at work regularly for years is not as easy as I thought it might be. For Michael, it was hard enough that he almost couldn’t do it—almost called his fiancée, Holly, and told her he couldn’t move to Colorado, almost didn’t say his most important goodbyes, almost didn’t leave at all. Almost. But in the end, life moves on, and we all have to move with it, no matter how painful the moving might be.

As if to prove the point, Michael did say his final goodbyes. The ones we didn’t hear were the most poignant. Michael survived them all with only a few tears and a minimal amount of paint in his hair. I do wonder how Steve Carell’s personal goodbyes with his fellow actors went, and it remains to be seen whether The Office will survive his departure as well. Either way, Michael’s final regular episode reminds us that when we have to say goodbye, to our coworkers, or to life—or a favorite television show as we know it—the pain of the experience may surprise us. It will certainly be hard, but we, too, will survive.

Which of Michael’s big goodbyes was your favorite? Cast your vote in the comments below:

Rachel Decker writes a biweekly column about television for RELEVANT magazine. Check out her blog at http://racheldeckerspeaks.com/. 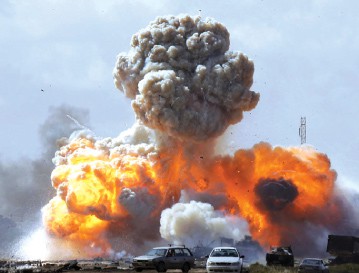 There’s No Peace in the Middle East 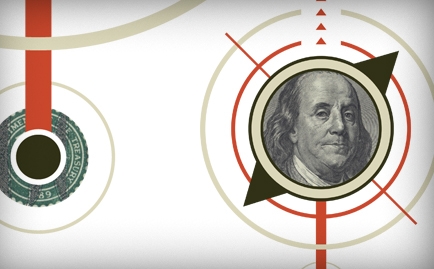 The Responsibility of Wealth