Are you ready for some reruns? As a television columnist, I hate this time of year—this week in particular. The spring finales have just passed. The summer premieres have yet to arrive, and even with those, our television choices throughout the summer are greatly limited by reruns.

During the past couple of summers, I thought this trend was changing with networks releasing new creative content specifically for the summer season. Then I saw the summer schedule Fox has planned. Only three shows with new episodes (all reality TV fodder) leave a lot of open primetime slots to be filled by reruns. If the other networks’ schedules look anything like this, it’s sure to be a long summer for television viewers (not in a good way). I hope we liked them as much as they think we did the first time.

Why do television networks lean so heavily on reruns? I have a few ideas:

Resource limitations: New television shows (at least most of the successful ones) require fresh ideas and perspectives. While there are many of these, at any given moment they may seem to be scarce. Some of the best ideas require waiting for the right team and the right time, so until then, television networks keep doing what they’ve been doing. Limited monetary resources may be an obstacle to presenting new shows for audiences. The costs of producing a television series are certainly not small, but I think cost is generally just an excuse masking a lack of creativity or some other real reason that we have been banished to the decidedly un-wonderful land of reruns.

Laziness: Of course, it takes less work to replay a show that has already been written, acted and recorded than it does to wade into the middle of a new venture. It also takes less advertising to promote a show that is already well-known with an established audience.

New things are never easy. Maybe that’s why even the new offerings that do make the schedule tend to follow one of a relative few familiar formulas: the family comedy, the workplace comedy, the circle of friends’ comedy, the police drama, the medical drama, the legal drama. There are not many truly fresh ideas in television.

Success: And why should any television network put time and resources into creating and presenting a new show when the schedule can be supplemented with any number of the shows we already know and love. We are taught in a thousand different ways not to change what is working. It seems like sound advice, right? It is great advice to a point, but even the most successful shows can lose their impact and influence over time. What keeps the networks from shaking up their shows and schedules then?

Fear: New ventures are scary. Every new television show has to risk failure to pursue greatness. More often than not, new shows don’t win enough viewers over to last. After a while, a pattern of these failures will start to reflect on the network, so network executives take as few risks with programming as possible.

My first reaction is to say it seems a little pathetic, and I want something else besides reruns all summer. On deeper reflection, it occurs to me that my reasons for failing to risk big on new adventures in life are not unlike the ideas I have outlined to explain the glut of summer reruns on television. I tell myself I would try something new if I had more time or money when the real issue is that I have not thought of a creative way to begin the adventure with the time and money I have.

Almost certainly, I would act on more untested ideas and new opportunities if it wasn’t so much work to do so, and if I wasn’t so comfortable with the strategies I have already found to be effective. Perhaps most importantly, I would push myself to develop new skills and embrace greater risk in pursuit of greater reward, if I wasn’t so afraid to fail. In light of all this, I present the following challenge: Don’t let your life be a rerun this summer. We can watch this summer’s television reruns or not, but let’s definitely try something new in our lives.

What will it be for you? 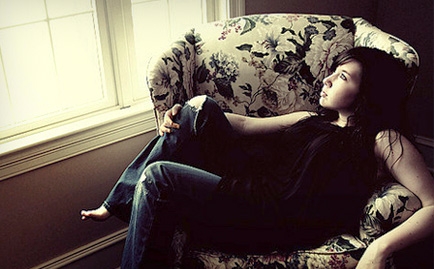 Why Do Prayers Go Unanswered?