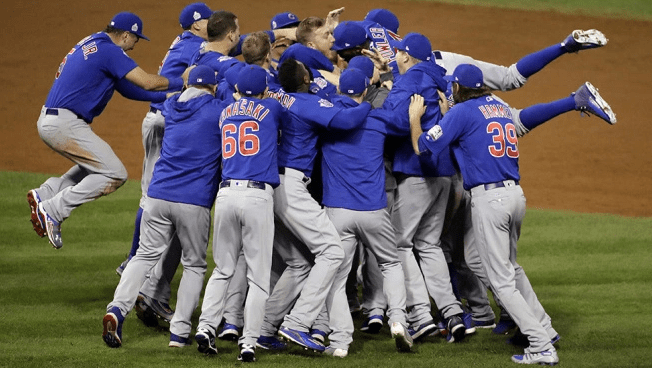 Wednesday night was legendary. You either know what we’re talking about or you were watching the CMA Awards. We’re kidding, kind of.

Here’s what you need to know: This year’s World Series not only broke “the Curse of the Billy Goat” but also broke the record for biggest World Series Game 7 audience since 1991. That was when the Minnesota Twins beat the Atlanta Braves which drew 50.34 million viewers to CBS.

This year’s game brought in 40.05 million viewers. That means almost 40 percent of TVs saw the Cubs win on Wednesday night. It should go without saying that the ratings of whatever other shows were airing suffered as a result.

Forty million is hard to compete with, so the award show didn’t take a total hit, but then again … Beyonce was there.

There is no doubt that the Cubs’ victory and the game’s views will all go down in history. Ratings have proven the win to be well worth the wait, but hopefully we don’t have to wait another 108 years to see the Cubs take home a World Series trophy.