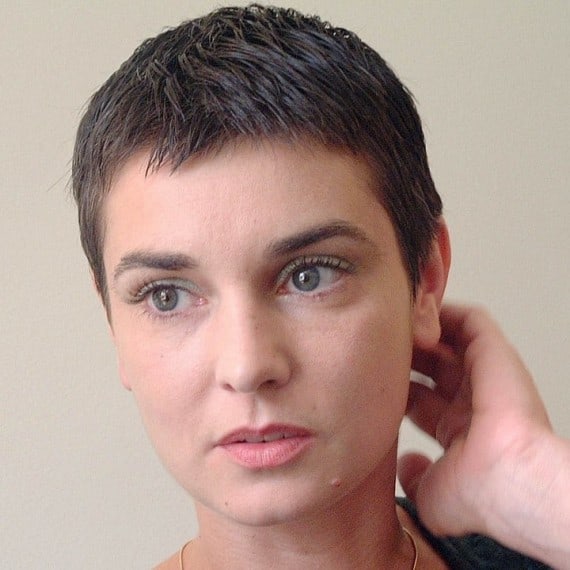 In her Rolling Stone interview, human caution sign and non-RELEVANT reader Miley Cyrus said she draws a lot of inspiration from Sinead O’Connor, which shows she may not be quite as airheaded as she makes herself out to be. O’Connor got wind of that and has responded with an open letter for Miss Cyrus that also works as a piercing statement on the music industry, the sexualization of young stars and being a woman in America. You can read the whole thing here (be warned: the language gets mighty salty), but here are some choice quotes …

1. I am extremely concerned for you that those around you have led you to believe, or encouraged you in your own belief, that it is in any way ‘cool’ to be naked and licking sledgehammers in your videos.

2. Nothing but harm will come in the long run, from allowing yourself to be exploited, and it is absolutely NOT in ANY way an empowerment of yourself or any other young women, for you to send across the message that you are to be valued (even by you) more for your sexual appeal than your obvious talent.

3. You are worth more than your body or your sexual appeal. The world of showbiz doesn’t see things that way, they like things to be seen the other way, whether they are magazines who want you on their cover, or whatever.. Don’t be under any illusions.. ALL of them want you because they’re making money off your youth and your beauty.

4. Real empowerment of yourself as a woman would be to in future refuse to exploit your body or your sexuality in order for men to make money from you.

5. Whether we like it or not, us females in the industry are role models and as such we have to be extremely careful what messages we send to other women. The message you keep sending is that its somehow cool to be prostituted.. [sic] its so not cool Miley.. its dangerous.

Opting Out of Medicaid Expansion Leaves Millions of Poor Uninsured

How I Became Friends With a Murderer