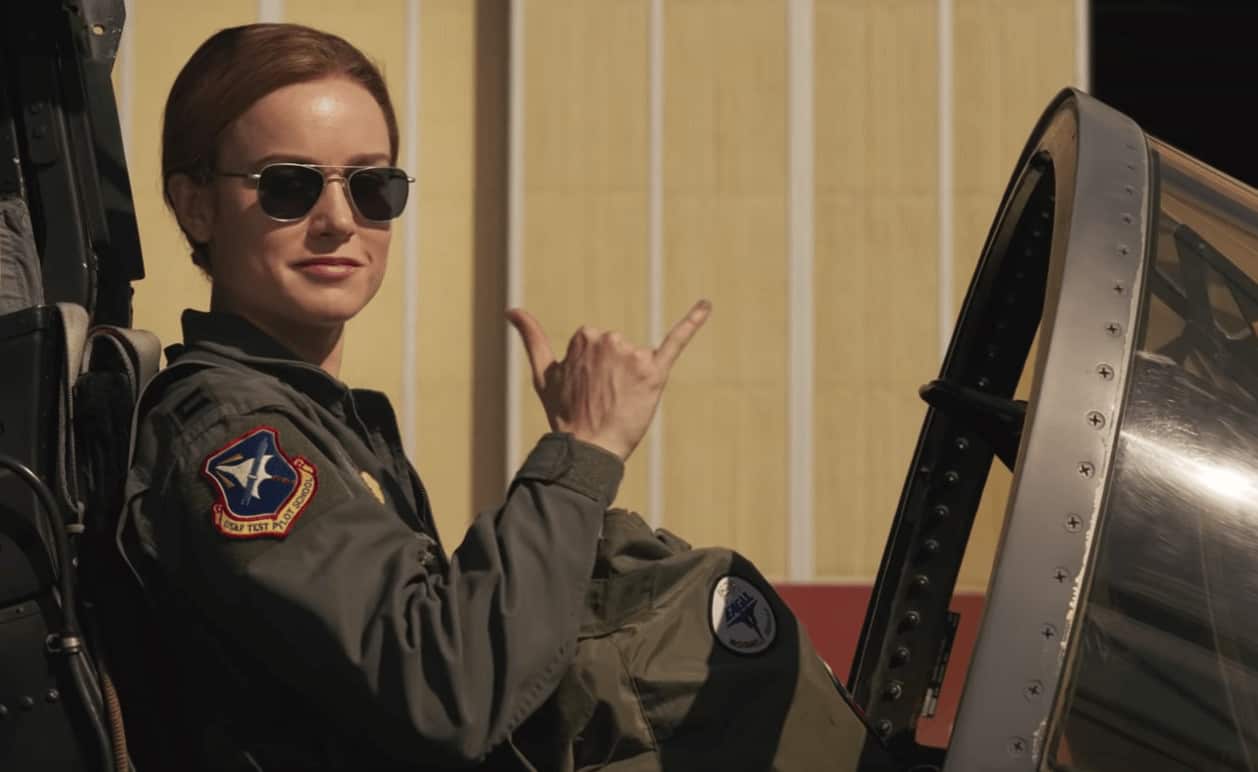 Last night, Marvel dropped the second official trailer for Captain Marvel, the first female-lead movie in the MCU. Starring Brie Larson in the title role, Captain Marvel looks to not only serve as a huge linchpin in the post-Infinity War landscape of Marvel movies, but also as another step forward for the company in terms of representation.

The new Captain Marvel trailer contained lots of new images and a couple surprises. We’ve unpacked it all. Here are our most imminent takeaways from the spot.

1. This is definitely a hard science fiction movie. This trailer leans harder into the more otherworldly aspects of the Captain Marvel character than the original 90s-style ad. We have alien blood and giant lasers and huge space battles. This could be more of a genre film than we thought.

2. Aged-down Samuel L. Jackson looks…awesome! One of the bigger areas of CGI development over the past few years has been the ability of visual effects artists to make older actors appear younger, as we saw with Carrie Fisher in Rogue One: A Star Wars Story and Johnny Depp in Pirates of the Caribbean: Dead Men Tell No Tales. In the past, those looks have been pretty regrettable, but Samuel L. looks awesome here. And hey, where’s Nick Fury’s famous eye patch??

3. Jude Law and Ben Mendelsohn are gonna play villains forever, it seems. Although some theories posit Law’s character to be Mar-vell, the person who gives Carol Danvers her powers as Captain Marvel following a DNA-fusion explosion (just roll with it), his vibes in this trailer are pretty mean. Plus you have Ben Mendelsohn doing his typical sniveling bad-guy act. Type-casting? Maybe, but both of these guys are really strong villains, so we’re not mad at it.

4. Turns out there was a reason to punch that old lady after all! Remember when we were all pretty concerned that Captain Marvel was going to feature some age-ist violence when Larson smacked off on that old lady in the first trailer? Well, turns out that woman is a Skrull, a member of a shapeshifting race of aliens. In that case, better hit her twice, Brie.

5. GIANT FLYING GLOWING SPACE LASERS WOOOOOOOOO. That’s all we have to say. That final action scene looks freaking insane. March 8, 2019 is when we’ll learn what’s going on with those scenes in more detail, but in the meantime, flame on Cap’n. Or whatever that is.