For the most part, they feature either bumbling husbands who are always put in their place by bizarrely patient wives (Family Guy) or flighty women always being put in their place by competent men (I Love Lucy). It’s rare to find a televised marriage in which the show creators seem to have any idea how a real relationship ought to work, and the toll that’s taken on society has, perhaps, yet to be fully understood.

And yet, in every decade, certain shows have broken with the mainstream to portray marriage as not only desirable, but admirable. These shows are rare, but they’re wonderful, and they can act as small, half-hour lessons in our weeks of what we ought to aspire toward. And so, we bring you RELEVANT’s top televised marriages of the past 50 years, one from each decade, and what it teaches us about having and holding, for as long as you both shall be syndicated. 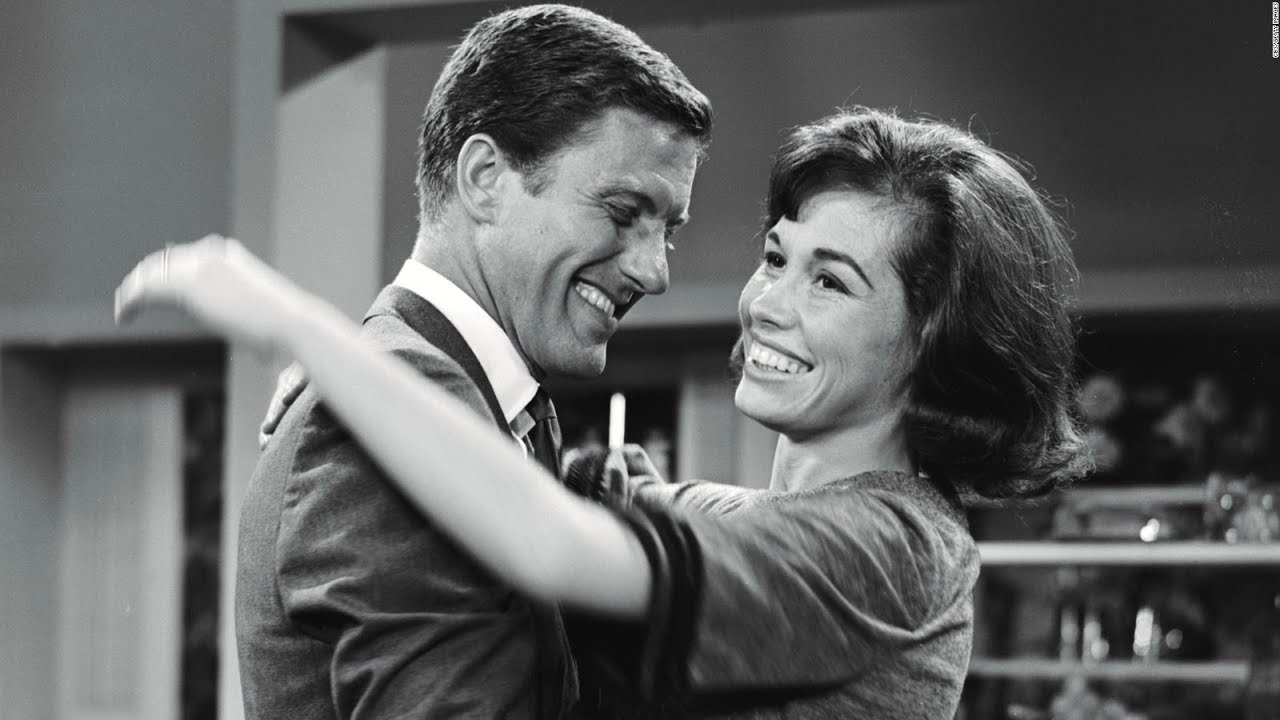 These days, Dick Van Dyke and Mary Tyler Moore’s fictional marriage is more likely to be mocked for its separate beds than heralded for its portrait of a progressive marriage in the 1960s. Separate beds on TV may be quaint, but in its heyday, the show was pushing the envelope in ways few television shows ever have. Show creator Carl Reiner was hard at work delivering an interesting, nuanced portrayal of a marriage when most television shows were still asking viewers to laugh at smart, long-suffering husbands putting up with their silly, accident-prone wives. Rob and Laura’s relationship was a spirited one, in which Rob never had to resort to instructing Laura that she “had some ‘splaining to do.” They explained things to each other, respected each other’s mutual roles and seemed to have a marriage that involved friendship and patience. It was as much a revelation in the ’60s as it would be today. 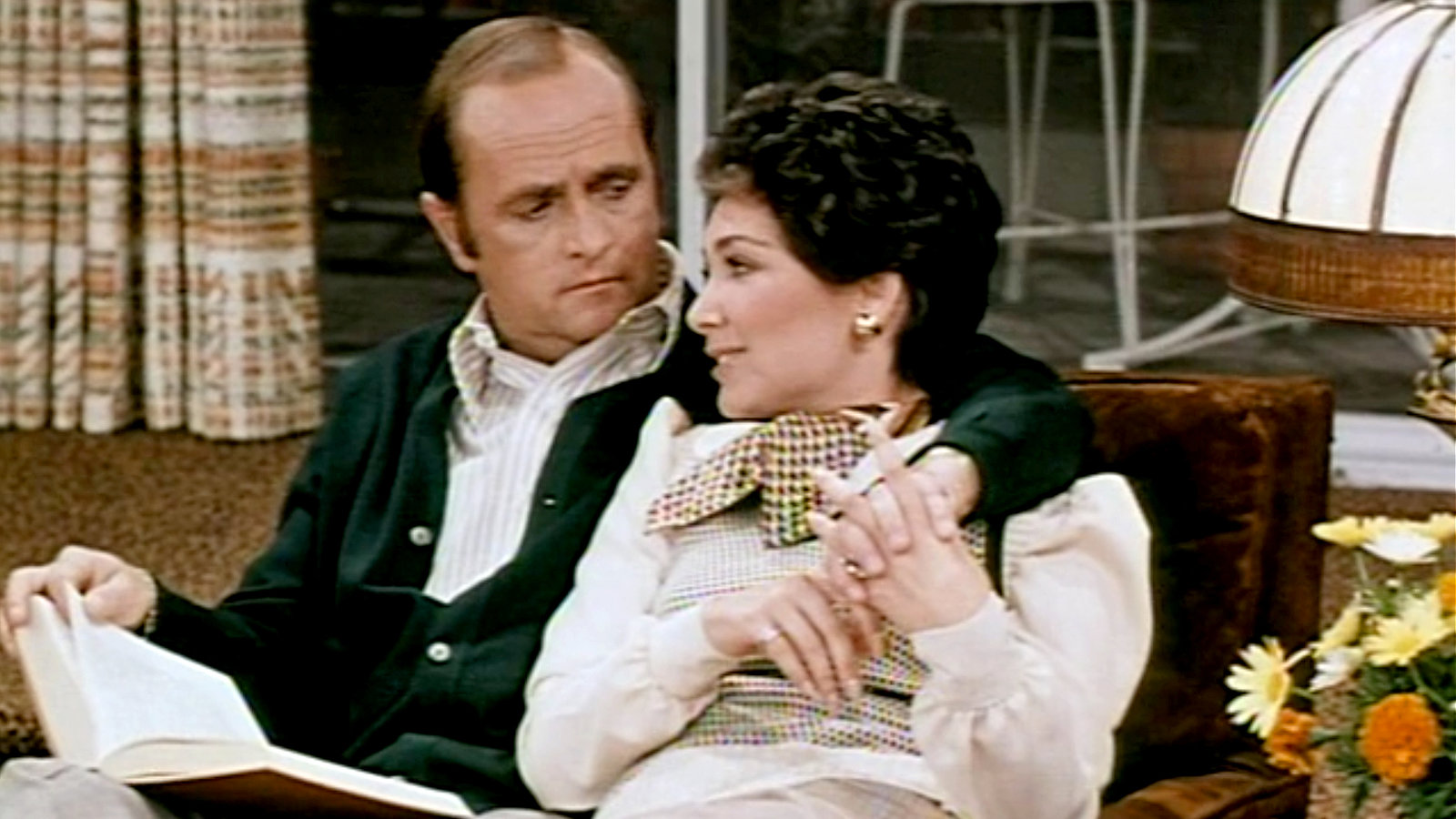 The Bob Newhart Show was neither a workplace comedy nor a home life comedy but straddled both, showing both Bob’s work and home in equal measure. Yet the show’s theme song, “Home to My Emily,” probably sums up what the show was really about: Bob’s marriage to Emily (Suzanne Pleshette). As a neurologist, Newhart spends most of his time surrounded by oddballs and neurotics. He can work with them, even help heal them, but he can’t be fulfilled by his work with them. For that, he needs his wife, who was able to nurture him, encourage him or, when needed, correct him (often with a wit that surpassed his own). The 60s was the era of the self-made man, defined by his job. The Bob Newhart Show turned that idea on its head, showing a man who was only good at his job because of the support and wisdom he got from his marriage.

This All in the Family spinoff became so successful that it transcended the legacy of its parent show. Groundbreaking for a number of reasons, The Jeffersons ran for 11 seasons, the most of any sitcom starring a Black family. And while it was a sitcom, it never shied away from tackling tough issues, like alcoholism, illiteracy, self-harm and even gun control. It was also the first sitcom to feature an interracial couple. But no matter how much George and Louise moved on up, they always moved on up together.

Homer and Marge Simpson: The Simpsons

The Simpsons is many things, but a portrait of a perfect marriage it is not. Homer and Marge are an ill-matched couple. Marge towers over Homer in every way: She’s smarter, wiser and more aware. While Homer occasionally ends up saving the day, there’s no doubt Marge saves Homer in quite literally every episode. And yet—and yet—they make it work. They’ve got a spark of love, a mutual understanding and that crucial desire to push through. They work to overcome their differences and address each other honestly about their feelings instead of burying their arguments and resentment. The Simpsons’ marriage isn’t perfect but, when marital cynicism reached its peak in the ’90s, it continued to be happy—in spite of its obstacles. In that way, it gave everyone else a marriage to aspire to. Because if the longest running marriage on television can make it work, maybe we can too.

It’s always difficult to explain Friday Night Lights to someone who hasn’t seen it. Ostensibly, Friday Night Lights is “the football show,” and that chases away everyone except for football fans with a taste for homespun drama. But Friday Night Lights fans know that all the football is really just a backdrop to the show’s main focus: the relationship between head coach Eric Taylor (Kyle Chandler) and his wife, Tami (Connie Britton). Novels could (and should) be written about what this show got right about marriage, but it’s enough to say here that their partnership and love is arguably the finest portrayal of marriage in television today. Even so, Eric and Tami’s relationship is never idealized. They bicker, parse the truth and occasionally brawl. But you never doubted their deep, abiding love for each other. They cooperated and compromised on each other’s dreams, remaining flexible with their individual aspirations for the greater good of the Taylor household and, as we saw in episode after episode, the ripple effect of one honest committed couple extended far past the bounds of just their household. More than any show before or since, Friday Night Lights showed the power of a strong marriage in its ability to better and benefit society as a whole. And the Taylors kept their marriage strong the Dillon way: with clear eyes and full hearts. 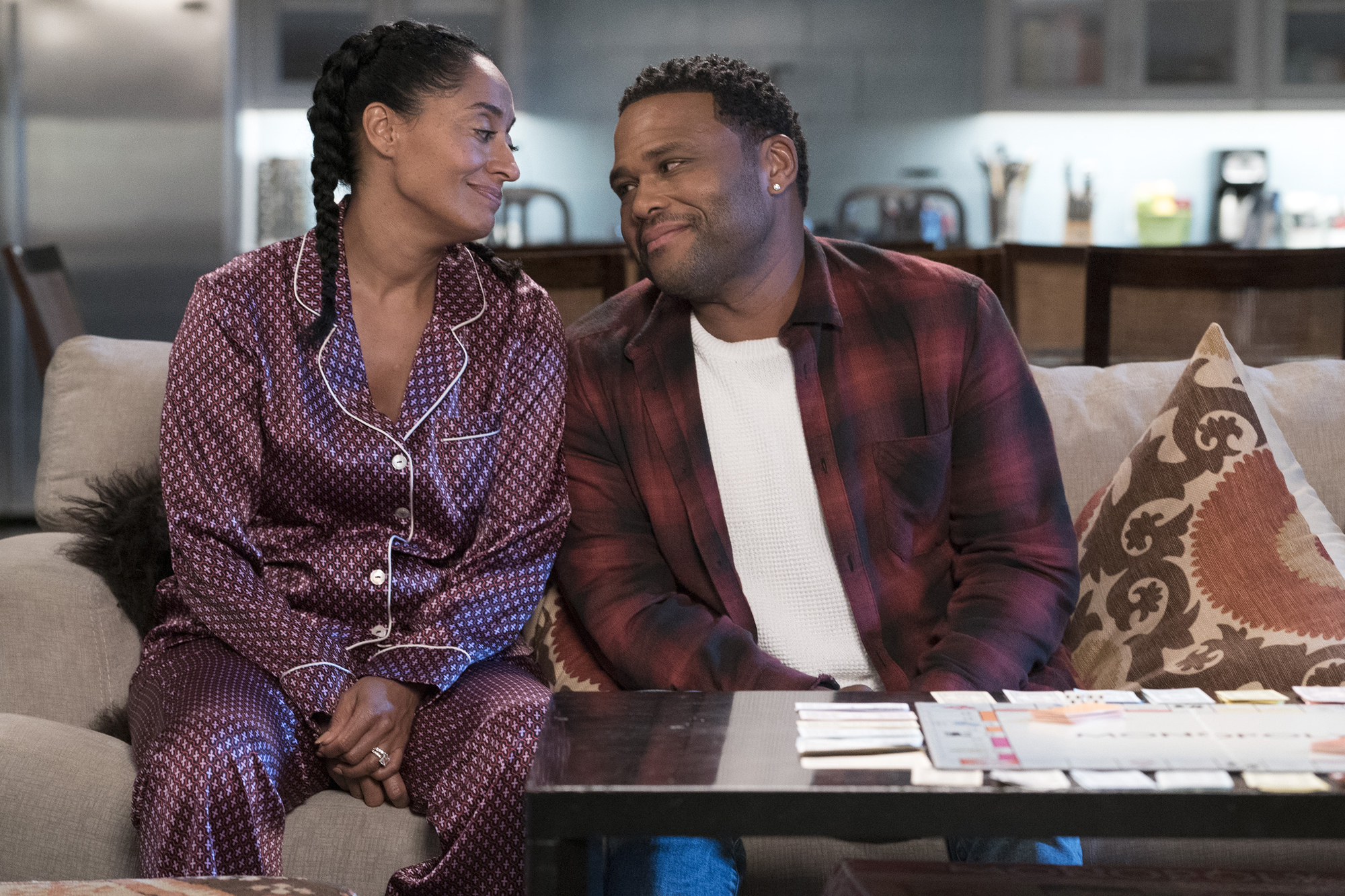 Black-ish is subtle in the ways it finds to provoke emotions. On the surface, it’s a warm little sitcom about a family juggling life in the modern age. But the Johnson’s reactions to current events, sociopolitical issues and family drama come at you sideways, zigging when you think they’ll zag and ultimately landing much harder for it. This could feel a little gimmicky if not for the spectacular pairing of Anthony Anderson and Tracee Ellis Ross, who know that parents act one way around their kids and another way when they’re not — putting brave, wise faces on for the people who need them while internally wondering if they’re doing the right thing every step of the way. One thing they never wonder is whether or not they need each other, and neither do we. 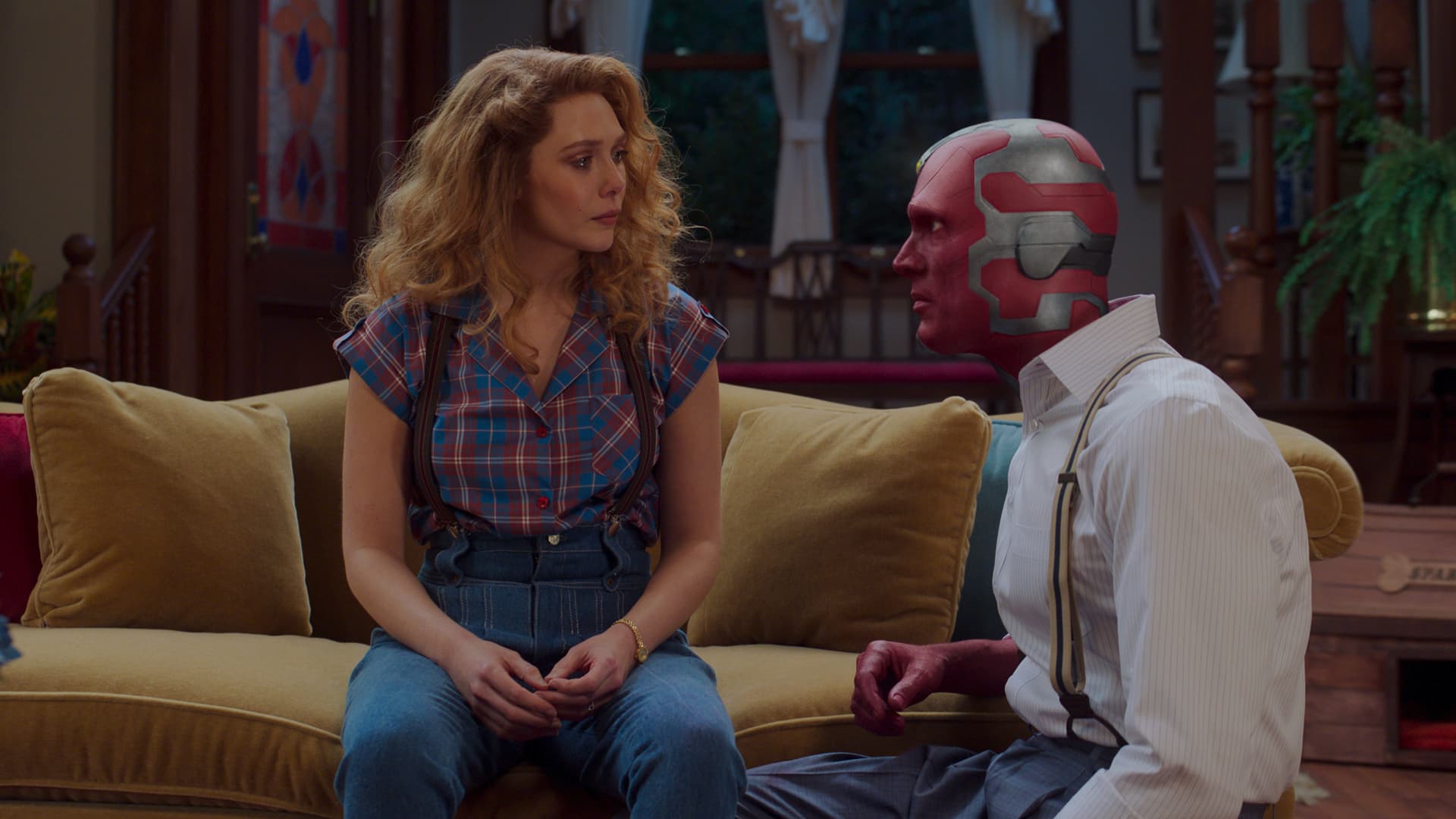 We’re only a couple years into the decade here so this may change, but WandaVision still deserves a mention for its portrayal of marriage. Few would have picked this MCU-spinoff about a magical sorceress and her synthetic groom to be as smart, affecting or deeply emotional as it ended up being, but Wanda and Vision are one of the more real couples we’ve seen on TV in recent years. Of course, it was helped by the fact that it very plainly took its cues from a lot of marriages portrayed on this, but their story transcended the sitcom pastiche. Wanda and Vision lived in a world that seemed to be constantly falling apart, where it was difficult to discern what was real and what wasn’t, and their differing views of reality threatened to drive them apart until they ultimately realized they’re stronger together. If that doesn’t sound like a solid marriage in modern America, than what does?