Andraé Crouch’s is known as the “father of modern gospel music,” but he was much more than just that.

In reality, he was an ambassador for gospel music at a time when it desperately needed one. CCM was seen as, at best, a tax write-off for most music outlets—a curiosity. But Crouch had a keen ear for pop music that he rooted in the gospel music that was his legacy, and it made for some truly addicting music. He fused unlikely genres and found something that was fresh, unique and deeply inspiring. He brought guitars and drums into worship music back when some churches were uncomfortable with overheard projectors. He was dangerous like that, and people loved him for it.

Along with penning gospel classics such as “The Blood Will Never Lose Its Power,” “My Tribute (To God Be the Glory),” “Jesus Is the Answer” and “Soon and Very Soon,” Crouch also worked with the biggest pop artists of the ’70s and ’80s, crossing the “Christian music vs. secular music” divide in pursuit of just creating great art. A Christian working with Madonna would raise eyebrows in 2015, so you can imagine the uproar it caused in 1989. But it made for some legendarily great music.

Crouch passed away this week at the age of 72, but if you attend a church with worship choruses or listen to music with gospel influences, you’re keepin his legacy alive.

Here are a few of the pop hits the gospel great helped create:

Michael Jackson – “The Man in the Mirror

That choir that takes Madonna’s song over the top? Crouch is directing it.

The King covered Crouch’s song on his 1972 Grammy Award-winning album He Touched Me.

Paul Simon – “Jesus Is the Answer”

Paul Simon in Concert: Live Rhymin’ may be best remembered for Simon & Garfunkel’s classic performance of “The Sound of Silence,” but it’s followed by a cover of Crouch’s “Jesus Is the Answer,” one of only two covers on the album.

Tata Vega – “Maybe God Is Tryin’ to Tell You Somethin’”

Crouch co-wrote the single from the soundtrack to Steven Spielberg’s acclaimed 1985 adaptation of the novel, The Color Purple.

Crouch was the choir director on this single from the Motown legends responsible for hits like “Easy” and Brickhouse.”

Michael Jackson – Will You Be There 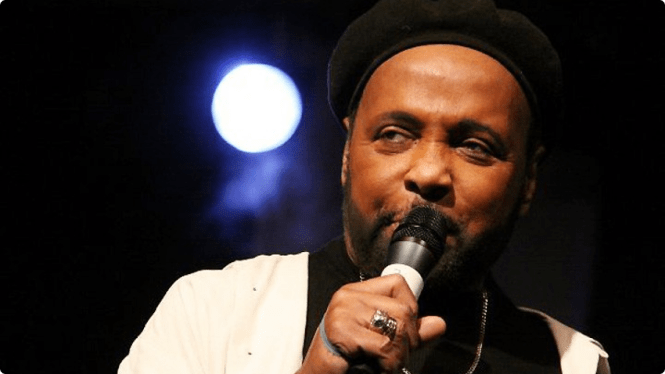