Despite getting canceled by NBC after five seasons, the cult comedy Community will find second life this fall after getting picked up by Yahoo!’s streaming network. Fans may actually get their long-heralded six seasons and a movie after all.

And though the quirky sitcom about a group of community college misfits has been a favorite among hardcore fans, it never caught on to large audiences. In other words, it was a perfect show to get saved by a streaming provider more concerned with building a respectable catalogue than the burden of fulfilling network ratings demands. Arrested Development has, of course, also found new wind beneath its wings on Netflix.

If it can happen to Community and Arrested Development, why can’t other great shows get another shot?

Here’s our list of shows that, like Community, ended too soon, and should have gotten another chance to go down the right way.

If you need any proof that Freaks and Geeks ended way too soon (just 18 episodes were made, and only 12 originally aired), just look at what the show’s stars have done since. James Franco, Jason Segel and Seth Rogen have arguably become three of the biggest movie stars of their generation. Busy Philipps, Linda Cardellini and Martin Starr have all gone on to have respectable TV and movie careers. And the show’s creators—Judd Apatow and Paul Feig—are two of the most successful comedy directors in Hollywood. The show was smart, funny and refreshingly un-cynical when dealing with issues like friendship, growing up and relationships. Sure most of the cast members are now well into their thirties—but if a network reassembled the all-star cast, we’d totally watch the old gang relive the chemistry as goofy adults.

Sadly, Chappelle’s Show may be more famous for how it ended—with Dave Chappelle walking away from the show and tens of millions of dollars while producing the third season—than how great it was. Chappelle’s Show unflinchingly tackled issues like racial tension and prejudice in a way that wasn’t just poignant—it was hilarious. Chappelle also let his show be a platform for some of hip-hop’s best artist (Talib Kweli, The Roots, Slum Village, De La Soul and a young Kanye West all performed live), giving many of them a bigger audience and more exposure than they’d ever experienced. In recent years, Dave Chappelle’s been making a comeback, but it’s yet to be seen if he’ll ever capture the magic of his legendary sketch comedy show.

It’s hard not to get nostalgic when mentioning DuckTales. The afternoon staple about three duckling brothers and their fabulously wealthy Uncle Scrooge McDuck combined comic strip goofiness with light-hearted Disney adventures. There’s no shortage of kid’s programming today with superior animation and sharper writing, but DuckTales predated an era when kids watched live-action tween sitcoms, and instead enjoyed innocent cartoon adventures laced with classic slapstick. And, let’s be real here—we’d bring it back just to hear that theme song in regular TV rotation again. Though the series spawned a movie and several spin-offs (notably, Darkwing Duck and TaleSpin), it deserved more than the episodes we were left with.

If you were told that Joss Whedon was writing and directing a sci-fi show with Nathan Fillion that promised to explore morality via a ragtag group of space mercenaries, you might say that sounds like a great television show, and you would be right. Unfortunately, you’d be one of the few people who thought that, because Fox badly bungled Firefly‘s marketing, and the show only cranked out one season (and one hugely entertaining film followup in Serenity). But what a season it was. Although ostensibly a science fiction yarn, Firefly is more indebted to old John Wayne movies, infusing its futuristic worlds with both Western vibes and Western plot devices. But far more interesting than the aesthetic is the cracking dialogue and determination to ask the big questions. One of Whedon’s great talents is his ability to juggle a large cast of characters—a gift that’s been on display in The Avengers and Buffy the Vampire Slayer. But rarely did he manage a cast with as much poignancy and tension as Firefly. Space smugglers the cast of Firefly may be, but by the season’s end, they’ll feel like your closest friends.

This one might be cheating a little, because the show lasted a perfectly respectable five seasons (well, four if you don’t count season two, which some of us don’t.) but when tripe like Two and a Half Men is going on a staggering 12 seasons, it’s hard not to feel like we didn’t get just a little ripped off. Plus, part of what made Friday Night Lights such a winning show was that part of it felt like it wasn’t supposed to end. The triumphs and tears of Dillon, Texas seemed so real, and the characters so close to your heart, that it sort of seemed like they’d always be around. Eric and Tami Taylor would continue to push their friends, neighbors and students to be better than they knew they could be. Tim Riggins would continue to brood in a state of perpetual adolescence. The Dillon Panthers would continue to make an improbable amount of last minute, game saving touchdowns. Of course, nothing lasts forever. But one more season surely couldn’t hurt.

The much ballyhooed Veronica Mars movie was a fitting sendoff to the show, but it was certainly more for fans than new converts. Which is a shame, because over the course of three excellent seasons, this show proved itself a far, far more intelligent series than it had any right to be. Veronica Mars existed in the early, pre-Mad Men years when most television, let alone CW television, was still rarely taken seriously. But Veronica Mars took its audience seriously, dealing with high school through a very adult lens. Though everything about the show—from its quirky name to its sunny California setting—made it look like another show about the adorkable young, Veronica Mars was really a show about growing up faster than you want. The only tragedy is, we never really got to see her complete her journey to adulthood.

Difficult premise? On HBO? Not enough dragons? Who knows why nobody tuned into either season of Enlightened, Mike White and Laura Dern’s exquisite look at a woman attempting to piece her life together after a mental breakthrough with her psychiatrist. The show was about Amy (Dern) and her attempts to convince her former community that she has turned over a new leaf, but it was really about our perceptions of ourselves and others. Amy believes she’s changed, and she believes others should know that she’s changed, but she has a hard time proving it. And even though she feels “enlightened,” her friends and family find themselves unable to shake their perception of the old Amy. It’s as true a look at our own attempts at self-improvement as you were likely to find and, unfortunately, like most attempts at self-improvement, altogether too short-lived. 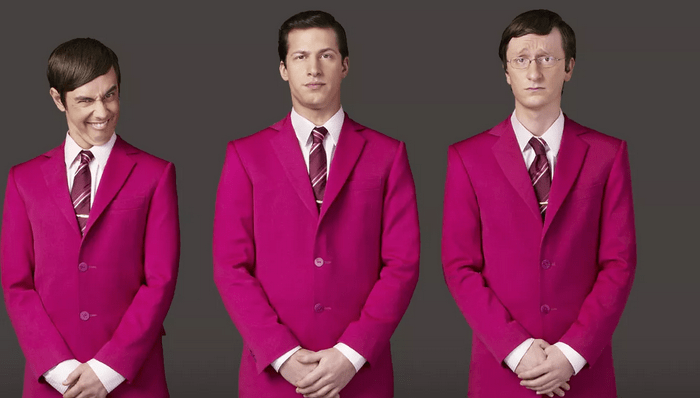 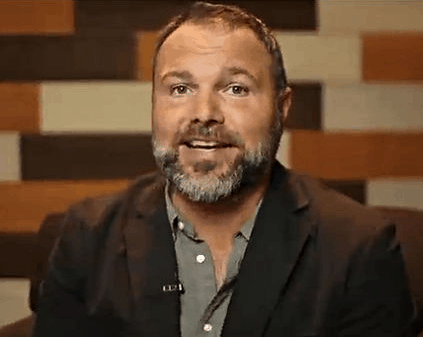