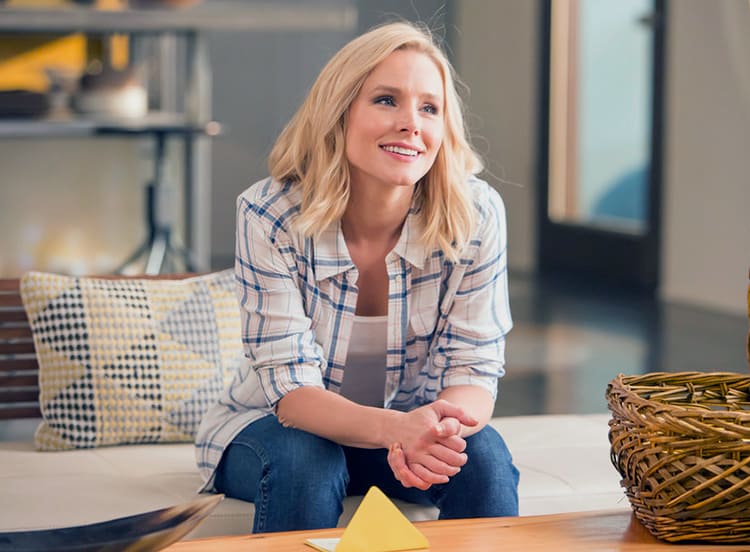 August is here, and so is a new round of movies and TV shows on Netflix.

Here’s our monthly look at seven new additions you need to check out in August.

The sitcom about the afterlife—from one of the creators of series including Parks and Rec, The Office and Brooklyn Nine-Nine—takes a little while to get going, but once it gets into a rhythm, it’s a genuinely funny and thoughtful show about spirituality, faith and consequences.

Netflix’s own corner of the Marvel Universe hasn’t been perfect (let’s be honest, Iron Fist isn’t very good), but this miniseries featuring Daredevil, Jessica Jones, Luke Cage and others looks very promising. The world of superheroes Netflix has created is darker and grittier than its big-screen counterparts, but it’s also a lot deeper.

Sure, Reloaded and Revolutions aren’t nearly as good as the original, but they still contain some of the best action sequences of the last 20 years. And, particularly in the first installment, The Wachowskis asked big questions not just about technology, but also the nature of reality, all the through thick religious metaphor and symbolism.

Despite not-so-great reviews, 21 tells a pretty fascinating true story of a group of M.I.T. students who figured out how to take down casinos. Based on the book Bringing Down the House, the film is a look at real a ethical dilemma, and the intoxicating pull of money.

Even though it’s a documentary (sort of), The Bomb is one of the most terrifying films you will ever see. The film offers terrifyingly close-up looks at the most destructive technology humankind has ever created. It’s a chilling reminder of the devastating power of the weapons  through the lens of an experimental film-watching experience.

No, a New Archeological Study Does Not Prove the Bible Is Wrong