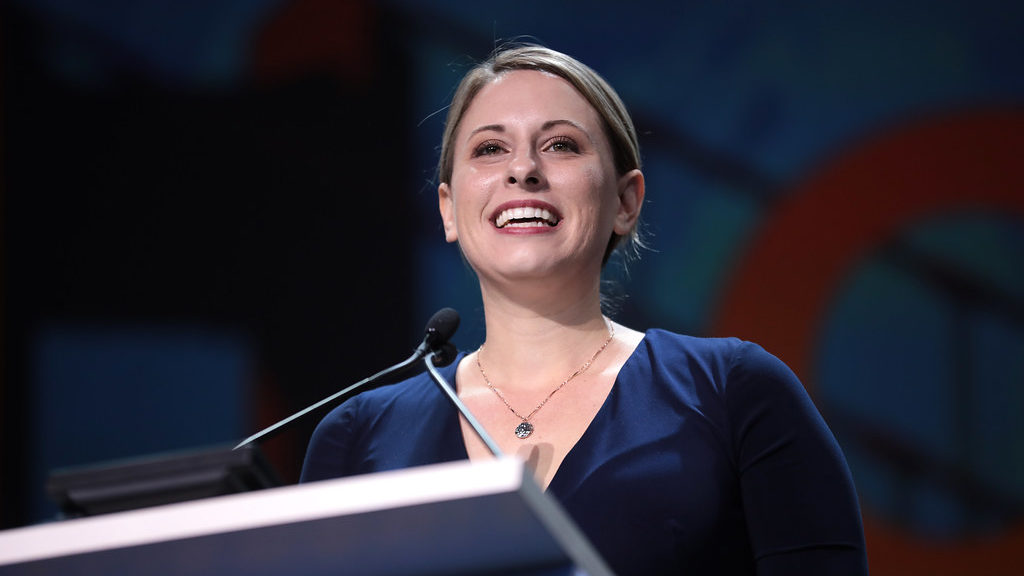 Over the week, the strange, ugly saga of former freshman Rep. Katie Hill has played out in loathsomely public fashion, illustrating the sad ways our digital lives, professional lives and moral lives are interacting in complex, constantly evolving ways.

It started early in October, when conservative blog RedState published accusations from the estranged husband of California freshman lawmaker Katie Hill, claiming she had had a relationship with legislative director Graham Kelly, which would violate House ethics rules. Hill denied that claim.

This photo increased pressure on Hill, who announced her resignation so that “the good people who supported me will no longer be subjected to the pain inflicted by my abusive husband and the brutality of hateful political operatives who seem to happily provide a platform to a monster who is driving a smear campaign built around cyber exploitation.”

As Lawfare’s managing editor Quinta Jurecic wrote, this may well be “the first instance in which a politically aligned publication — or, indeed, any publication — has released nonconsensual pornography depicting a politician of the opposing party affiliation.”

That “is an ugly line to have crossed”, she wrote.

The line is all the stranger because RedState is under the umbrella of Townhall Media, which is an affiliate of the Salem Media Group. According to its website, Salem is “America’s leading radio broadcaster, Internet content provider, and magazine and book publisher targeting audiences interested in Christian and family-themed content and conservative values.”

Salem is the group behind sites like GodTube, Crosswalk, CCM Magazine and Jesus.org. They also own a number of conservative political sites like Townhall and Hot Air, in addition to RedState.

The salacious nature of Hill’s scandal necessitates delicacy around any conversation about it, but whether or not Hill actually broke any House ethics rules, California voters should expect better from their officials than a relationship with a staffer. Americans have a right to know things like this about their elected officials, and reporting on them is the business of journalists.

But publishing nonconsensual intimate photographs is another matter. In a later post, RedState’s Kira Davis defended the decision, assuring readers that there “were multiple discussions all throughout [the reporter’s] weeks-long investigation that went all the way up the chain” and in the end, senior leadership determined that “it was important that there was solid evidence” for the story.

“Don’t take nudes on your phone,” Davis advised. “It isn’t fair that we live in a world where the technology that helps us the most can also hurt us the most even when we’re just enjoying it privately. But that’s the world we live in.” The fact that RedState is taking an active part in creating this world does not factor into this argument.

Could the same story have run without the photos? Certainly. Would it have generated the same level of attention, including Hill’s resignation? That’s hard to know, but getting clicks isn’t the same thing as being the right thing to do. Perhaps RedState feels their reasons for choosing to publish the photos were justified, but the Pandora’s Box they’ve opened seems unlikely to go away anytime soon. And as our personal, professional, digital and moral lives grow ever more enmeshed, that is a complication that we will find ourselves facing a lot more of in the near future.

The New Trailer for ‘Waves’ Promises Something Rare and Beautiful