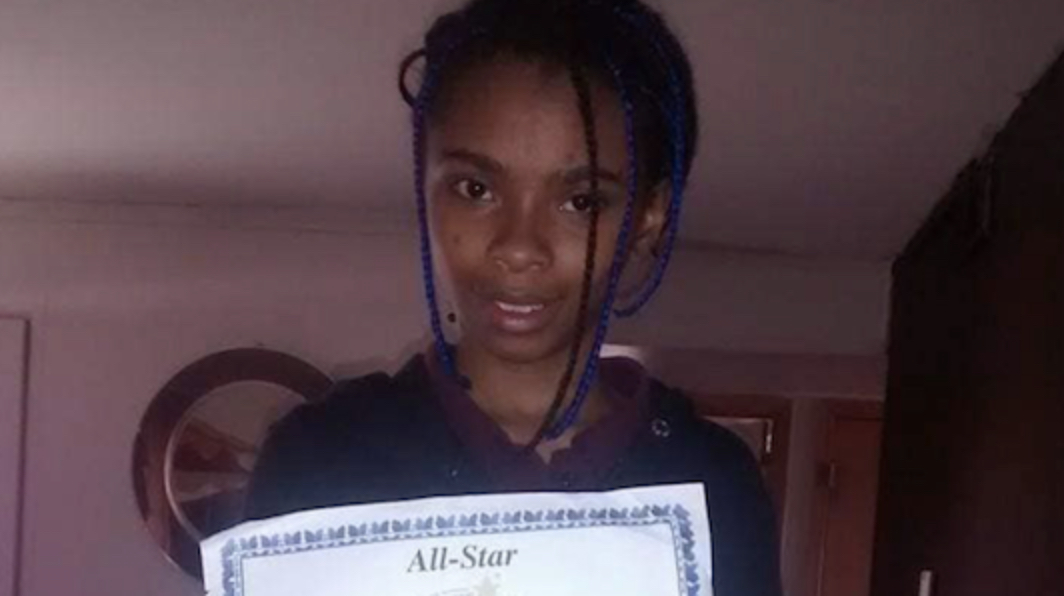 Chrystul Kizer was 16 years old when she met Randy Volar, a 33-year-old Milwaukee resident. Kizer was one of about a dozen underage black girls Volar groomed for an abusive sexual relationship in which he would give them drugs and alcohol, have sex with them, sell explicit photos and videos of them on the Dark Web and sell them off to other older men for sex.

Then, in 2018, Kizer shot Volar, set his house on fire and fled the scene in his car. She was arrested a few days later, and then months later confessed to the crime, saying she’d shot Volar in self-defense after he tried to force himself on her. In many states, including Wisconsin, sex trafficking victims are permitted what’s called an “affirmative defense,” meaning they can be acquitted of certain charges if they can prove they committed the crime because they were being trafficked.

But prosecutors say the “affirmative defense” rule doesn’t apply to Kizer because they say Kizer’s texts show the murder was premeditated. That crime would carry a life sentence in Wisconsin.

The case is compounded by the fact that Volar was known to local authorities before he’d been killed. He’d been arrested by police who also confiscated laptops and hard drives from his home containing “hundreds” of child pornography videos. Police even had the account of a 15-year-old girl who said Volar had given her drugs and abused her. She said she’d seen videos of him abusing other young girls.

But for reasons police refuse to explain to the Washington Post, Volar was released without bail the same day he was arrested. He was never summoned back to court. Twelve days later, he was dead. The same day Volar died, TCF Bank called the police to alert them of a bank account they suspected of being used for human trafficking. The account belonged to Volar.

This story comes as the U.S. reckons with the reality of human trafficking in this country. Old ideas—young girls smuggled across the border in tiny cells, shackled to steel pipes in dirty rooms—are being recognized as far rarer than imagined. Instead, many young victims are groomed and manipulated by men they trust, pulled deeper and deeper into a crime they don’t always understand until it’s too late.

Such was the case of Cyntoia Brown, whose story—eerily similar to Kizer’s—became the subject of a large and successful activism campaign earlier this year. She was 16 years old when she shot and killed a 43-year-old man who’d picked her up and then was sentenced to life in prison for his murder. But Brown’s case gained traction as #FreeCyntoiaBrown was shared by people like Kim Kardashian and Rihanna until even Preston Shipp, the lawyer who’d argued she should be jailed for life, was moved to change his mind and argued for clemency at her hearing. She was released last summer and wrote a book called Free Cyntoia.

But in December, the judge in Kizer’s case sided with the prosecution, saying the “affirmative defense” did not apply to her case. Kizer plans to appeal the ruling, but her case still stands as a reminder of the exceeding complexity of child sex abuse and trafficking, and the ways our laws have and have not evolved with the crime to provide justice to those in need of it.

You can read Kizer’s whole story over at the Washington Post. A Change.org petition to get the charges against her dropped has over 5,700 signatures as of this writing.

Netflix Wants to Know, ‘If the Messiah Showed Up Today, What Would You Do?’