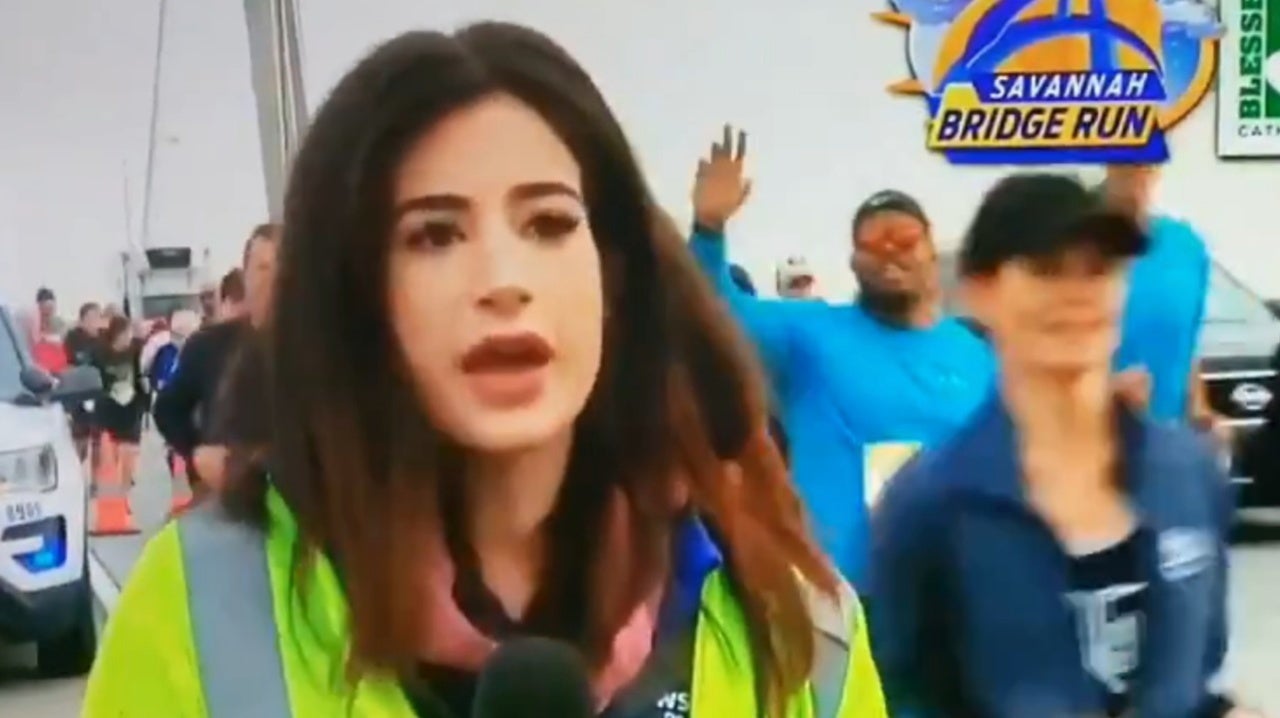 An alleged youth group leader in Savannah, Georgia is facing widespread outrage after smacking WSAV-TV anchor Alex Bozarjian’s backside as he ran by while she reported on a local marathon. The reporter says the man, identified as Tommy Callaway, “hurt me, both physically and emotionally.”

Bozarijian was covering the race live from the sidelines and is visibly stunned when Callaway runs by, smacking her as he does. Heavy reports that Callaway is a leader at the youth group at Pittman Park UMC and a Boy Scout leader, according to social media accounts that were quickly deleted after the clip went viral. He has been banned from racing in the future.

Bozarijian took to Twitter to say “To the man who smacked my butt on live TV this morning: You violated, objectified, and embarrassed me. No woman should EVER have to put up with this at work or anywhere!! Do better.”

Bozarjian appeared on CBS This Morning to share her feelings, saying that “he took my power. I’m trying to take that back.” Callaway’s attorney said he was “a loving husband and father who is very active in his community” who “did not act with any criminal intentions.” Bozarjian says the intent doesn’t matter. “I’m not going to really debate that, she said. “Because he hurt me.”

The clip has been watched hundreds of thousands of times, and clearly struck a chord with women who’ve endured similar encounters. “I would say the reason why maybe it caught so much fire is because the emotion is extremely relatable for women all over the world,” she said.