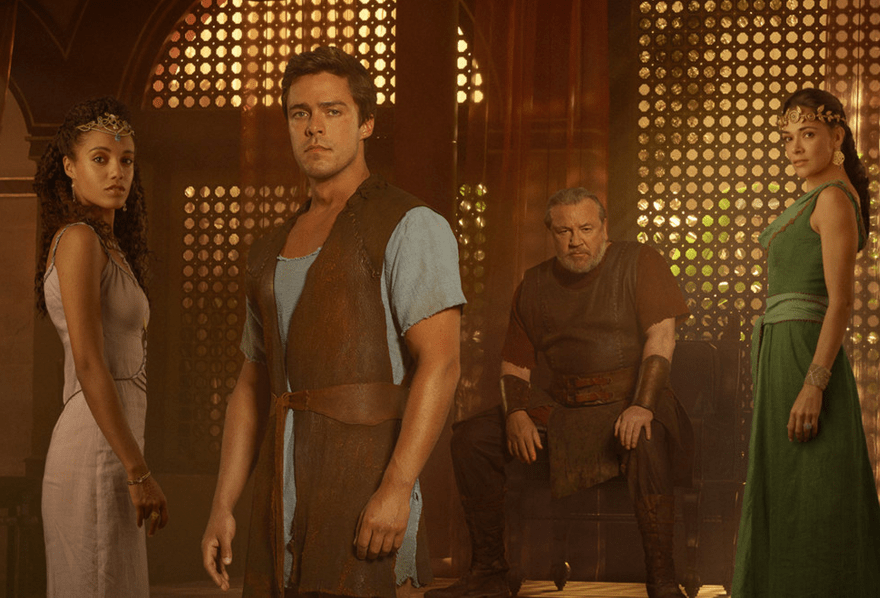 If you’ve ever read the Old Testament’s story of David, than you probably know that it contains some parts that are not exactly family-friendly. Now that ABC is adapting the story—described as “an epic Biblical saga of faith, ambition and betrayal as told through the eyes of a battle-weary king, a powerful and resentful prophet and a resourceful young shepherd”—it’s run into a bit of a challenge. But, according to Variety, some of the edgier material in Of Kings and Prophets might appear in special online edits. One of the show’s creators, Adam Cooper, explained to Variety:

For instance, how much skin or sexuality we can show? I think we can show it in its pure form, but I think we’re really talking about subtle distinctions between online and broadcast. It’s not like in the online version we’re going to be showing scenes with people’s heads being hacked off. In the broadcast version, we kind of have to cut around it and do it in pieces, but in the online version, I think we can show it as we originally intended. Certainly not added scenes, just different edits.

Obviously, explicit sex scenes will likely not sit well with many Christian audiences, but for now, the decision to do racier online versions of the show isn’t official. Cooper said, “It’s being discussed. It’s not definite.” The series debuts in March.

‘The Revenant’ Wins Big at the Golden Globes

Sexual Shame Doesn’t Have to Ruin Your Marriage