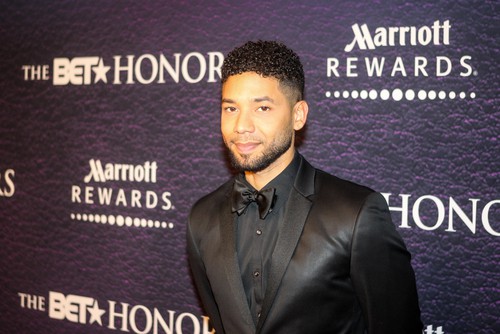 The ongoing saga of Jussie Smollett continues apace with yet another twist in the story that began one late, bitterly cold night in February. The Empire actor’s lawyers announced today the Chicago Police Department would be dropping all criminal charges against Smollett and expunging his record. The records have been sealed.

Smollett was accused of staging a fake hate crime against himself, as the two men who he’d said attacked him while yelling racist and homophobic slurs were allegedly being paid by him as part of a stunt to drum up publicity. Two brothers named Ola and Abel Osundairo were released by Chicago Police without charges after saying Smollett had paid them $3,500, so Smollett became a person of interest in his own case and was eventually charged. He pleaded not guilty to those charges and, on Tuesday, got his wish.

“After reviewing all of the facts and circumstances of the case, including Mr. Smollet’s volunteer service in the community and agreement to forfeit his bond to the City of Chicago, we believe this outcome is a just disposition and appropriate resolution to this case,” a spokesman for Cook County State’s Attorney Kimberly Fox said Tuesday, according to NBC.

The move was a total surprise according to pretty much everyone involved.

“Today, all criminal charges against Jussie Smollett were dropped and his record has been wiped clean of the filing of this tragic complaint against him,” Smollett’s legal team said in a statement. “Jussie was attacked by two people he was unable to identify on January 29th.”