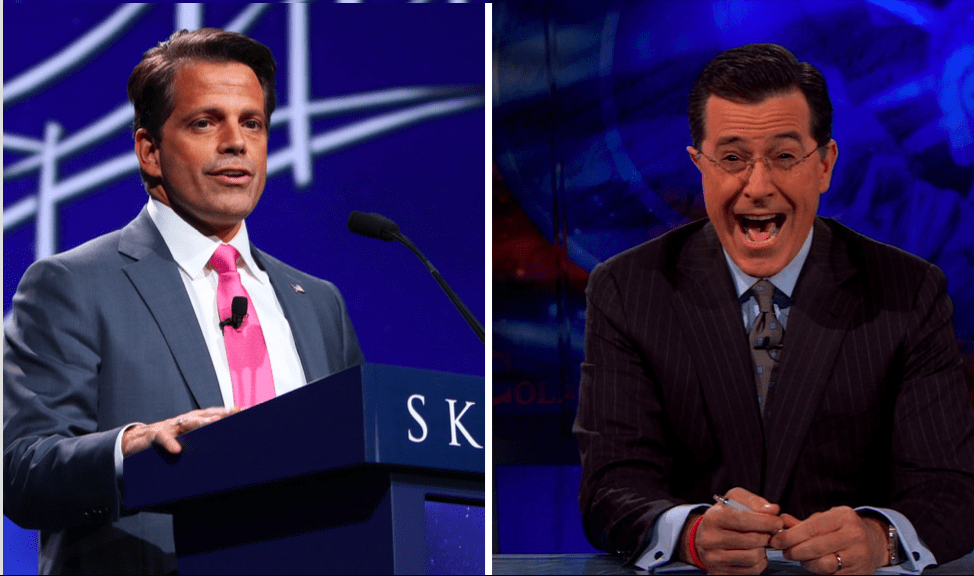 Anthony Scaramucci, the bombastic, sailor-mouthed Goldman Sachs banker-turned White House Comms Director-turned, well, former White House Comms Director is going to swing by The Late Show with Stephen Colbert in what promises to be must-see television. He’ll be appearing next Monday, Aug. 14, along with Bob Odenkirk and the famously profanity-inclined Liam Gallagher, so CBS censors are going to want to make sure they start the day well-rested.

Scaramucci’s news cycle was one of the wildest in recent memory. While he spent much of 2016 harshly criticizing the Trump campaign, he had some sort of change of heart and ended up being picked as the new White House Communications Director, reportedly raising the ire of Reince Preibus (remember him?) and Sean Spicer (remember him?) and leading to their respective ousters. In a matter of hours, Scaramucci made a name for himself as being on the warpath for White House leakers, going so far as to call New Yorker reporter Ryan Lizza and demand his sources, leading to one of the most gonzo political interviews in recent memory, with Scaramucci threatening all matters of violence upon journalists and colleagues alike while cursing a blue streak that would make a Martin Scorsese movie head toward its fainting couch. The “Mooch” — as he is apparently called — was fired shortly thereafter, capping off a career in politics shorter than some football games.

So what will Colbert and The Mooch discuss? There’s plenty there. Scaramucci has said he did not know he was being recorded when he reached out to Lizza (a moot point, since phone calls in D.C. can be recorded without the other party’s consent), but Lizza maintains that Scaramucci asked for a few points of their conversation to be “off the record,” implying he knew he was being recorded. Regardless, Colbert’s one of the nimblest conversationalists of this generation, so it’ll be something to see.

Officer Will Not Face Charges In Shooting Death of Unarmed Motorist