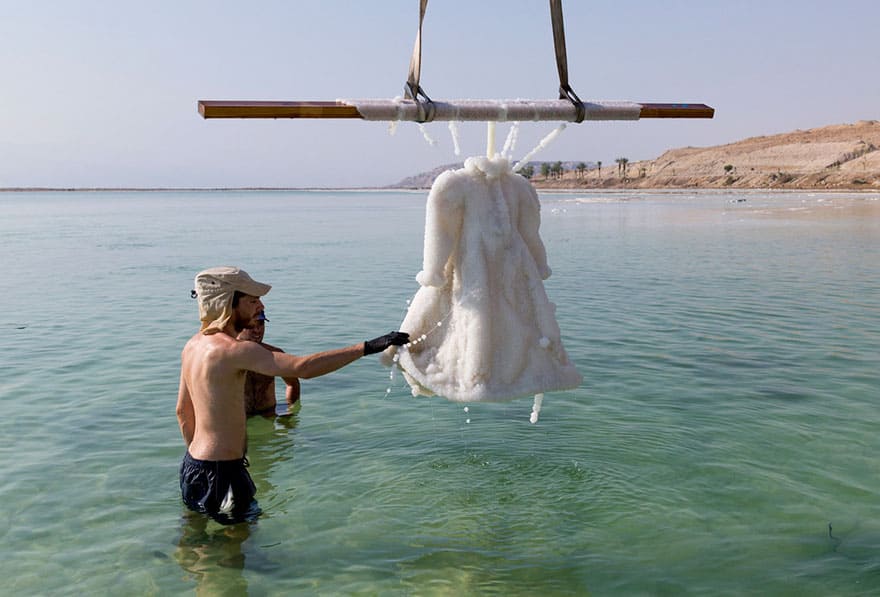 If you’ve ever wondered what would happen if you left a dress in the Dead Sea, wonder no more.

Israeli artist Sigalit Landau decided to submerge a black dress into the Dead Sea for a project called Salt Bride.

The dress spent two months in the water during 2014 and crystallized into a beautiful white gown.

The project was inspired by a 1916 play called Dybbuk about a young Jewish woman who becomes possessed with the spirit of her dead lover. The dress Landau submerged is a replica of the dress from the play.

The photos of the project are on display at London’s Marlborough Contemporary museum until September 3.