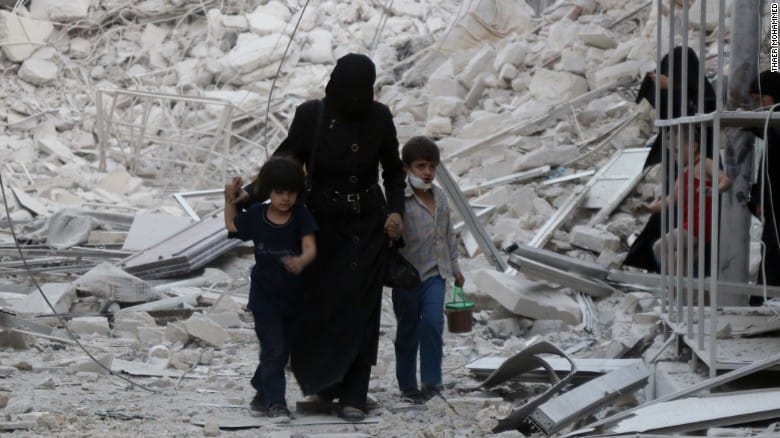 Just as leaders of Russia, the United States, Turkey, Saudi Arabia and Qatar prepared to meet to discuss ways to end the war in Syria, Syrian President Bashar al-Assad was quoted saying that his forced will continue “to clean” Aleppo, invoking genocidal language.

Just in the past weeks, hundreds of people have died in airstrikes and offensives that have leaders prepared to accuse Assad’s government of war crimes.

Thursday, in an interview held in English with a Russian newspaper reporter, Assad said:

You have to clean. You have to keep cleaning this area and to push the terrorists to Turkey … to go back to where they come from, or to kill them. … [Aleppo is] going to be the springboard, as a big city, to move to other areas, to liberate other areas from the terrorists. This is the importance of Aleppo now.

Following the broken ceasefire earlier this month, at least 160 people died in Eastern Aleppo including schoolchildren and a pair of newborn babies.

Shortly after Assad’s interview, a hospital was bombed for the second time in two weeks. Two doctors and a pharmacist were reported wounded. Another aspect in this humanitarian crisis the shortage of medical personnel, with The Guardian reporting only 35 doctors left to serve more than 250,000 people.

How to Love Your Friends When They Start Having Kids