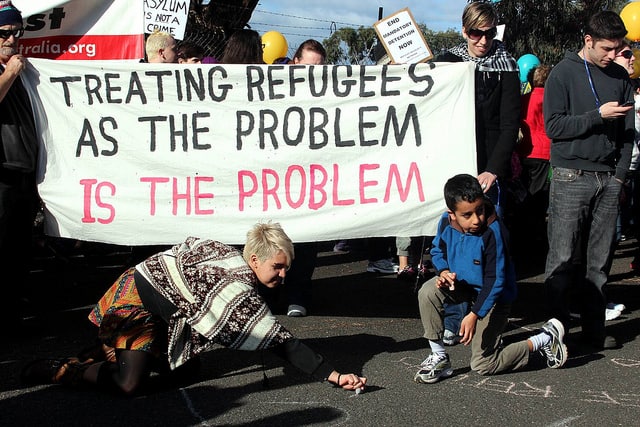 Turnbull spoke to Bloomberg reporters and said, “This will send the strongest possible signal to the people smugglers. They must know that the door to Australia is closed to those who seek to come here by boat with a people smuggler. It is closed.”

The law would apply to people seeking asylum on Nauru and on Papua New Guinea’s Manus Island, as well. In 2013, Australia tightened its laws around refugees, after several people drowned while coming over from Indonesia on flimsy boats.

Human Rights Organizations have condemned Australia for the mismanagement of refugee detention centers in both Nauru and Manus Island.

Brendan O’Connor of the Australian Labor Party felt that the government’s focus should be on refining the systems in place at the detention centers so there could be “confidence in the system.”

Meanwhile, Deputy Opposition Leader Tanya Plibersek told reporters, “It is extraordinary that, three years on, the government has not found third countries to resettle those people who are in limbo on Manus Island and Nauru.”

Whether the bill will gain traction and be passed is still to be seen.