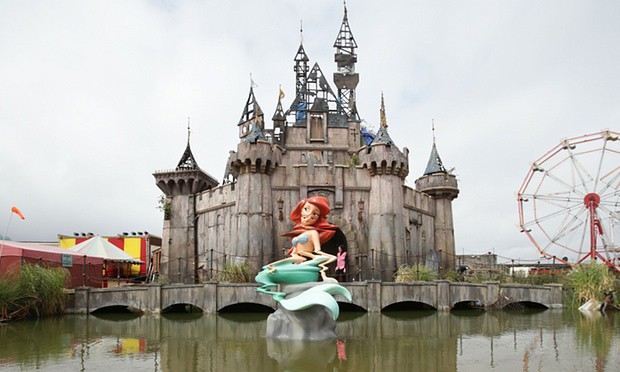 Anonymous British street artist Banksy has revealed his latest display in the form of a “bemusement park.” The park features a run-down Cinderella’s castle, a police tank outfitted with a slide, a handful of very miserable-looking workers along with unique takes on traditional attractions such as “crazy gulf,” an “oil caliphate-themed golf course.” In usual Banksy fashion, the park was constructed in secret. The residents of the English town where it sits were told a film was being shot at the construction site. It’s set to open to the public tomorrow, and tickets are already in high demand, though potential attendees are finding the website rather hard to figure out (which some figure may just be another intentionally dismal part of the whole experience).

Stop Trying to ‘Fix’ Your Friends