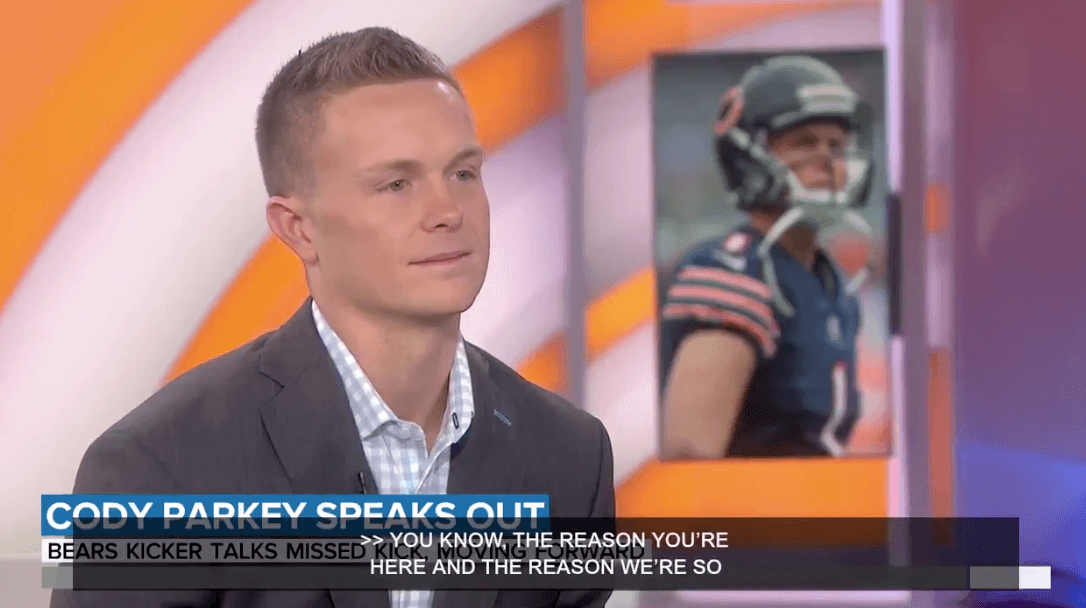 Chicago Bears kicker Cody Parkey entered the NFL history books for all the wrong reasons this season, when he missed a game-winning field goal that would have sent his Chicago Bears to the divisional round of the NFL playoffs.

After the missed kick, which was tipped by an opposing player, Parkey was seen praying with his teammates and giving thanks to God. On The Today Show last week, Parkey explained: “Something I’ve always tried to do through good or bad is to give praise to the higher power, our Lord and Savior Jesus Christ. Football is what I do, not who I am.”

Good lesson here for everyone.

After the worst play of his professional career, Bears kicker, Cody Parkey, points up to the sky and still thanks God.

We cant just be thankful and give honor when times are great!

My hesrt goes out to him, but the kid will be just fine! pic.twitter.com/5fVM1iprub

“As a kicker, you live for those moments – I had a lot of confidence going into that kick…I’m disappointed.” @ChicagoBears kicker @CParkey36 on last Sunday night’s field goal that would’ve sent his team to the next playoff round pic.twitter.com/SEV87eKgs7

The 26-year-old said saying a prayer after each game with his teammates was one of his favorite parts of professional football.

“After the game, one of the coolest things is the prayer we do,” he said on The Today Show. “You get done battling the other team for 60 minutes, and we all join in prayer. We’re praying for safety and health and that the team gets home safely. It’s really encouraging and something I look forward to.”

Finally, We Know When ‘Game of Thrones’ Will Begin Its Final Season