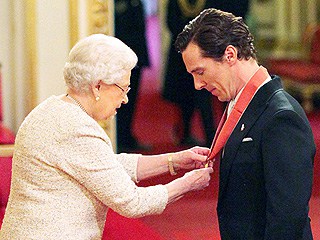 Today, the Queen of England awarded Benedict Cumberbatch—the actor behind the breakout TV show Sherlock and Marvel’s upcoming Doctor Strange movie—the title of Commander of the Most Excellent Order of the British Empire in a ceremony at Buckingham Palace. Seriously, that could be the most British thing possible. Cumberbatch received the honor for his “services to performing arts and charity.” Of course, the title is entirely honorary, but he can add “C.B.E.” after his name now—and when your name is Benedict Timothy Carlton Cumberbatch, that’s some British stuff.