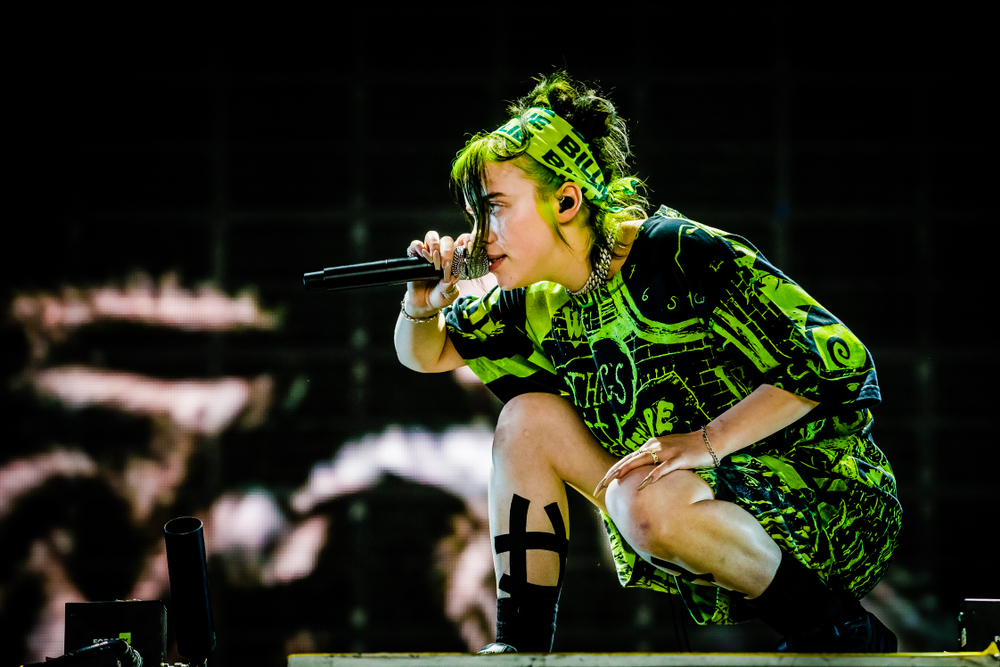 The Billie Eilish story remains the best shows in town, as the 18-year-old wunderkind’s tossed-off collection of kooky bedroom pop is now one of the most awarded albums in Grammy history. Eilish and her brother Finneas left Sunday night’s Grammy Award Ceremony with awards for Song of the Year, Record of the Year, Album of the Year and Best New Artist. They call that a sweep in the business, and she’s only the second person in Grammy history to pull it off, the first being Christopher Cross in 1981.

It was quite an achievement, especially considering her competition, which ranged from promising newcomers like Lizzo and Lil Nas X to comparatively seasoned pros like Ariana Grande and Lana Del Rey. In fact, Eilish used her acceptance speech to say she felt like Grande was the more deserving artist. From the audience, Grande blew her a kiss and appeared to shout “it’s your moment!”

It was a feel-good moment for a ceremony clouded in controversy in sadness. Numerous tributes were paid to Kobe Bryant, who died in a helicopter crash along with his 13-year-old daughter Gigi and seven other passengers. John Legend, Kirk Franklin and DJ Khaled added Bryant to a planned tribute to West Coast hip-hop icon Nipsey Hussle, who passed away last year.

And then there was the behind-the-scenes drama of the Grammy Association itself. Ten days ago, the president and CEO of the Recording Academy, Deborah Dugan was suspended six months after she started under allegations that she’d bullied her staff. Dugan denied those allegations, saying the organization was attempting to silence a dizzying array of bombshell allegations she detailed in a memo and then expanded on in an Equal Employment Opportunity Commission discrimination complaint.

Among other allegations, Dugan accuses her predecessor Neil Portnow of raping a female artist, that she was pressured to hire Portnow as a consultant to the tune of $750,000, that she was sexually harassed last year, along with accusations of a rigged voting process and pay-to-play politicking behind closed doors.

Portnow has denied the accusations.

So it’s fair to say these Grammy Awards took place under a cloud, and it’s one host Alicia Keys gamely attempted to navigate — acknowledging that “it’s been a h— of a week!” while also keeping the show moving along, introducing an Usher-led Prince tribute, a moving ode to substance abuse from Demi Lovato and a not-terribly well-advised reunion between an aging Aerosmith and a more capable Run DMC.

But Eilish was the name on everyone’s lips when the credits ran, and her dumbfounded awe will probably fuel her to even higher heights. “I feel like I joke around a lot, and I never take anything seriously at these kinds of things,” she said at her first of several acceptance speeches. “But I genuinely want to say I’m so grateful. And I only want to say that I’m grateful, and I’m so honored to be here amongst all of you.”