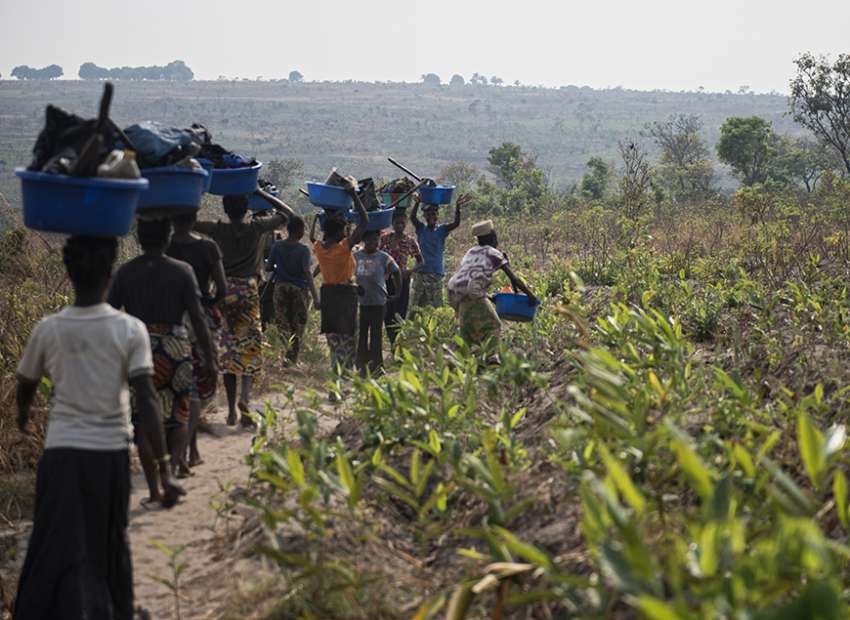 A bitter disease is affecting a community in the Democratic Republic of the Congo.

Kahemba is a territory of the Democratic Republic of the Congo located in Kwango Province. Women from Kahemba go to work in cassava fields, a stable crop for the region, each morning. Cassava yields well in poor soils, is drought-resistant and the roots give food security during droughts and famine making it an ideal crop for poorer areas in the world. The sweet, starchy carbohydrate is the third largest source of carbohydrates in the tropics after rice and maize.

But there’s a terrible danger to it.

Excessive consumption of under-processed cassava can cause Konzo, a paralytic disease. Cassava naturally carries cyanogenic glucoside properties to it and processing it properly removes these. When this process is shotrened, it exposes whoever consumes the veggie to cyanide. Researchers have determined that Konzo is a motor neuron disease caused by the toxic effects of cassava consumption.

Global Health Now reports, “Konzo researchers recommend a simple solution that relies only on water. When cassava’s roots are soaked for several days, the toxic compounds break down. However, people who cannot make it to the river, or who have so little to eat that they cannot afford to let the roots sit, abbreviate this step to their own detriment.”

Research of the disease is not well-documented but it is characterized by abnormal walking, stiffness of the legs and paralysis one’s motor abilities. Global Health Now recently captured photographs of a community in Kahemba under the ill effects of this disease. Be warned the images may be upsetting.

Lil Wayne Almost Became a Christian Rapper: ‘I Would Have Straight Killers in Church Every Sunday’

More Men Must Speak Up Against Sexual Assault Against Women