Bob Goff doesn’t necessarily seem like someone who’d thrive in quarantine. The notoriously outgoing author, speaker and founder of Love Does always seems to be out, on the go, flying around the world — unstoppably and improbably offering his brand of whimsical, actionable love to people who need it. 2012’s Love Does taught about a different kind of love that thrived on unexpected creativity and stubborn optimism. It’s the sort of thing that doesn’t seem like it’d play indoors.

But once again, Goff surprises. The extra hurdles of being on lockdown are the sorts of challenges he’s spent his whole life overcoming. So when RELEVANT called, he was only too happy to share a few things he’s picked on while social distancing — maybe the most surprising of which is how little social isolation has changed him at all.

How has quarantine been for you?

I’m not ricocheting off the walls. What I’ve done is try to keep up with all of the things, because I bet you and the people listening, we thought it would be this break, but actually, it took an already pretty busy life and then you ended up just saying, “What’s a whole new way of doing that?” And so, for some people, that’s just been a really good thing. For other people, it’s been very disturbing. It’s been unsettling. I think half the people listening are afraid they’ll lose their job, and the other half is afraid they’ll keep it.

Have you had any interesting revelations about yourself?

I think it may be the word that comes to my mind is: adaptable.

We have this camp that we purchased right before people could stop meeting together. We put some seeds in the ground, just in case the Whole Food supply stopped and then it rained. And the craziest thing: we came back the next week, there were pollywogs in there. I planted asparagus seeds, I got pollywogs. Next time, I’m just going to plant jelly beans and see if I get cake pops. I’m just so fascinated by these pollywogs when I’m out there, I’m trying to see how far along are they in their journey to becoming a frog.

And I think the same is true for me. I’ve been measuring over these last six or seven weeks: how’s my journey? I’d already grown legs, but what I want to do is be a new creation. I want to be a better, different, more up to date version of Bob — aware of why I’m doing what I’m doing, knowing what I want, figuring out why I want it and then, I think most importantly, deciding what I’m going to do about it. I think that would be a great thing for people listening to ask, “what do you want, why do you want it, what are you going to do about it?” Those would be three great questions they answer.

It seems like, for some people, there’s an opportunity here to springboard into some longterm changes for their lives.

It’s just great to use this time to tend to your own fire rather than tending to everybody else’s fire.

What can happen in a normal season is that we’re spending a lot of time looking outward. We’ll have words of correction or words of encouragement for other people. But I feel like I’m no longer the umpire calling balls and strikes. I want to be the base coach, saying, “Just run, run your game, do that.”

It’s not that I don’t care about what’s going on with other people’s lives. I just want to feel like I can bring my best, most humble version of me to the game. And if I could just be adjacent, watching you as you’re learning and growing and evolving, just delighting there. I’m not holding up a scorecard like it’s the Olympics. I don’t expect you to do a triple flip, spike it and throw your hands over your heads.

I just think we need realize that we’re all in tremendous need of grace and love and acceptance. We’re all insecure and we deal with our insecurities in different ways. Some people are mean like a rattlesnake, and some are quiet as a church mouse.

So, I would just say that would be a great time of reflection. Ask yourself: “How do I deal with my insecurity?” Some deal with it by focusing the attention on somebody else. I want to say, “Return to your own fire. Go fan the coals there.”

What would that look like? Returning to your own fire?

Well, for example: I always wanted an old Jeep Willys, 1962. I had it all figured. And there was one that came up for sale, it was just thrashed. So I bought this thing and it climbs like a billy goat, just goes right up the mountains. Here’s the problem: it doesn’t have any brakes. So, for a seven on the Enneagram, this is happiness. Like, “Let’s do that ride again.”

But I think what happens is, if you’re all gas and no brakes you end up having some problems. I would say during this time, pump the brakes again, return to some of your ambitions to say, “What was one of the things I always wanted to do?” I would just use this time to just be curious about something. You might use that as a stepping off point to say, “I’ve been curious about what it would be like to help somebody.” You don’t have to go to the ends of the earth. Go to the end of your street. And say, “I’m just curious about meeting my neighbors. I’ll wave from a distance. I’m going to drop off a pie.” That’ll cost you seven bucks. But just be curious about what would happen during this time. If we get our curiosity back, then we’re on the right trajectory to really make some big steps forward for ourselves.

What are some of the things you’re working on right now?

One thing that I’m trying to work on is to find better, more accurate, more beautiful words. What I want to do is find better words to describe things. You could put aside some of the words that have been retread, that don’t mean anything to you anymore, that they’re part of the slang, and say, “What’s a more accurate, up to date version for that?” Remember our words have a lot of power, to shape our ambitions.

I would also be super mindful of the words you say that could be hurtful. You know in a cartoon, you have a thought bubble over somebody? They got some words in there? My thought bubble is always full of things but I very rarely say the things that are in the thought bubble. And when a word or two leaks out that you wish hadn’t, just give a little grace to say, “Oh, that was probably just insecurity speaking. It got the best of him or her. It gets the better of me all the time.”

So, finally, what I would say to people is, “Can we use this time to go after one of these big ambitions that’s been latent for awhile?” Maybe when the sock drawer got thrown on the floor, you found that “Wow, there’s this pair of argyles that I’d always had my eye on it but I never really got around to wearing them, for several really good reasons. But I’m going to find a fit between that and something adjacent to that, and I’m going to launch and do something new.”

Bob Goff’s next book Dream Big releases on June 23. You can pre-order it right now. 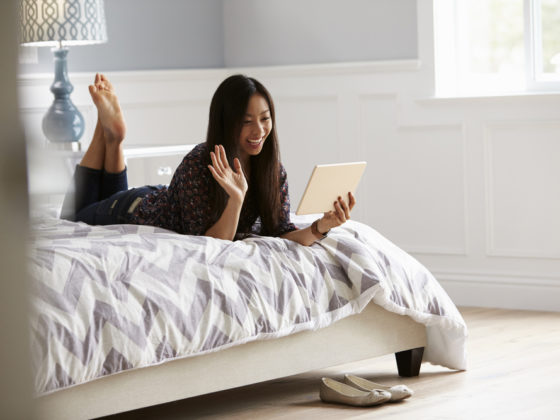 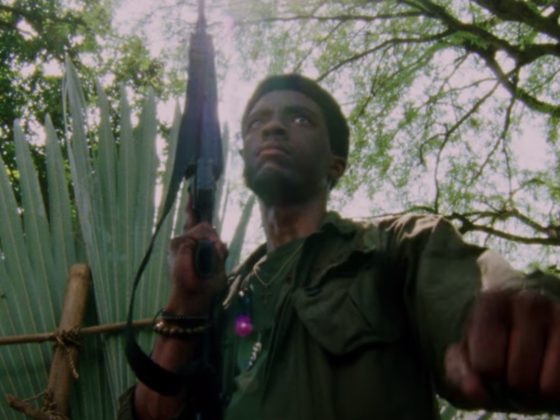