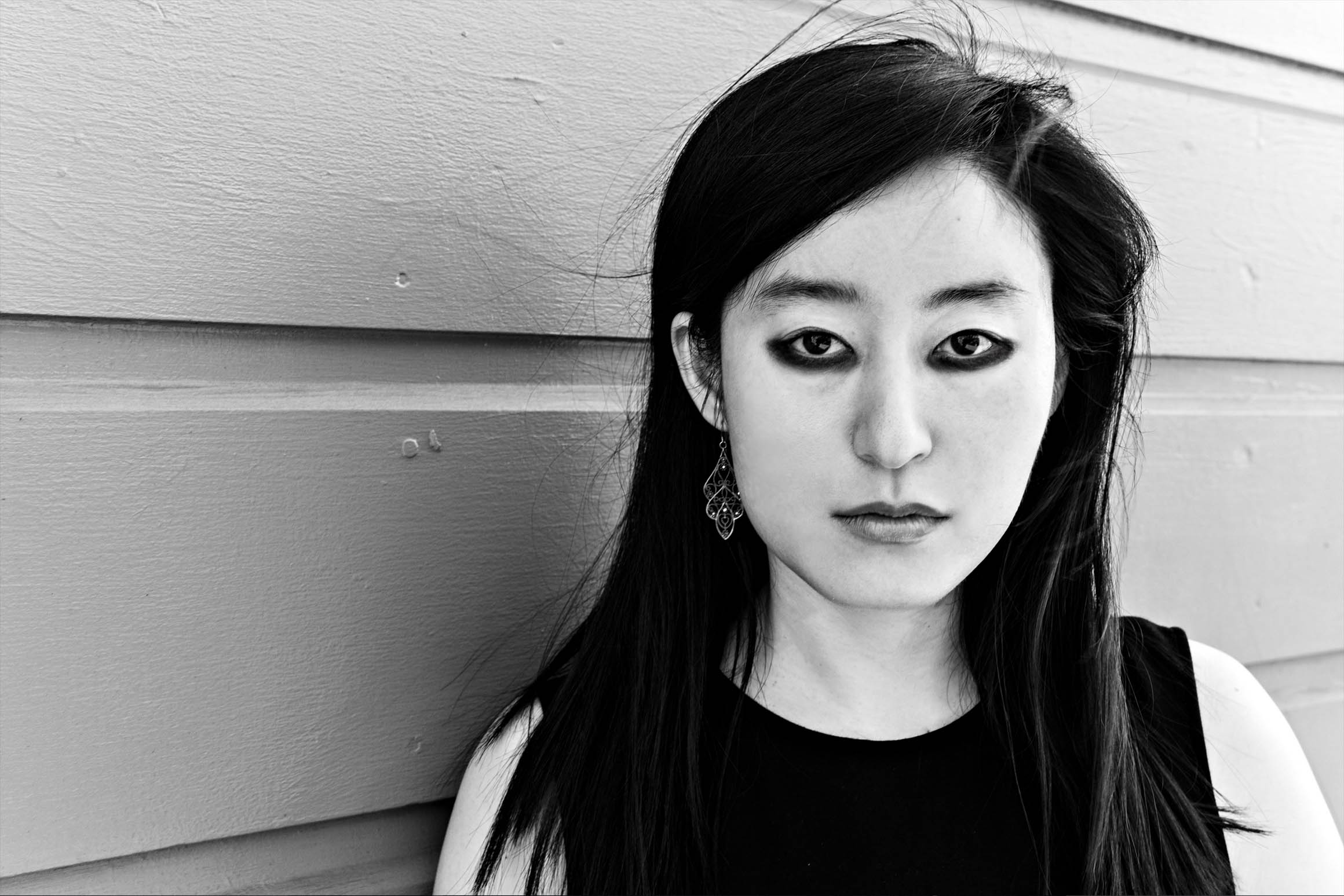 Not many first-time authors can also call themselves bestselling authors, but most writers are not R.O Kwon. In 2018, her engrossing debut novel The Incendiaries captured the public’s imagination and was released to rave reviews. It was named one of the year’s best books by over 40 different publications.

The Incendiaries follows the journey of a young man named Will, who drops out of a Christian college following a crisis of faith and then becomes drawn to a woman even as she is becoming involved in an extremist cult. The story was inspired by Kwon’s own journey away from faith and explores the tensions between belief in God and radicalization.

In an interview with RELEVANT, Kwon opened up about her departure from Christianity, how writing a novel did and did not help her grieve the process and why she still feels like she loves God, even if she doesn’t believe.

I know it was a 10-year process writing The Incendiaries. Could you tell me a little bit about where the book started, what it actually became and how different those two things were?

Like Will, I grew up so Christian that my life plan was to become a pastor or a missionary. In some way, I meant to devote my life to God.  Then I lost my faith when I was 17.

The loss was so painful, it was catastrophic. I couldn’t really, at the time at least, find my experience reflected in books. That was a different kind of loneliness for me. All my friends and family were religious, so that was lonely, and then there was this extra layer. As a child, I always used to be able to see my experience in books even when I couldn’t find it in the world around me. This time, I couldn’t.

So I think I wanted to write a book for that 17-year-old to just let her know she’s never alone. One of the great pleasures about having this book out has been the chance to talk to so many people who have complicated relationships with faith or who have left their faith. I really feel as though I’ve found a community. That’s been really wonderful.

I went to a Christian college myself, and I’ve seen the way religious faith and social radicalization can blend together to the point where it’s hard to tell where one ends and the other begins. Your book explores that tension in a way that rings very true.

I want to be careful about how I say this: When I was a Christian, the Jesus Christ I thought I knew and believed I loved was not moderate, and he was not looking for moderates to follow him, right? In the Bible, Christ says if you want to follow me, abandon your family, abandon everything. I want everything from you.

I think, especially at that age, I was so susceptible to that message. I wanted to give God everything. I was like, I’m here for it. And I think that kind of gigantic demand can be very appealing to people, especially when people haven’t quite figured out who they are or if their notion of who they are is shifting or if they’ve been greatly hurt. I think those kinds of demands can be very appealing.

You started writing this book with a lot of themes and subjects in mind you have strong opinions about. Was it difficult for you to write just a natural story, and not let the issues take the forefront?

That wasn’t really a struggle. I knew I had interests but I wasn’t sure how they would play out in a novel. I feel like the opposite of a puppeteer. I feel very much as though I’m following the characters and trying to find out who they are. I’m almost digging my way toward them.

One thing that was incredibly important to me that I convey is how enormous of a loss it was for me to lose my faith. I think when I went off to college, all my new friends had either no experience with religion or they’d maybe gone to Easter a few times with a grandmother and worn a nice dress. So when I told them that until recently I’d been very religious and I thought I was going to be a pastor, they’d all just sort of look at me puzzled. They were like, “Well, it’s great you escaped. Now you can have fun, you can have sex.”

But I’m in a state of deep grieving. It was yet another layer of loneliness. I was so heartbroken and it wasn’t even visible. It wasn’t legible, even if I tried to explain it, it didn’t make sense to people. I wanted to write a book that could illuminate both how painful it was to lose that faith but also how wonderful it was to believe, which I think also isn’t clear to a lot of people who have no experience of that kind of all-encompassing faith.

Do you feel like you’ve reached any resolution with that grieving period? Did writing a book about it help?

I don’t know if it helped me resolve any of it. While I was writing this book I was reading the Bible over and over again, I was reading religious thinkers. I was listening to the Christian rock I was into when I was 15 years old.

Yeah! All of it! I was spending almost as much time with this idea in whom I don’t believe as I would have if I had, in fact, become a pastor. So in some ways, I wonder if something I’m coming to understand is that maybe writing this book and my writing, in general, continues to be an act of grieving. It’s my last way of being with God, whom I did love very deeply and who it’s entirely possible I still love, even if I don’t believe in him.

So you still miss that God?

Oh, I miss Him so much. I loved being a Christian. It was so fun.

I was so happy. I just walked around feeling like I was bathed in light and love. I was always just trying to love everyone around me because everyone was a child of God. I thought I would live forever. I thought everyone I knew and loved would live forever. I thought everything was going to work out for the good because there was an omnipotent, omniscient being who was watching over every single detail of my life. That’s a very different way to live than the way I live now.

It’s a running joke in my apartment — I mean it’s not really much of a joke, but we laugh at it – like, if my husband leaves for the day I’ll just like yell after him “have a nice day but don’t get hit by a car, don’t fall, don’t hit your head, don’t die on me” and he’s like “OK, OK.” But that idea that people are going to die on me is still relatively new to me. I didn’t think people would die until I was 17. So it’s still something I’m aghast at: our mortality.

Absolutely. I think that this is a part of grief a lot of people don’t talk about. Sometimes, love doesn’t end. One aspect of grief is the love for an object that has become, for whatever reason, unavailable. Maybe grief is just one last way of having someone with us even when they’re gone.

But it’s one thing to lose a person, who you know is still out there even if you’re not together anymore. It’s another thing to lose belief in a God who will make everything right.

Yes, although I was never into the idea of hell. The idea of hell was truly one of the factors that lead to my apostasy, I think. I was a big reader and so increasingly, as I got older, that just meant I was spending time in the heads of so many people who didn’t believe as I did and increasingly, it just became really difficult for me to believe that people who didn’t subscribe to my relatively narrow set of beliefs were all going to go to hell. That just did not feel logical or right. But everyone going to heaven? That sounded great. I was so excited about it.

Was your decision to not be Christian a moment or was it a journey?

It was more like a slow gradual terrifying accumulation that one day just broke open for me. Those parts in The Incendiaries that are some of the most emotionally autobiographical are when Will is losing his faith, just in terms of how it felt. It did really feel as if, and it’s a line I gave to Will, it felt like what people say about bankruptcy: it happens gradually and then all at once. That was it for me. It was happening gradually, gradually, gradually. And then one day it was just gone and there was nothing I could do to get it back.

The Incendiaries is available for purchase here.

Beth Moore: ‘There Is No Such Thing as a Godly Misogynist’

12 Books to Read to Complete Your Year-End Reading Goal

Bookstores Are Making a Comeback

California Children Can Now Get Free Books …From Dolly Parton