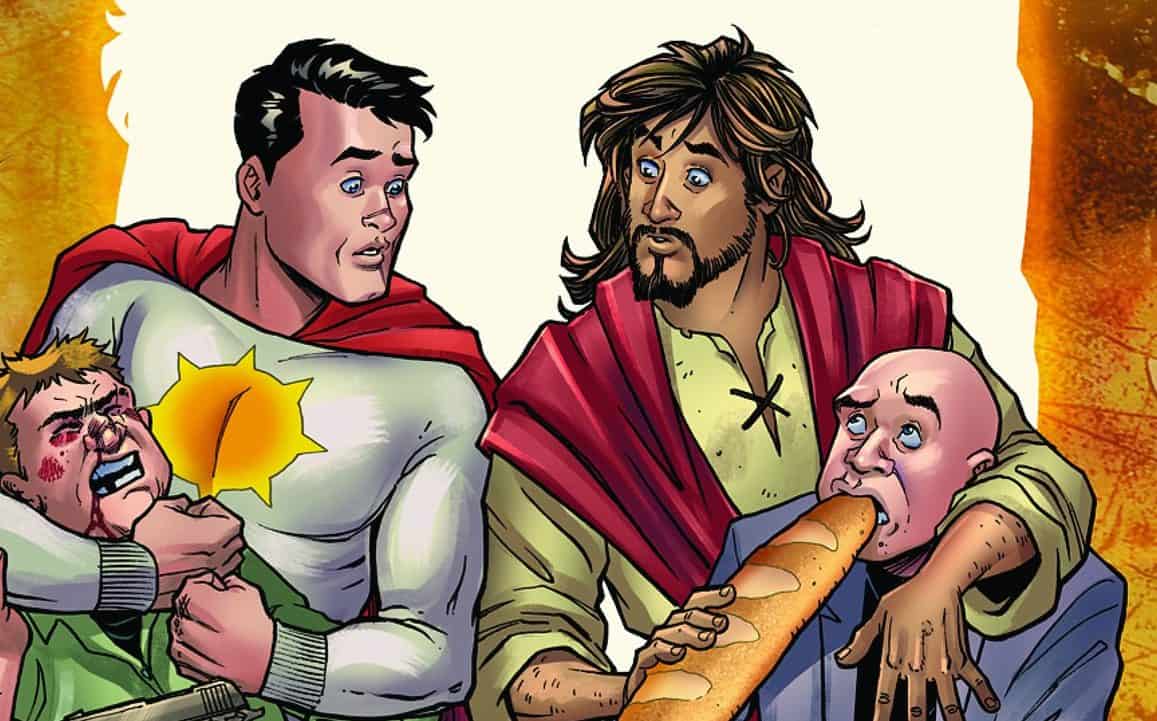 A few weeks ago, DC Comics announced that it would be publishing a miniseries by Richard Pace and Mark Russell in which Jesus comes back to earth, is distressed by just how far down the tubes things have gone over the last 2,000 and moves in with a Superman knockoff while he sorts things out.

The story was called Second Coming and looked like a potentially incisive commentary on both the state of the world and the state of Christianity (the creators described a scene in which Jesus doesn’t recognize a picture of Himself at a megachurch). But just a couple weeks after it was announced, DC pulled the plug on the series following a CitizenGo petition against the series that garnered 230,000 signatures.

The petition called the series, which had not yet been released, “blasphemous” and “outrageous.”

“Can you imagine the media and political uproar if DC Comics was altering and poking fun at the story of Muhammad… or Buddha?” asked the petition.

Well, yes. If a satirical comic book series about another religious figure was pre-emptively canceled over backlash, the likely story would have been one about “PC culture” run amock and how “SJWs” these days just don’t understand the First Amendment and the same old handwringing about snowflake millennials that has now become a tired cliche. It’s very easy to tell people offended by something that doesn’t offend you to just “change the channel” or “let the free market do its work.” But if you suddenly start fretting about being offended as soon as the shoe is on the other foot, don’t be surprised if you’re accused of hypocrisy.

For what it’s worth, Second Coming‘s creators aren’t blaming DC for what went down and say they hope to find another home for the book in the near future.

The big news on Second Coming is @manruss and I asked for our book back and @dccomics very generously is doing so. We’re looking forward to announcing the new home for Sun-Man, Jesus and their family soon.
.
.
.#secondcoming #jesus #vertigo #dccomics #comicartist #workincomics

Millennials Are Drafting Relationship Contracts Even Before Marriage