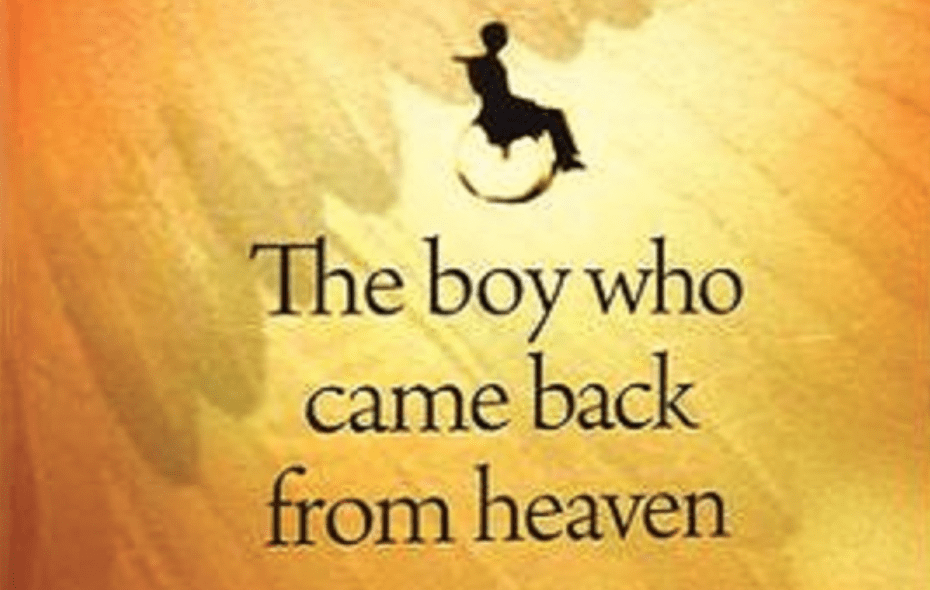 Slate journalist Ruth Graham has written a lengthy deep dive into the very sad aftermath of The Boy Who Came Back From Heaven, the 2010 evangelical memoir Alex Malarkey “co-wrote” with his father Kevin after a car accident put him in a coma when he was six years old.

When Alex woke up, he started telling his family about visions of seeing heaven, angels and even God, and those visions make up the bulk of the story. The book was a big success in the Christian market, selling over a million copies and kicking off a wave of “Heavenly tourism” books that did big business at the time.

But then in 2015, Alex Malarkey (yes, his real name) wrote an open letter saying he’d made it all up. “I did not die. I did not go to Heaven,” he wrote at the time for hyper-conservative provocateur Pulpit and Pen. “I said I went to heaven because I thought it would get me attention. … People have profited from lies, and continue to.” Tyndale swiftly yanked the book from shelves, and Alex’s father dropped off the map entirely (The Washington Post even erroneously reported that he’d died).

That was four years ago. But in her piece, Graham delves into everything that happened between the coma and now, and what she uncovers is a sad, confusing story that played no smart part in tearing a family apart.

Alex is 21 now and lives with his mother, who divorced Kevin in 2018. The money the Malarkeys earned from the book is long gone, and Alex’s mother Beth says the two of them are “on the verge of being homeless.” They’re suing Tyndale for defamation and exploitation, though a judge has dismissed most of the lawsuit.

The two of them say that Kevin was the one who saw an opportunity to turn what Alex now describes as the product of a hyperactive imagination into a lucrative book deal, and they describe themselves as hesitant partners in the project. Kevin, who also spoke with Graham, strongly disagrees. He stands by what his son told him at the time, and his testimony adds a very strange layer to what would otherwise be a pretty straightforward case of cynical opportunism.

As Graham writes, “What happened after Kevin signed that contract is at the heart of the conflict still swirling around the book: Who wrote what, and what did they really believe about what they were writing?”

That question is probably impossible to answer beyond a shadow of a doubt. Alex’s mother Beth now denies the whole thing along with her son and says her theology at the time was “not as sound as it is now.” But Kevin maintains that “Alex either lied when he was six or when he was 18.” He says he was very hurt when Alex came forward denying the entire experience. In fact, Kevin says he had no idea Alex was going to recant anything. He found out along with the rest of the world in 2015.

The whole thing is a strange, sad, fascinating look at the ways success can change people who might, in turn, change their theology, or vice versa, or perhaps something in between. You can, and should, read the whole thing here.

Studies: Anger and Unforgiveness Can Make You Physically Ill

Study: White Evangelicals Least Likely to Say the U.S. Has a ‘Responsibility’ to Accept Refugees