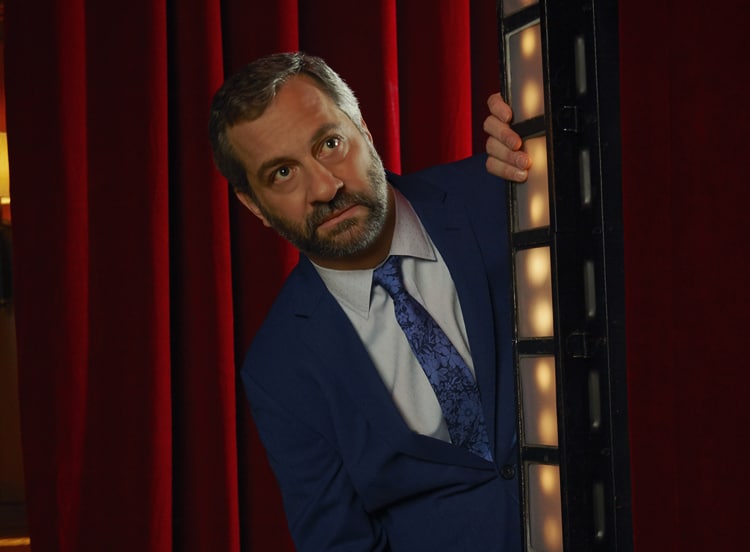 With these opening words, a beleaguered chemistry teacher introduces his new class to the essence of their subject, and in so doing also introduces himself as the central character of the hugely successful TV series Breaking Bad. Poor Walter White has had a difficult life. Cheated out of monetary rewards from his groundbreaking chemical research, he is resigned to life as an awkward schoolteacher, moonlighting into the early hours at a carwash to make ends meet. The intense financial pressure, trying to support his heavily pregnant wife and disabled teenage son, is exacerbated when he is diagnosed with inoperable lung cancer. He just cannot catch a break.

The unraveling of Walter White’s life and his slow-burn on-screen mutation was compulsive viewing. Perhaps identifying with the mundanity of the domestic treadmill, viewers were drawn to the dark-Cinderella transformation, a near-nobody becoming a drug lord. Or perhaps they were intrigued by the bonding of the two protagonists, equal but opposite. Or perhaps there was a strange familiarity with the ever-increasing cascade of crises during which God seems nowhere to be found.

The Book of Ruth is a bit like Breaking Bad, with very different results: Two strangers of very different ages and backgrounds, and with nothing left to lose, are united and transformed as they struggle together against all odds. And throughout this entire book of the Bible, God seems completely absent. There are no divine visitations, no prophecies, no priests, no visions, no dreams, no angels, no thunderbolt miracles. This is particularly peculiar since the events of this story will end up shaping the whole future of humanity.

Perhaps the Book of Ruth is close to how most of us experience life. Maybe for us, whether on the daily treadmill or in the midst of a crisis, we have come to expect that there will indeed be no divine visitations, no prophecies, no visions, angels or thunderbolt miracles. Perhaps bitter experience has taught us that just when we need God most, He feels most absent.

Nevertheless, the Book of Ruth also shows us that just when God feels most absent, God is at work most powerfully. The beautiful intricate narrative that will end with the birth of King David’s grandfather, Jesus’ key ancestor, comes to a climax in a scene that takes place on the side of a road. Sometimes, it seems, history is changed by unlikely people in inconsequential places. What we do in private may be more significant than what we do in public. Sometimes it is those conversations and decisions that cannot be caught on camera, shared on social media or even spoken about in church, which end up being of crucial importance to the kingdom of God.

Naomi had arrived in this place worn down by a series of tragedies. First, her family had been forced by famine to become refugees. Then her husband died and, cruelly, her two sons also died, leaving her no option but to return to Bethlehem. Her two surviving daughters-in-law accompanied her part of the road back to a hometown full of painful reminders of happier times. Traveling in the ancient world was a hazardous occupation that most people would never dream of undertaking without absolute necessity. But Naomi intended to complete the rest of the journey alone or die trying. After all, she had nothing left to lose.

One daughter-in-law reluctantly said her goodbyes, but the other, Ruth, remained, undeterred. Clinging on to her mother-in-law, she uttered these words which not only have inspired deep feelings of sorority throughout the centuries, but mark a turning point in world history.

Don’t urge me to leave you or to turn back from you. Where you go I will go, and where you stay I will stay. Your people will be my people and your God my God. Where you die I will die, and there I will be buried. May the Lord deal with me, be it ever so severely, if even death separates you and me. – Ruth 1:16-17

They say blood is thicker than water, but Ruth’s words and life say love is stronger still. In this confession between two refugees at a dusty border crossing, a Moabitess is not only included in Naomi’s family, but in the family of a strange, invisible God who has seemingly stripped one of His own of all joy and hope. This conversion declaration will prove to be of defining significance. Nobody could have guessed the far-reaching spiritual consequences of Ruth’s kindness to a widow in distress.

Here, at this threshold moment, we are drawn into the beautiful personal relationship between two refugee women: one of trust, sacrifice and love. Whatever our stance on the political reasons or solutions for the problem of mass migration, recognizing the humanity at the heart of the thousands of stories of real tragedy should cause us to think hard about our own response.

When I spent time in the refugee camps of Lebanon, I found myself asking how I would react if civil war broke out in my country. What if I needed to get my family away from death squads? What would I do if public transportation was inoperative? What would I pack if my luggage was restricted to two plastic bags? What if the only way to escape violence was to trust black-market people-smugglers, making extortionate charges to desperate people because they have a monopoly on hope? Every one of the refugees I met had faced these heart-breaking decisions.

I also found myself asking if I really understood hospitality. When I saw the sacrificial welcome that Lebanese Christians, themselves facing the daily challenges of life in a volatile situation, gave to Muslim refugees, it made my own efforts at compassion seem insignificant. They were not just donating old clothes they were going to throw out anyway and calling it generosity. They were not just alleviating their consciences by liking a Facebook post, wearing a ribbon or writing a check. No. They knew each refugee by name and could tell their stories because they had welcomed them into their lives and families.

The book of Ruth raises the bar of hospitality and compassion. Ruth’s commitment to Naomi proved not to be just lip service. She left her own blood relatives, the possibility of safety and security, her hopes of remarriage and of children, in order to be with Naomi.

God’s hospitality shines through too. God showed His mercy through a refugee girl who chose to stick by her grieving mother-in-law. God took special care of widows and the strangers in this story, not only blessing them, but blessing others through them. God orchestrated the details so finally the scene was set for a genealogy fit for His own Son. God took two broken women and connected them to each other, to King David, and ultimately to Jesus, whose own act of merciful hospitality would also guarantee their eternal security.

What happens when bad things collide with good people? Walter White’s misfortune transforms him from an upstanding citizen to a corrupt criminal, embodying everything he initially despised. His motivation and morality are compromised with chaos and destruction left in his wake. Naomi’s misfortune, on the other hand, leads to a very different study of change—a transformation catalyzed by the kindness of strangers, bringing hope and healing her soul. The Lord God of Hosts, although appearing utterly absent from her life, reveals Himself as the architect of positive transformation for the last, the least and the lost.

Editor’s note: This is a piece excerpted from Dr. Krish Kandiah’s book, God is Stranger. Used with permission.

Dr. Krish Kandiah is the founding director of a fostering and adoption charity Home for Good. This article is an excerpt from his latest book is God is Stranger: Finding God in Unexpected Places is published this week by IVP USA.

US Abortion Rates Continue to Plunge to Historic Lows