From radio to tv to online columns, people are raving about Fifty Shades. So, in keeping with my commitment to stay on top of the popular literature in our time (a commitment that has introduced me to character greats like Harry Potter, Katniss Everdeen, and Lisbeth Salander), I read Fifty Shades. There is so much to be said about it. It’s poorly written with a terrible plot and poor character development. It’s hard evidence that the use of pornography and erotica is on the rise among women, that it’s not just part of some fringe culture (as I naively mistakenly thought), but mainstream. It is, indeed, a backsliding among a generation of women who take for granted their hard-won equality and fantasize about sexual subservience. It’s an illustration of how far our desires have fallen, how twisted and off-the-mark they have become.

But what concerns me most about the Fifty Shades phenomenon is how deceptive these fantasies are in how they twist the realities of violence against women. This week, The Atlantic published a story that documented the lives of six women from the Pakistani city of Karachi. Aeyesha, 18, was raped in her uncle’s house while she was trying to get bread for her family. Rehana, 37, says that since her husband sees her as an “animal with no rights”, broken ribs, broken teeth, and miscarriages are “routine”. Salma, 39, is often threatened with acid and cries in the shower when she sees her battered body, broken and bruised again and again by her husband.

These are only a few of the handful of stories emerging from Pakistan, the third most dangerous place in the world for women. In 2009, 8548 cases of domestic violence were reported in the four provinces of Pakistan. Four in five women face some form of domestic violence. But that’s Pakistan …surely things are not so grim in the Western world? Think again. In the U.S., the number of abused women falls to one in four, but domestic violence is still the leading cause of injury for women between the ages 15 and 44—more than car accidents, muggings, and rape combined. In America, a woman is beaten by her husband or partner every 15 seconds.

But Fifty Shades is all in good fun—it’s consenting sex, and after all, Anastasia is presented with a contract that if signed, will be her consent to be a Submissive. By signing the contract, she will knowingly be agreeing to stipulations such as, “The Dominant accepts the Submissive as his, to own, control, dominate, and discipline during the Term. The Dominant may use the Submissive’s body at any time during the Allotted Times or any agreed additional times in any many he deems fit, sexually or otherwise.”

The real harm in Fifty Shades—and other “literature” like it—is that it dulls our conscience to the hideous crime that domestic violence really is. Studies show that repeated exposure to violent pornographic material (like Fifty Shades) is linked to more aggressive behavior. Feminist writers have rightfully long argued that pornography ”promotes a (cultural) climate in which acts of sexual hostility directed against women are not only tolerated but ideologically encouraged.” 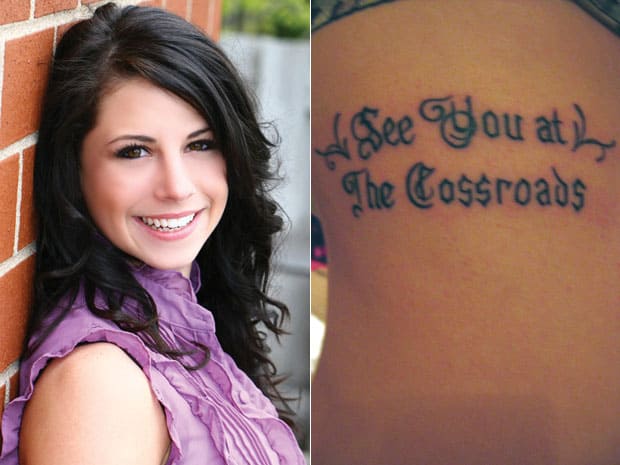 Does Your Tattoo Artist Know How to Spell?