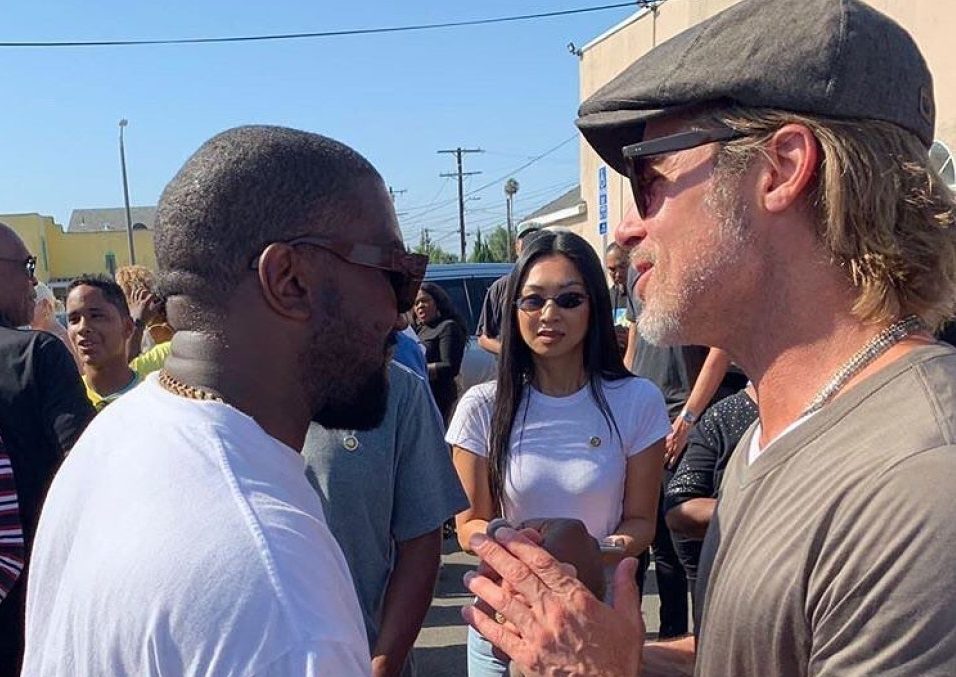 Sunday Service has gone from a curiosity to Kanye West’s remaining fans to a full-blown … what, exactly? It’s not quite a church service, though there is spiritual music. It’s not quite a concert series, but there is merch. And it’s not a celeb hangout, but Brad Pitt was there this weekend.

Apparently, it’s his second time, though his debut must have flown under the radar.

In keeping with Kanye’s Big Youth Pastor Energy, this Sunday Service featured redeemed takes on Tupac’s “California Love” (instead of “California knows how to party”, they sang “glory, glory, hallelujah”) and Drake and Travis Scott’s “SICKO MODE” (“He’s the light” instead of “Out like a light”.)

It’s another strange leap for this exceptionally strange little cultural bauble, but it looks like Sunday Service is bleeding over into the rest of Kanye’s work, if the rumored title of his next album is any indication.