In his speech “You Are Brilliant and the Earth Is Hiring,” Paul Hawken says: “If you look at the science about what is happening on Earth and aren’t pessimistic, you don’t understand the data. But if you meet the people who are working to restore this Earth and the lives of the poor, and you aren’t optimistic, you haven’t got a pulse.”

Although he was talking about the state of the planet, his words are also apt on the topic of racial justice: If you look at the data that shows how racial violence has evolved throughout history and aren’t frustrated or exhausted, then you probably don’t understand the full story. But there are wonderful people who are working toward a world where race is no longer a negative determining factor of social outcomes, and their work is grounds for inspiration and hope for us all.

Bryan Stevenson, public interest lawyer and executive director of the Equal Justice initiative, is one of those people. Through lectures, books and advocacy, Stevenson is contending to change the narrative around race and racism in a way that is clear, convicting and hopeful.

April 4 will mark 50 years since the murder of Dr. Martin Luther King, Jr. That same month, the Equal Justice Initiative will open a new museum of African-American history dedicated to educating people on the history and legacy of lynching in the U.S.

RELEVANT spoke with Stevenson about the movement for racial justice and what needs to happen in American society in order to create a more just society.

RELEVANT: You’re opening The Legacy Museum: From Enslavement to Mass Incarceration about the history of lynching and you’re educating people on racial justice. How do you see a connection between what you do on a daily basis and how that is connected to pursue racial justice?

Well, I’ve just come to recognize that we have a huge problem in America and we have never honestly confronted the legacy of racial inequality. We are still burdened by the history of slavery, lynching and segregation and it compromises our ability to have a just system, and we have to deal with it. I, in many ways, believe we’re not going to achieve a fair justice system that treats people equally, regardless of race, gender or ethnicity until we make a deeper and more honest commitment to overcoming this history of racial bias.

So that’s why we have dedicated a lot of our time and resources to changing the narrative about race. I think we need to have a different conversation about slavery and what it’s done than we’ve had. We need to understand the legacy of lynching more honestly and carefully, we need to even revisit segregation and the legacy that it’s created if we’re going to make progress I think there is a continuing presumption of dangerousness and guilt that gets assigned to people of color, I think it would break Dr. King’s heart to know that black youth in New York are getting stopped and frisked, that this police violence that has been such a problem for over a century continues, that we haven’t made the commitment to overcoming bigotry and race discrimination in the way we need to.

What’s the role of law in all of this?

That’s a really important question and I’m so glad you’re asking it because I think what we forget that in the 1870s, Congress passed laws that were designed to overcome racial inequality. There was the Civil Rights Act, in the 1870s, there were anti-terrorism acts designed to prevent lynching and mob violence against black people. There were acts that were supposed to guarantee voting rights to the formerly enslaved black people. Equal Protection was an amendment adopted by Congress, and the U.S. Supreme Court essentially overturned all of these legislative acts.

It was also our use of law that created 100 years of apartheid, disenfranchisement, segregation, exclusion and poverty [in the first place]. And it was only in the 1950s where we had this moment where the Supreme Court became supportive of civil rights after a lot of activism and organizing, then we began to see things like Brown vs. Board of Education and Boynton vs. Virginia and all of the cases that struck down legalized segregation.

And then I think the Court eroded essentially to where it had been for most of its existence. It became more hostile to civil rights, less committed to equal justice. We saw cases like McCleskey in 1987 where the Court upheld the death penalty despite overwhelming evidence of racial bias. We saw the Court retreating from commitment to diversify education and employment. You saw the Court articulating concerns about white people who might be adversely affected by efforts in responding to histories of discrimination. And if anything, that trend has continued. So I do think that the rule of law is critical in achieving racial justice.

You’ve been able to sit with some renowned Civil Rights leaders like Rosa Parks and Fred Gray. What would you say is your biggest takeaway from spending time with these freedom fighters?

I think first you have to be willing to believe things you haven’t seen. If you let only what you’ve seen define what’s possible, we’re not going to make anywhere near the progress we need to make. I think it’s critical we remain hopeful that we can achieve things that haven’t been achieved. I actually think hopelessness is the enemy of justice. And so I think to be a social justice advocate, you have to be hopeful, you have to be willing to believe in things you haven’t seen, you’ve got to actually have the capacity to imagine things a lot of other people are going to say are unimaginable or aren’t going to happen.

So, the big question for a lot of us right now is where do we go from here? What will it take for us to achieve racial justice in this country?

I think we’re going to have to be more open, more focused, more intentional about overcoming this legacy, this history. And that’s why these cultural projects—our museum, our memorial, our reports on slavery and lynching and segregation—are real priorities. … I just don’t think we can make the kind of change we need to make without a deeper understanding about where we are.

You can’t cure a disease you haven’t properly diagnosed—you can’t just hope some random assignment of drugs are going to work. You need to make a diagnosis, you need to come up with a treatment plan and then you need to implement it to get healthy. And I think we’ve done a very poor job at diagnosing the social health of this country when it comes to our history of racial inequality. I don’t think we’ve developed a right plan, and I don’t think we’ve been intentional about implemented strategies, tactics and education that are necessary for us to become the kind of society that many of us want us to be.

It seems like so many people are resistant to having a proper diagnosis. People get very sensitive about this topic, but you manage to approach it with a lot of grace without mincing the truth. Can you comment on that balance?

I have spent most of my career defending people who have made mistakes, who have fallen down, who have done things that are regrettable—oftentimes even reprehensible. And I have always believed we are all more than the worst thing we’ve ever done, and so I can’t argue for mitigation, redemption, rehabilitation and restoration for my clients if I’m unwilling to give it to the communities and systems that have, in many ways, failed poor people and people of color.

So I think we have to be direct, honest and clear about what the problems are, but we can be hopeful, we can be committed to something redemptive, transformational. And for me, that is an important part of how I want to go about the work that I do. We have a history of horrific enslavement. I think that what happened to native people was a genocide. I think the terrorism which defined the era of lynching is devastating. I think segregation was a complete abandonment of the rule of law.

What would you say to someone who says, “I agree with you, I’m with you, I want to do something, but I am just one person.” What can the average person do to play a part?

I feel like these problems are so pervasive that we’re all touched and affected by it. We’re all making decisions when we participate in elections. We’re either supporting an end to mass incarceration, or we’re being indifferent to it. We’re either supporting an effort to deal more honestly with our history or we’re neglecting that. You know, we have time. You either use your time to do the things that are just about your needs, or you share some of that time helping to meet the needs of others. We have hundreds of thousands of people coming out of jails and prisons each year, many of whom are going to go back to jail or prison because no one will help them manage some of the issues that have to be managed.

There are lots of organizations willing to play a role in addressing these issues, but they can’t do it without the support of individuals. And every individual who reads this article or lives anywhere in America has this capacity to make a statement to be a witness to make a commitment for change, for justice, for a better future. No one is really immune from playing a role or contributing in some way to making a difference. 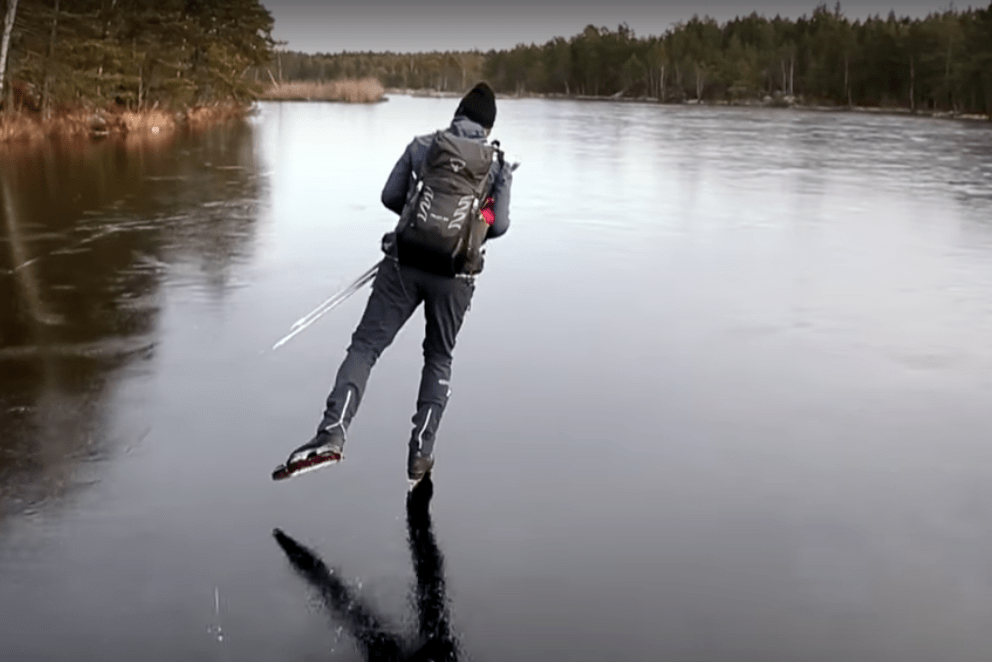 Check Out the Awesome Sound of Skating on Black Ice 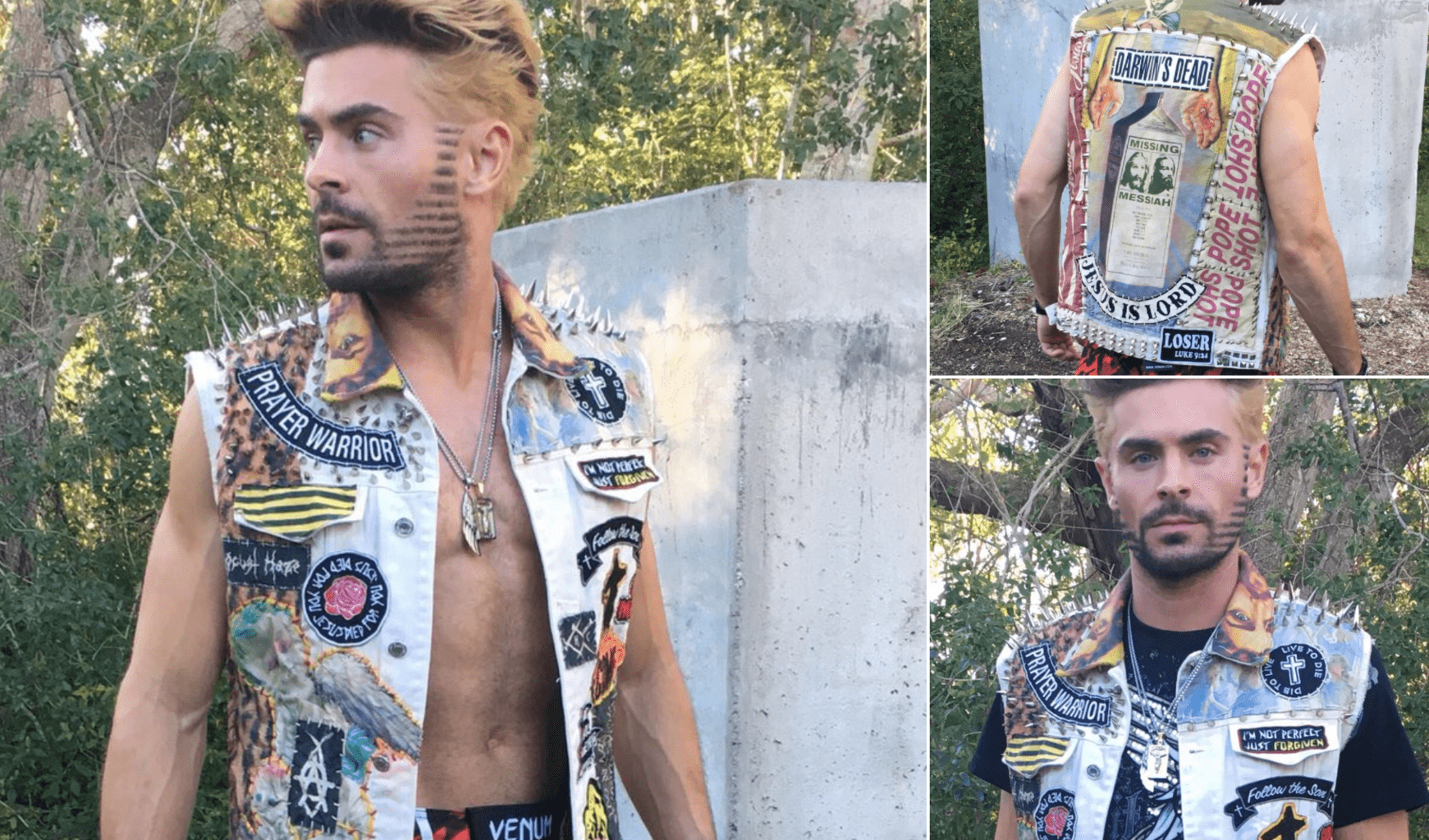