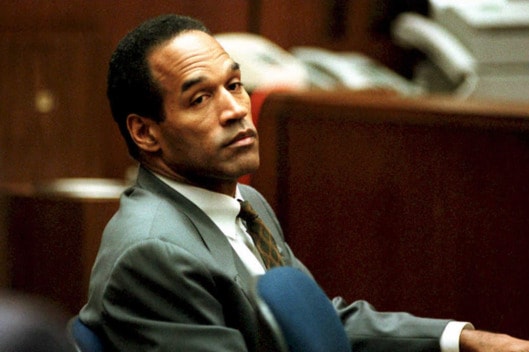 If anything can support restorative properties of the entertainment industry, it’s this. Thanks to the new FX miniseries about the O.J. Simpson murder trial, the events that had every person in the country captivated and glued to television sets more than 20 years ago have been back in the headlines. Now, in an unexpected twist, the LA Times reports that a folding knife was found by a construction worker at Simpson’s mansion and was handed over to an off-duty cop from the traffic division who was working security on a nearby movie shoot. Different versions of the story report that the knife was either found “several years ago” or it was found in 1998, when the house was demolished. Either way, the knife’s existence was only recently made known to police, who are now testing and investigating it. The LAPD cop who kept the knife for nearly two decades intended to engrave and frame it. An indignant friend of the now-retired officer informed authorities, who confiscated the weapon for biological evidence testing. Authorities are also looking into what charges, if any the officer could face if the knife turns out to be evidence he withheld.

2 Smugglers Sentenced for the Death of 3-Year-Old Refugee, Aylan