A one-line bio of former CCM singer Joy Williams reads like this: girl hits it big, sabotages own career. Signed on the power of her arena-spanning voice, Williams burst on to the Christian radio charts at the beginning of the decade, and went on to sell more than 250,000 copies of her first three albums and picked up 11 Dove Awards (think Grammys for the Christian subculture) along the way.

Only problem was, she wanted out. After her third album, the then-24-year old found herself in a musical situation that she didn’t have any passion for. “I got signed when I was 17, before my senior year of high school,” Williams explains. “I had grown to a different place as person. I either had to change things drastically or become a duplicitous person.”

In a nearly unprecedented move in music, Williams talked her label into allowing her to leave music altogether. She looked at enrolling in school to study psychology and worked briefly as an advertising assistant for Paste magazine while looking for what her next phase of life would hold.

Ironically, she accepted a one-day co-writing session with a friend, which led to more songwriting work. Which eventually turned into a job. Before long, Williams was in L.A., writing for everyone from Disney artists to songs for American Idol. As the songs came, she felt a longing to return to both the stage and the studio.

But a comeback would be strictly on her terms. Between having to leave her first label and the current state of the music industry, returning to a label was never an option for Williams. Instead, she founded “Sensibility Music” with husband Nate, keeping her career in-house. And it worked. Her song “Charmed Life” was used on the season 5 finale of Grey’s Anatomy, and the single “One of Those Days” has brought her back to CCM radio.

One more important thing happened along the way. Williams met a Georgia-based songwriter named John Paul White. When the two wrote together, many of the songs would inadvertently become duets. Eventually, enough of this material came together to form an official band. The duo dubbed themselves “The Civil Wars” and introduced themselves to the world though a video cover of Leonard Cohen’s “Dance Me to the End of Love.”  In less than a month more than 10,000 people downloaded their free “live at Eddie’s Attic” album.

I spoke with Wiliams on being one of “The Outsiders,” by making music that falls somewhere between the Christian and mainstream worlds.

On The Implosion of the Music Industry

I think it’s causing everyone to check their motives. You can’t be casual anymore, like “I kind of want to do music.” This is a family business. My husband and I are doing it together. We’re risking our house, we’re risking our idea of security, because I don’t know what the outcome is going to be. But as I look around, I don’t see many surefire jobs that are safe now, so I might as well do what I love.

On Looking Back at her CCM Career

It’s like looking at a high school yearbook. I listen to those old records, and it’s like saying, “There’s where I was sophomore year.” Those records are a sonic representation of a very different era of my life, but still a part of my story. It all brought me to where I am now, every song helped me find my real voice.

On Growing Up, and Leaving

I signed a record deal when I was 17, the summer before my senior year of high school. At that point, I was excited about how enthusiastic other people were about my music. I was very malleable. But as I moved forward in my career, I began to see that I was missing a connection with the audience by letting other people tend to my songs. I wanted to put the things I would say in conversation into my songs … but I felt like, on some level, there was certain territory I couldn’t go to. The temptation that every song needs to be a radio single can limit an artist’s honesty. As I continued to grow up, mature and my musical tastes began to change, I realized that CCM is the only genre based on lyrical content. The music that was touching my life wasn’t just coming out of the CCM market. I wanted to be a part of a larger conversation.

On Faith and Her New Songs

Everyone sees life through a grid. Part of my grid is faith. When I was in CCM, I was just singing about the grid. I’ve come to a point where I want to sing about what I see through the grid. In CCM, I was always pushed to sing about faith from a “victorious” angle, when I feel like so much of faith is wrestling through questions.

On Creating Outside the CCM Box

In this season, I am very excited about the power of nuance. I think that when things aren’t all the way spelled out, there’s room for intrigue. And when things aren’t said aloud, there’s room for dialogue instead of a monologue. I’m really excited about creating music that breathes…that makes people feel welcomed, not alone, free to be themselves and to ask the deeper questions.

Seth “tower” Hurd, 26, can be heard on Chicago’s 89.7 Shine.FM (www.shine.fm) and on FUSE FM in Michigan (www.myfusefm.com). He recently completed his 10th triathlon.

Seth Tower Hurd serves as Marketing Director at Parkview Christian Church in the Chicago Suburbs, one of the fasts growing churches in America. Connect with him on Facebook and Twitter. 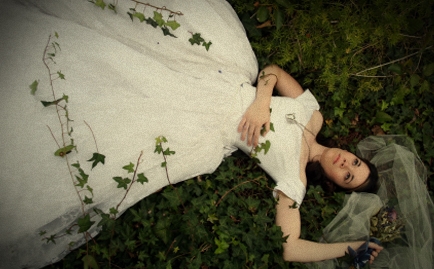