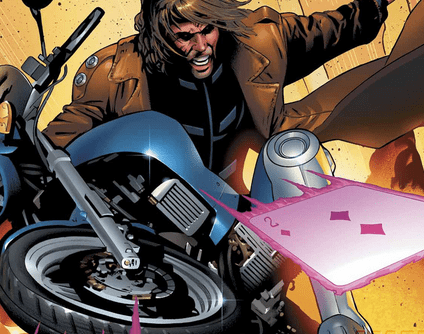 Even though X-Men: Days of Future Past hasn’t even come out, rumors are already starting to swirl about 2016’s X-Men: Apocalypse. Specifically, it’s looking like Channing Tatum could be portraying the playing card-welding, Cajun-speaking bad boy Gambit. In an interview with MTV, Tatum said he’s already met with X-Men producer Lauren Schuler Donner, and told her he really wants the role:

I would love—Gambit’s my really only X-Men that I’ve ever loved. I [mean] I’ve loved them all, they’re all great, [but] I don’t know I guess just being from down south—my dad’s from Louisiana and I’m from Mississippi, Alabama, and Florida—I don’t know I just related to him. He’s just kind of a suave; he’s the most un-X-Men X-Man who’s ever been in X-Men, other than maybe Wolverine. He’s kind of like the anti-hero; he’s a thief. He’s not even like a hero, he’s kind of walking the line of grey.

I Have Spiritual Doubts. Now What?