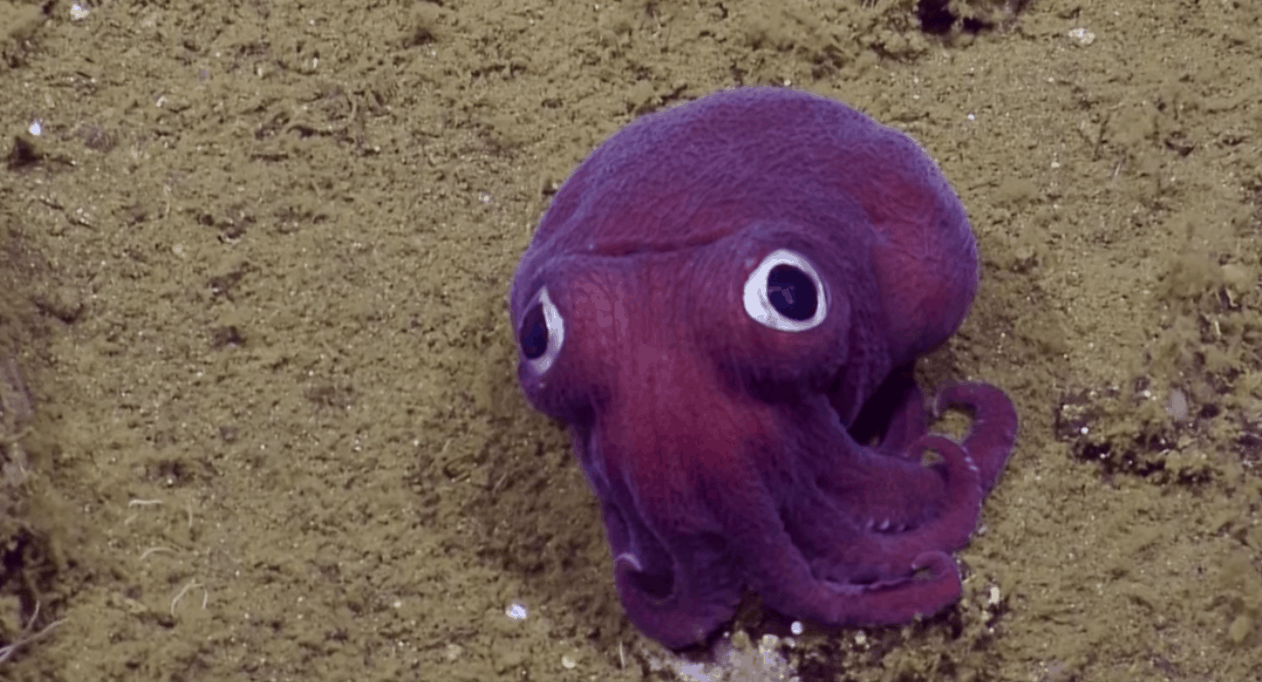 A craft exploring the ocean’s floor off the coast of California had a weird encounter this week. A live video stream from the “Hercules” exploration craft captured a hilarious-looking, “googly-eyed” squid, that is so adorable, it doesn’t even look like a real creature.

In a statement, the research team explained, “This species spends life on the seafloor, activating a sticky mucus jacket and burrowing into the sediment to camouflage, leaving their eyes poking out to spot prey like shrimp and small fish.”

The team onboard the Nautilus boat is also livestreaming footage they capture from the ocean floor, so you can look at more cool creatures in real-time, and listen to the crew’s commentary about all of the weird stuff they find.