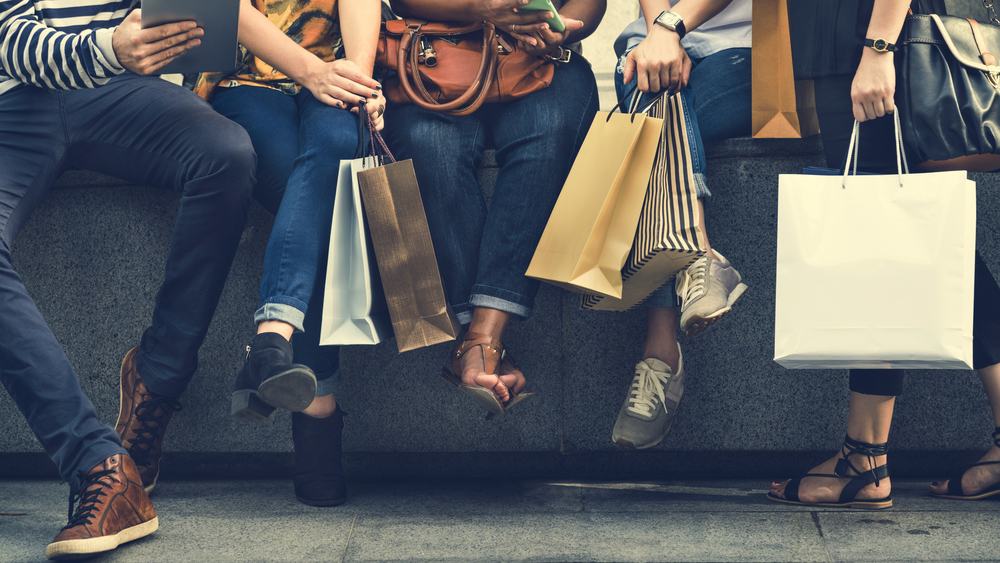 We are living in an era of artisanal boom. As a backlash against cheap, mass-produced products, many young consumers are embracing this resurgence in craftsmanship. You’ve probably seen them: In urban areas that have large millennial populations, it’s not uncommon to encounter everything from artisan coffee shops and boutique clothing stores to small art galleries or storefronts selling custom furniture.

There’s always been a market for quality, handmade items, but thanks to online hubs like Etsy and Pinterest, the trend has found a new kind of exposure that has fueled a small boom in craftspeople who sell their work to consumers they could never before reach. According to some research, the “Maker Movement” (described by USA Today as “a growing army of hackers, designers, artists and entrepreneurs”) pumps nearly $29 billion into U.S. economy annually.

The movement has grown so big, it has even become the subject of parody (like this segment about $65 artisanal lightbulbs from Portlandia) and the target of imitation, with big brands attempting to cash in on the trend (even McDonald’s has tried to sell an “artisan” burger).

There’s only one “downside” to the popularity of products made from quality materials and employ skilled workers and artists to make them: They are expensive.

There are no shortage of Bible verses that warn of the trappings of wealth and command followers of Christ to carry themselves with humility. We are told that in the kingdom of God, the last shall be first and the first shall be last. That we are to spend our time reaching out to “the least of these” and caring for the poor.

For many, this has been applied as a warning against the type of conspicuous consumption that measures social status and personal success on what kind of luxury items a person owns. As Peter says in 1 Peter 3:3-4: “Your beauty should not come from outward adornment, such as elaborate hairstyles and the wearing of gold jewelry or fine clothes. Rather, it should be that of your inner self, the unfading beauty of a gentle and quiet spirit, which is of great worth in God’s sight.”

What message does it send if Christians—people called to serve the poor—spend obsessive amounts of money on designer items and expensive non-essential goods when there are so many needs in the world? In many ways, spending as little money as possible on yourself seems like an noble mindset.

But is there a danger to making frugality the ultimate consumerism virtue?

The answer isn’t as simple as it might seem.

Everything we spend our money on helps perpetuate the system that helped to produce it. If we purchase a $6 T-shirt we only plan to wear one time that was made under unethical working conditions, then we are helping fund the factory where it was made.

If we purchase a $300 bag made by an artisan leather worker who carefully monitors where their materials are sourced from, then we are supporting the business. And, most of the time, more expensive, quality items are expected to last longer—meaning they will only have to be purchased once, unlike cheap items that can break or fall apart, and need to be replaced again and again.

Though some cases seem relatively cut and dry, the same example, when pulled out to further extremes, can get more complicated: Is it more ethical to buy a cheap, essentially disposable wrist watch or a Rolex that costs $10,000?

The cheap watch may have been produced in a factory that uses dangerous environmental practices, treats employees unfairly and puts no effort into original design or creative expression. The Rolex is made by a company that operates more like a nonprofit than a business, and uses parts of its revenue to support charities, assist the blind, provide jobs for craftsmen and fund schools that teach the art of watchmaking.

Obviously, it’s an extreme example (and we’re not suggesting everyone should go out and buy a Rolex). But it underscores a deeper conflict: In order to make purchases that support our values, we must be willing to be conscious, thoughtful consumers—even if it means spending more on quality items. There’s a line between excess and restraint; flashiness and durability. But finding that line may require inward reflection, conviction and knowledge of the products we buy.

What Should We Buy?

The reality is, there are many people who simply can not afford to purchase clothing, food and consumer goods outside of their budget. Millions struggle to be able to provide their families with basics needs like food, warm clothing and shelter. It’s completely understandable that those with limited means would choose the most economical choices. It can literally be a matter of necessity.

But for those who can afford to spend more—the type of consumers who regularly throw down $5 for a cup of coffee—being informed about our spending choices can help us support the kind of values that provide people with quality jobs and produce culturally significant art.

This doesn’t mean we should simply adorn ourselves in the latest luxury clothing items and spend money we don’t have on expensive things. If we are buying things so that we maintain a certain image or show off how much money we have to spend, it may be time examine our motives (check out this tool for a specific way to do just that). However, we should also be just as concerned about being conscious consumer as we are about conspicuous consumption.

That’s why being informed about our purchases is so important.

Companies like Shinola—which makes high-end watches, bicycles and more—provide careers in areas of Detroit devastated by the economic crash. Krochet Kids sells clothes, bags and hats made by impoverished women in Uganda and Peru who are given an income to support their families and communities. Everlane sells quality, fashionable clothing while providing customers with information about the factories where their clothes were made, vetting locations so that they all meet high ethical standards. Amish-made furniture is notoriously expensive—but that doesn’t mean it’s overpriced. Much of it was made by woodworkers who’ve poured countless hours into every piece, utilizing techniques perfected over generations.

By putting ethics over (or at least at the same level as) price in the list of purchasing priorities, we can at least ensure that the priorities are in balance.

Ultimately, purchasing decisions shouldn’t always come down to the cheapest option if it is within your means to spend more.

Instead of only seeing the things we buy as simply products we own, we should also view them as representations of our convictions. At that point, it’s no longer just about us as the last stop in the consumption process—it’s about investing in products that are a reflection of what we really value.

This Trailer for ‘Midway’ Is Mostly Explosions, But Looks Very Cool

Here’s the New Song from NF, ‘When I Grow Up’