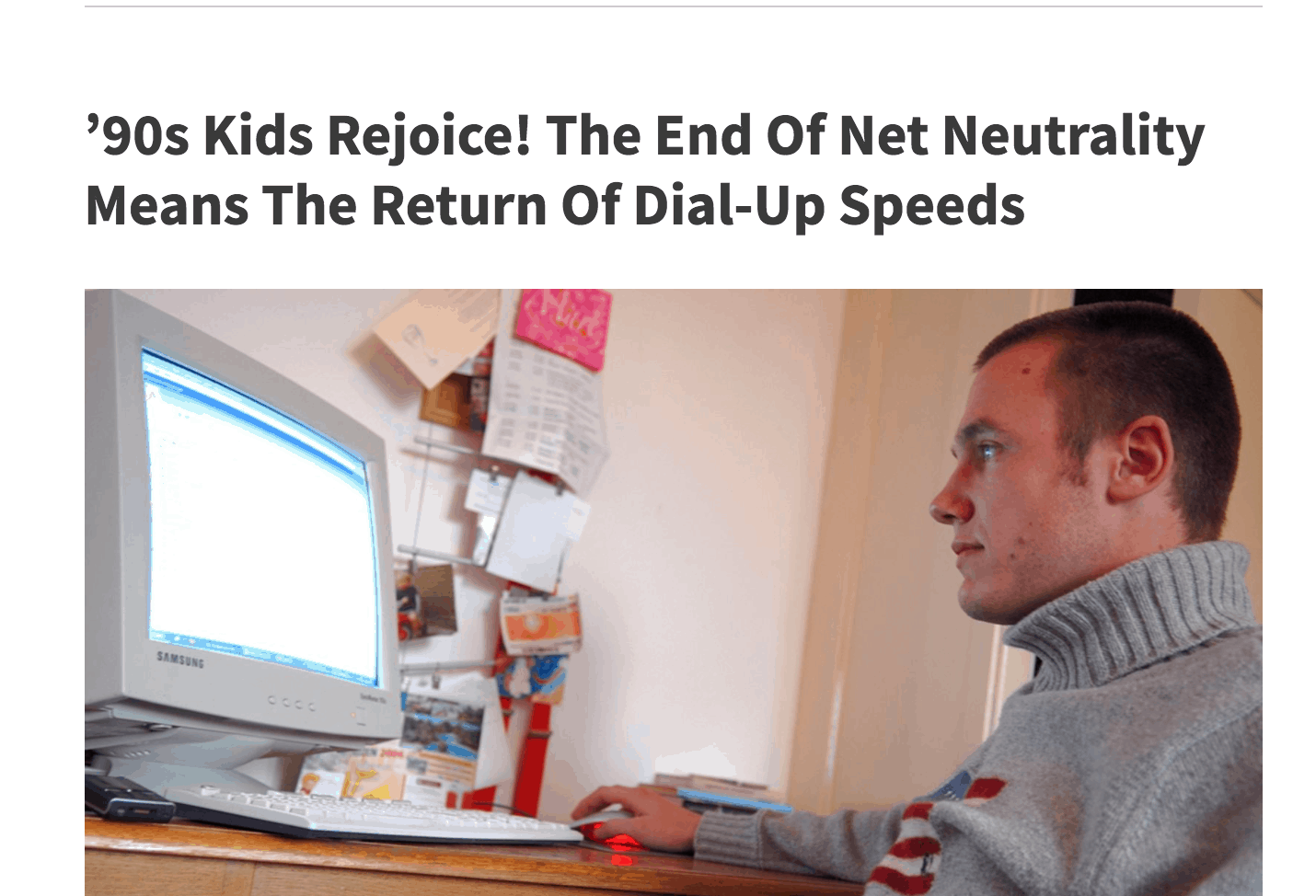 As you may have seen, this week, the Federal Communications Commission announced plans to roll back a policy known as Net Neutrality. Currently, the regulation says that the internet should be viewed as an essential utility, and service providers can’t discriminate between what kind of content you consume. Legally, they have to provide you with the service that you’re paying for without favoring some content over others.

Overturning it has serious implications: It means that your internet provider can dramatically throttle certain sites (like, say, Netflix or Facebook), unless additional fees (which could be passed on to consumers) are paid.

Basically, it allows your cable/internet company (who, in most cases, do nothing to actually create content) to decide what you get to do on the internet, what could potentially be blocked and what you will have to pay more for.

The satirical site Clickhole published their own take on the news this morning, with a story headlined, “’90s Kids Rejoice! The End Of Net Neutrality Means The Return Of Dial-Up Speeds.”

Remember those lazy Saturday afternoons waiting hours and hours for a single Third Eye Blind song to download on Kazaa? Or sharing your A/S/L in AOL chat rooms, talking trash at Smarter Child, and racking up high scores in Math Blaster? The chance to relive those amazing times could be coming back very, very soon!

If it wasn’t so terrifying, it’d be hilarious.

How to Avoid Drama at the Family Holiday Table

‘The Man Who Invented Christmas’ Is Not Your Average Christmas Movie