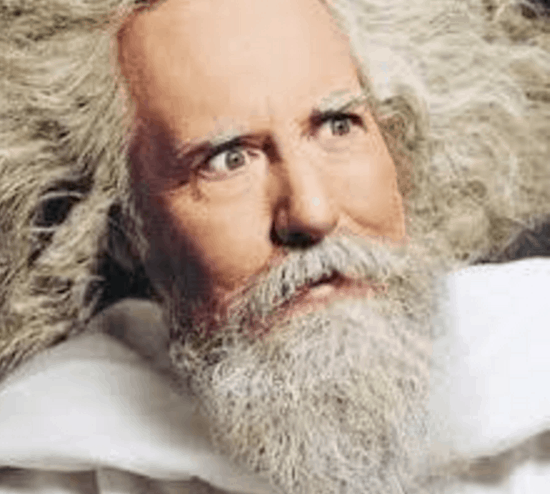 The end is here for the Twitter account of “God.” In an interview with The Frame, writer and comedian David Javerbaum announced that he is ending his wildly popular satirical account @TheTweetOfGod after five years, more than 10,000 tweets and accumulating more than 2 million followers. (Warning, his tweets contain the frequent use of strong language and jokes many Christians may find offensive.) Javerbaum became one of Twitter’s most infamous and controversial parody writers, using his “God” persona for delivering irreverent—and frequently biting—commentary about pop culture, politics and current events.

The former Daily Show writer (he worked on the Comedy Central series for more than a decade), told The Frame that the account recently getting hacked was the “triggering event,” but the decision to end his voice-of-God style persona also had to do with Twitter as a platform.

Working on twitter for a long time, it just miniaturizes the way you think, because that’s the medium. You’re a miniaturist. And if I’m going to work on other things that require anything longer—i.e. anything else in the world—I need to stop doing that.

His thoughts are interesting, especially considering how influential Twitter has become in the world of comedy, where writers who can churn out 140-character one-liners are rewarded with the biggest audiences (as opposed, to say, storytellers, impressionists, visual comics or other types of comedy content creators).

Though Javerbaum will continue his controversial brand of religious comedy (he wrote the popular book Memoirs by God, created the Broadway play An Act of God and continues writing for late-night TV), he seems to have taken more issue with the direction Twitter has gone than with the subject of the comedy itself. He essentially sees it as a destructive force for creativity. He said, “I don’t like the cesspool Twitter has become.” But beyond the criticism Twitter opens up writers to, it’s the instant-feedback, unhealthy, self-promoting nature of the medium that has taken it toll on Javerbaum, even though he’s using the persona of God.

I think the thing I’ll miss most is the thing I’m leaving deliberately. You tweet something and immediately you see people retweeting it and it feels like, Oh, you have made people laugh. You have caused people to react. And it’s a rush. It’s a limbic brain rush to do that. But heroin is also a limbic brain rush, and that is problematic. And after a while—it’s been five-and-a-half years—and, again, it was prompted by the hack. But I want to think about other things. I want to do other things. I’m done. If I have more jokes to offer or anything else to offer the world, I would like it to be in a different medium.

Stop Complaining About Problems in Your Church